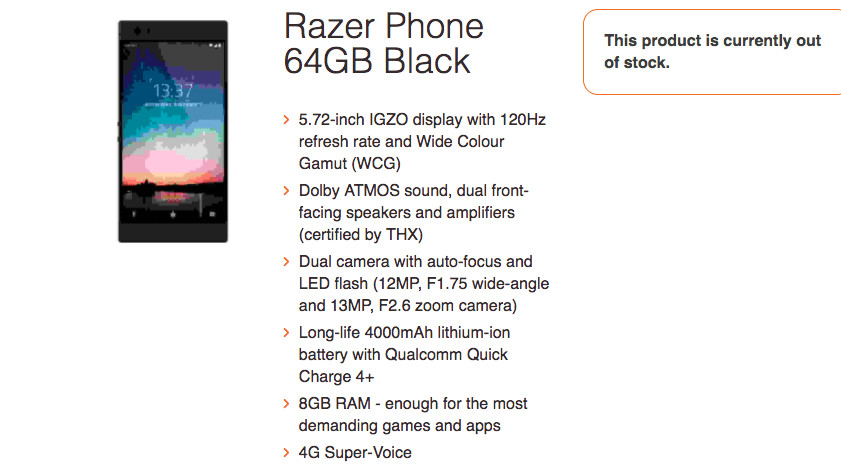 Earlier this summer, Razer came into the spotlight following reports hinting the gaming hardware manufacturer is gearing up to make a foray into the smartphone market. But thanks to a leak from a British website 3G, now we have a better idea of what to expect from its upcoming handset.

As spotted by Redditors, 3G accidentally lifted the lid on the Razer Phone slightly ahead of its advertised November 1 release date, along with a hefty chunk of the device’s list of specs. The website has already taken the page down, but the internet was swift to screenshot and archive the page for the rest of us to see.

As you can observe, the device packs quite a punch. The handset will feature a 5.72-inch IGZO display with 120Hz refresh rate and support for Wide Color Gamut. It will also sport dual front-facing speakers, powered by Dolby’s ATMOS sound system.

In addition to this, the Razer Phone will come with 8GB RAM, a 4,000mAh battery and a dual camera setup – a 12MP wide-angle shooter and a 13MP zoom camera with F2.6 aperture.

The Razer Phone is slated to be officially unveiled tomorrow in a special keynote event in London.