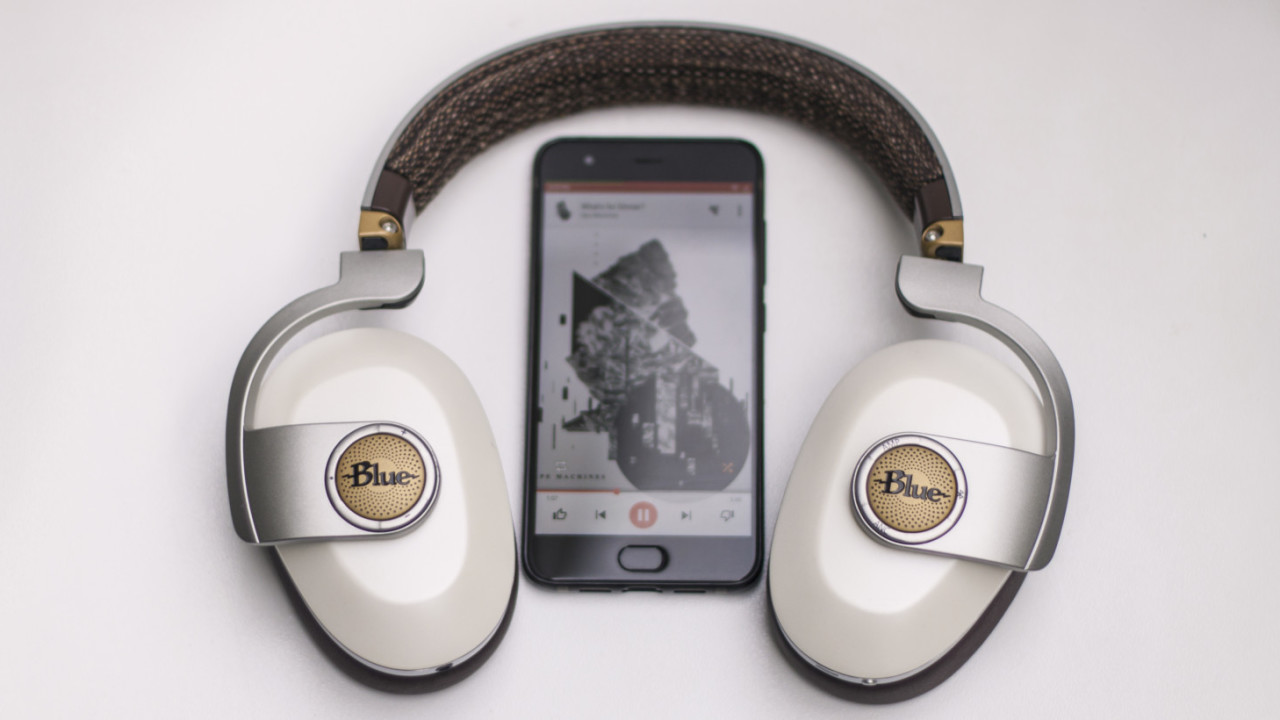 I’m a huge fan of Blue’s microphones and premium wired headphones: the company knows how to build equipment that sounds as good as it looks. Naturally, I was excited to try its newest effort, the Satellite wireless headphones.

At $400, they’re not cheap – but they do offer Bluetooth connectivity, a built-in amplifier, active noise canceling, and a premium over-the-ear design and build. But with a range of similar options out there, I wanted to be sure that these were worth their asking price, and spent a month with them to find out.

With the Satellite, Blue wasn’t going for a particularly compact design; these are full-size on-ear headphones that weigh a fair bit. Thankfully, the cushioned cloth-covered headband alleviates most of the discomfort you’d expect with such a heavy pair.

However, this all means that the set is fairly large, even when folded flat or packed into the beautiful carrying case it comes with. If you intend to travel with these, you’ll about as much space as a DSLR camera and lens would take up in your bag.

They certainly look gorgeous. Blue has a penchant for blending retro chic with modern touches, and it’s brought that sort of design thinking to the table with the Satellite as well. The color scheme, cloth pattern and emblems on both earpads evoke vintage gear, while the Satellite’s clean lines and controls give the set a contemporary look.

The controls are all mounted on the earcups, with buttons surrounding the Blue logo in a circle on either side. I wasn’t a fan of this layout, as I couldn’t ever remember which portion of the circle to press to increase volume or turn the amplifier on – they’re not exactly where I expected them to be, and I frequently had to remove the cans to find the button I needed to hit. They also didn’t offer great response, so it wasn’t easy to tell if I’d engaged a function or not.

The Satellite is fairly flexible in that you can opt to use it with or without a cable, and turn its individual functions on and off as you like, or depending on how long you want the battery to last.

The onboard amplifier adds a bit of punch and a lot more volume to the audio output, but given that they’re low impedance headphones, they don’t actually require much more power to pump out a big sound.

There’s also active noise canceling built in. Combined with wireless connectivity, this would make the Satellite a great choice for folks who fly or commute often – but sadly, it’s only marginally effective at silencing the world around you. As such, it’s not helpful if you simply want to cut out the sound of babies crying on your flight or loud machinery operating near you when you want to nap.

That said, you do get well over 20 hours of use from these cans if you only have Bluetooth turned on. Blue says this drops to about eight hours with the other features turned on, but since those aren’t particularly essential or effective in enhancing your listening experience, you can at least look forward to charging these a little less often than other sets.

Stick with pop, hip-hop, R&B and folk records (or generally anything that’s not inherently loud), and the Satellite manages to deliver crisp, clear audio with a fairly neutral sound profile. Jesse Boykins III, Xavier Omar, SZA and Thundercat’s soulful vocals all shine through the mix on their latest albums.

Switch to rock or metal, though, and you’ll have a hard time justifying your new purchase. Tracks with plenty of separation between instruments, like Audioslave’s ‘Show Me How to Live’ sound fine, until you reach the chorus: the highs clash in a chaotic mess, to the point that you’ll wish the band would hurry towards the next verse and save your ears.

I had similar issues with records by Deftones, Crystal Fairy and Gojira. It seems like crashing cymbals are the Satellite’s Achilles heel, and so most tracks with prominent percussion or crowded choruses are done in by what I believe is a problematic driver design that causes the components to vibrate erratically.

Bluetooth range is pretty decent; the Satellite managed to keep a steady connection with my OnePlus 5 loaner as I walked through my two-bedroom apartment and about 10 meters in any direction in the open-plan coworking space I occupy.

The biggest disappointment with the Satellite is its active noise canceling. It does little more than roll down only the bass frequencies of outside noise, which means you’ll always be all too aware of what’s going on around you – people finding their seats on a plane, the blender running in your kitchen, your co-worker’s desktop blaring YouTube clips. In some instances, it feels like it’s not functioning at all.

As I mentioned before, the amplifier doesn’t bring a whole lot to the table: when engaged, it only feels like you turned up the volume a bit. There isn’t any noticeable difference in clarity, or a widening of the sound stage that might make this worth having around. The effect of the onboard amps on Blue’s earlier efforts, the wired Ella and Sadie headphones, are much more obvious.

Should you buy the Blue Satellite?

As much as I was looking forward to trying Blue’s wireless gear, I can’t recommend the Satellite. They don’t sound nearly as good as they should, their onboard features are disappointing and the package simply doesn’t justify the $400/£385 price tag.

Bose does a much better job with noise canceling on the QC35; I’ve also heard good things about Sony’s 1000X. And both these wireless sets cost at least $100 less than the Satellite. In short, you can certainly do better with your money.

Find out more about the Satellite on Blue’s site; you can buy them in the US from Amazon, and in the UK from Argos, RicherSounds, Dixon’s and Harrod’s.