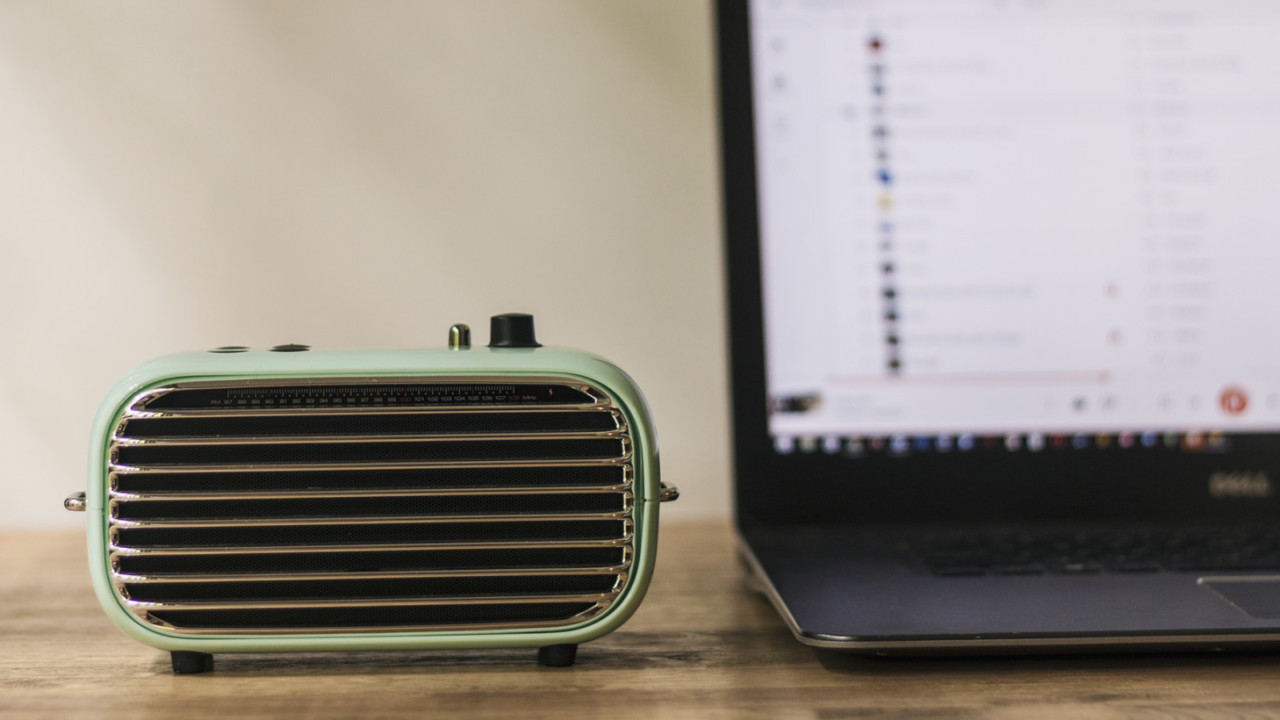 Although it’s not a household name yet, Lofree is intent on making its mark in the tech accessories space with its beautiful, memorably designed hardware. You might remember the brand from our previous review of its gorgeous wireless mechanical keyboard, which I liked a lot.

Its new product, the Poison Bluetooth speaker, is no exception. It’s all about that retro vibe, but also happens to sound pretty good for a device of this size and at this price. Here’s what you get for your money.

The oddly named Poison is, hands-down, one of the best looking Bluetooth speakers I’ve ever come across. With its mid-century FM radio-inspired design, fun details like the chrome grille and ornamental handles, and minimalist controls, it’s sure to get people talking when they see it.

At just over 0.5 kg (1.2 lbs) and a length of 18 cm, it’s roughly as portable as a DSLR camera. Sure, you can get smaller and lighter speakers, but I found that in my use of the Poison over the past few weeks at home, parties and my office, the design strikes a reasonable balance between size and output.

The grille in front conceals an FM tuner panel where you can see what station you’re tuning into; on the back, you’ll find a bass driver diaphragm that with a floating cover that reverberates when the speaker pumps out low-frequency sound, along with a 3.5mm AUX jack and a USB port.

The entire feels durable and well built, but given that it’s all smooth plastic surfaces and no manner of waterproofing, you won’t want to roughhouse with it. That might make the Poison better for use indoors than for the beach or a fishing trip.

The Poison can connect to any mobile device via Bluetooth, hook up to an MP3 player with an AUX cable, or plug into your laptop with a standard USB cable. Bluetooth pairing is quick and hassle-free, and I was glad to be able to get up and running in just a few seconds.

The inclusion of an FM tuner seemed like a gimmick to me at first, but hey, there’s nothing wrong with a feature that works well and lets you enjoy more programming than you can carry on your devices. It’s easy enough to pick up a signal and enjoy clear audio, but there’s no way to save presets.

The Poison packs two 10W speakers with a dedicated bass driver, which work together to deliver a crisp, clear and pleasant soundstage with a prominent low end. It works great for pop, hip-hop and R&B records like Anderson. Paak’s Venice, Stateless’ eponymous album and SBTRKT’s self-titled debut from 2011.

It doesn’t do as well with heavier material like Katatonia’s beautifully detailed Dead End Kings, and Gojira’s modern metal masterpiece, L’Enfant Sauvage. There’s a noticeable amount of distortion at higher volumes that will likely annoy some listeners – so it might not be the best speaker to try and fill a large room with.

However, if you’re alright using it at moderate volume, you shouldn’t have a problem. I was more than happy using the Poison for background music at a dinner party, and for watching a range of YouTube videos in bed.

The company claimed that the Poison is capable of running for six hours in Bluetooth mode on a single charge, and I found that to be about right. However, with a device of this size, one would expect at least twice that; as such, this is another reason why you’re better off rocking the Poison indoors.

Should you buy the Lofree Poison?

If you’re in the market for a pretty speaker, you’d be hard pressed to find one that looks nicer than the Poison in the sub-$300 range. It looks nice enough to leave in any part of your home without it looking too obviously like a gadget, and it’s hard to put a price on that.

That being said, I just wish I didn’t have to turn it down every so often to avoid that troubling distortion. Thankfully, it’s still plenty loud for most indoor spaces around the volume knob’s halfway mark. I’d deduct marks for the Poison’s short runtime, but given that it’s more at home on your bookshelf and in close proximity to a power outlet, I can let that go a bit.

For its current asking price of about $69 (excluding shipping) on Kickstarter, the Poison makes a great addition to your small apartment, office; it’s also an excellent gift for your aesthetically conscious friends at any age. Once the limited-time offer runs out, it’ll cost $120; even at that price, I’d be happy to recommend it to anyone who’s not picky about their sound.

Find out more about the Lofree Poison and get your own from this Kickstarter campaign page.

Update: The Poison speaker is now available from Amazon US at $100, and from Lofree’s site at the same price with worldwide shipping.