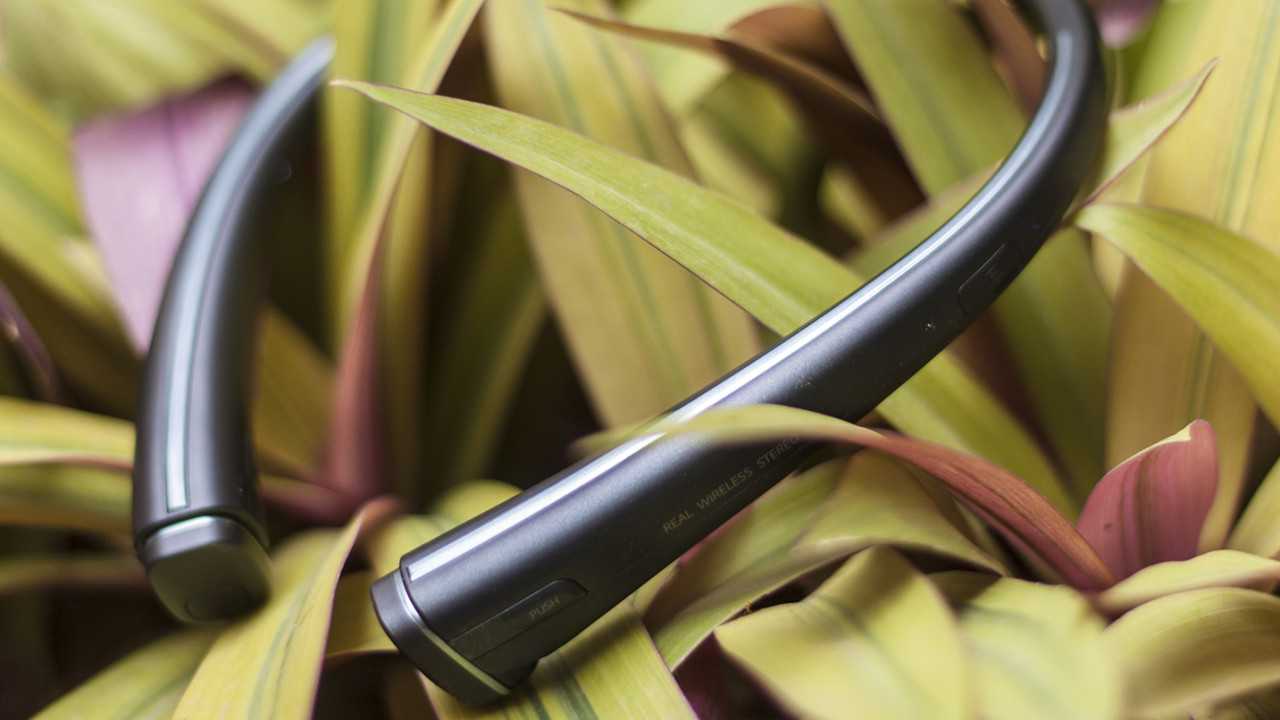 I have a love-hate relationship with wireless headphones. Having reviewed a few sets in the past few months, I love being able to hit the gym without worrying about cables getting in my way, but I don’t enjoy fiddling to get them to connect to my phone or stay in my ears.

Of the lot I’ve tried this year, LG’s new Tone Free earphones, which were shown off at CES in January, are perhaps the most comfortable and reliable buds I’ve worn – and they don’t sound half bad, either.

At $200, they cost a bit more than other options out there, and are a bit unconventional in their design – eschewing a portable charging case for a wearable neckband – but they’re still easy to recommend if you’re in the market for wireless earphones that aren’t a pain to use.

The Tone Free’s design is based on its predecessor from 2015, which had a plastic neckband and two buds connected by wires that would detach from the main unit to reach your ears. With this update, the earphones are completely wireless, which means you can ditch the neckband if you’re not keen on wearing it.

That’s a relief: the neckband just isn’t my kind of accessory, and I’d much rather stick with just the plain-looking, discreet buds. They’re incredibly comfortable, to the point that I’ve worn them till the battery ran out after about three hours on several occasions.

In addition, they’re surprisingly durable. I’ve had them fall out of my ears a few times onto asphalt and concrete (chalk that up to callously whipping off my motorcycle helmet) and they haven’t picked up so much as a scratch.

So yes, the Tone Free’s look probably won’t excite everyone. But if you care more about how much use you’ll get out of them, this is fairly easy to look past. I also like how easy the set is to use with just a single button on each bud: they only support a couple of functions, but that means you’re a lot less likely to mess up your listening experience.

The neckband, which charges your earphones and vibrates to alert you of notifications, doubles as a cradle for the buds when they’re not in use, and extends their battery life by an extra seven hours thanks to its own built-in battery. Of course, you can’t use them while they’re juicing up, but it’s still nice to have backup power on the go.

The buds only allow you to control playback, skip to the next song and answer or reject calls – there’s no volume control or any other audio features to engage. Pairing is ridiculously quick, easy and works perfectly every time – something I can’t say for all wireless sets on the market. There’s also a basic companion app that you can optionally install to check battery levels, choose from three EQ settings and manage voice recordings and notifications (I recommend turning them off).

Once you’re all set up, the Tone Free is a delight to use. It manages a strong signal across several meters, so audio won’t break up or distort if your phone is in your pocket or in the same room.

The balanced armature drivers offer a pleasant sound profile that’s fine for easy listening across most genres, but fails to excite in any way. There’s a fair bit of detail and the highs come through clearly enough, but don’t expect to be blown away when a chorus or bass line kicks in.

Trip-hop by artists like Bonobo and UNKLE sounded fine, as did records by Bruno Mars, Anderson .Paak and Cloudeater. However I didn’t enjoy listening to Elder’s gritty stoner rock masterpiece, Dead Roots Stirring, or Deftones’ modern metal stylings on Koi No Yokan, simply because there isn’t enough separation between instruments to surprise you, or enough power to really draw you in. I’ve been using India-based Tekfusion’s Twinwoofers M2.0 over the past few months, and I miss the presence that set offers.

Should you buy the LG Tone Free?

With the Tone Free, LG has shown that it knows how to craft a durable, high-quality product – but the audio output isn’t anything to write home about.

At its asking price of $200, you’d expect features like a waterproof build, noise cancellation and audio transparency, but those aren’t offered on this set. As such, it’s a bit pricier than I’d like.

However, it’s the most hassle-free set of wireless buds I’ve had the pleasure of using, and their usability makes them easy to recommend. If you’ve been holding off on switching to wireless gear because you’re concerned about range and connectivity, these are worth a try.