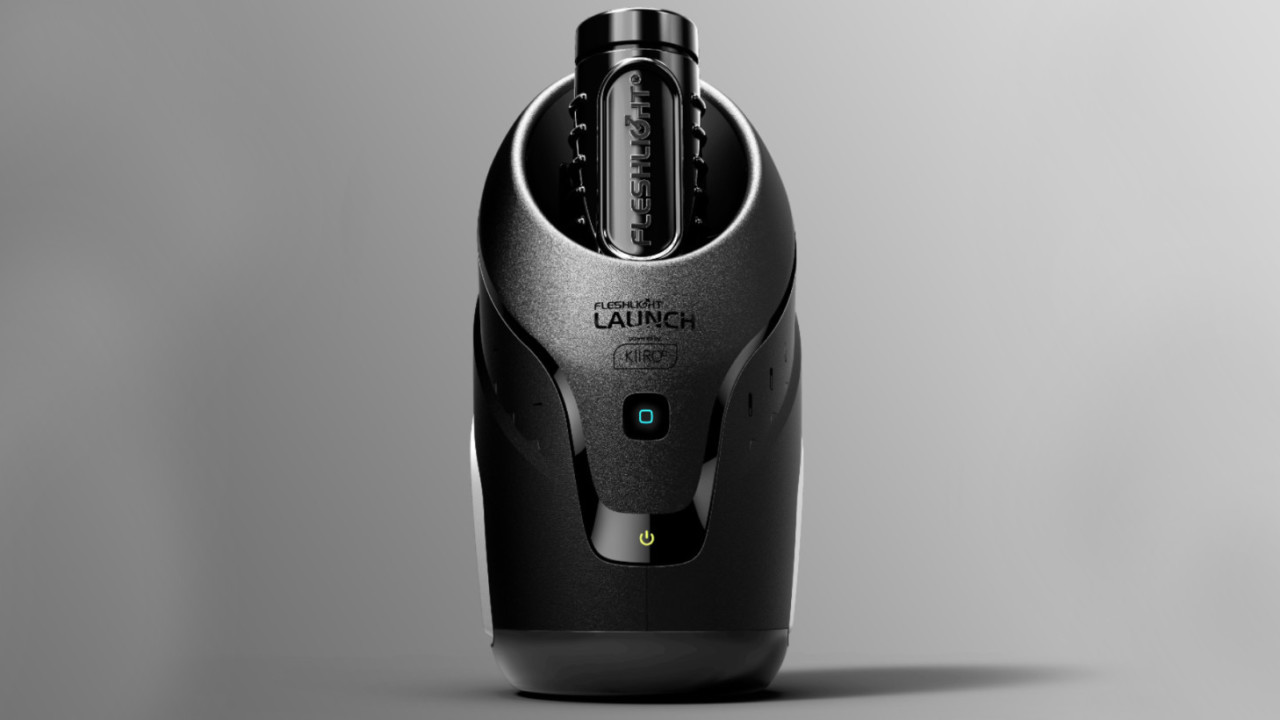 My evenings tend to be rather dull and uneventful, but I was excited on that particular night. I locked my door, dimmed the lights, turned off my phone’s notifications and giddily pulled out my new toy: the Fleshlight Launch.

Disclaimer: This review contains inappropriate language. Please find something else to read unless you’re 18 or older.

The device is the latest collaboration between seasoned adult toy makers Kiiroo and Fleshlight, which have previously worked together on other high-tech teledildonic solutions for long distance dalliances like the Onyx and the Pearl.

As with their previous team efforts, Kiiroo handled the technology side of things, while Fleshlight provided high quality materials for the actual masturbatory accessories. This also means that the Launch is fully compatible with practically any Fleshlight toys for men.

The Fleshlight Launch comes with two modes: manual and interactive. Unlike the manual option which puts you in control of the speed and frequency of strokes at which the device operates, the interactive mode is entirely hands-free and fully synced up with the videos you watch – so you won’t even have to lift a finger.

You would usually be expected to fully charge the device before using it – which could be a nuisance for users yearning immediate satisfaction – but I made sure I was adequately prepared for my first time.

I had comfortably settled into my couch, stocked up on lube and lined up several windows of raunchy videos to choose between.

Setting up the Launch for first-time usage was fairly straightforward. Once you’ve locked in the Fleshlight into the Launch by gently applying clockwise rotating moves, you’ll hear a brief clicking noise – this should be your cue that the device is ready to use.

After you’ve made sure the Fleshlight is properly screwed into the Launch, you can lube up the device and proceed to turn it on by pressing the button at the front.

Kiiroo and Fleshlight offer their own lubing solutions, but the toy works with practically any water-based lubricants – though be warned that denser lubricants could make it difficult for the device to perform strokes as intended.

While it was the interactive mode that initially piqued my curiosity, one thing I had forgotten to prep up in advance was connecting the Launch to the corresponding FeelMe app – the platform that actually powers the fully automated experience.

But since my impatience was growing stronger, I ultimately decided to put off testing the interactive mode for next time and swiftly inserted my baldheaded eagle into the Fleshlight Launch.

As an absolute newbie to adult accessories, the sensation felt oddly defamiliarizing though by no means unpleasant – and I hadn’t even turned on the device yet.

Once things get to that point, the first thing you will notice is the steady mechanical rhythm of the strokes.

Unlike a real human being, the movements the Launch performs are awkwardly machine-like and methodical; and while you can manually modify the speed and distance of the strokes, it takes a while to get the hang of the touch sensitive strip.

The good thing is that once you master the controls, playing with the toy gets exponentially more fun. While I found using the touch strip somewhat distracting at the beginning, I eventually got accustomed to the sensation and gradually began to luxuriate in the activity.

Not only did the distraction aspect vanish with continuous practice, but it also made switching between the whole range of stroke motions much more intuitive and natural. Perhaps you will like the sensation from certain modes more than others, but this is up to you to figure out along the way.

In fact, by the time I got to mess around with the interactive feature, I had grown so accustomed to the manual option that I found it difficult to take pleasure in the fully automated mode.

One thing that made things less user-friendly is that, while FeelMe offers a wide selection of pornographic content to choose from, the platform had made only a handful of synced videos available to stream for free at the time of testing.

Disregarding FeelMe’s limited catalogue, the interactive experience was no less delightful than the manual mode – especially when the stroke motions aligned with the action on screen. To co-ordinate movements, Kiiroo uses a technology it calls ‘subtitling’ which relays time-based signals to the Launch in order to instruct it when and how to perform strokes.

The interactive mode is also compatible with VR for a fully immersive experience, but I’m yet to test out the functionality – though I suspect it will make the sensation all the more potent (assuming synchronization is on point).

For those interested to learn more about the syncing tech that powers the device, you can take a peek at the chat our editor-in-chief Alejandro Tauber had with Kiiroo chief technology officer Maurice Op de Beek earlier this year at SXSW:

So how does it compare to the real thing?

Sexual fulfilment is a very personal thing – and this will significantly influence the way you experience the Fleshlight Launch. One way to think about this is in terms of what you’re hoping to replace – or spice up – with the device.

Another thing to keep in mind is that Kiiroo has decided to offer the starter Launch kit without the Fleshlight included. The Launch currently retails at $200, but you can take advantage of the current promo deals and cop a Fleshlight pre-packaged set for $250 now.

For those seeking to relieve sexual frustration, the Launch might fall short of providing the intimate and in-the-moment nature of sharing an experience with another human being; even though the interactive mode does elevate the sensation to something a little more unpredictable and exciting than an ordinary wank session.

The Fleshlight Launch fundamentally alters all three of these experiences: while it will noticeably dull certain sensations, it will also markedly augment other aspects that you have only felt marginally in the past.

As someone who has come to appreciate the single life, the Launch has made it easier for me to balance between my urges for instant gratification and prolonged physical intimacy.

Yes, I still find myself craving sex and an occasional hand-enabled rub: and chances are the device will never eliminate these desires. What it does though is make me experience these sensations much more viscerally when an opportunity presents itself; and this is perhaps the thing about the Launch I cherish the most.

But be advised that – no matter the reason why you’re buying the Fleshlight Launch – you will need to give yourself some time before you realize the full potential of this quirky sex robot.

The good folks at Kiiroo gave us one Fleshlight Launch to give away. Tag someone who you think deserves or needs one in the comments or send an email with the subject line ‘This is why I need a dick-sucking robot’ to dimitar [at] thenextweb.com. Don’t forget to let us know the reason why!