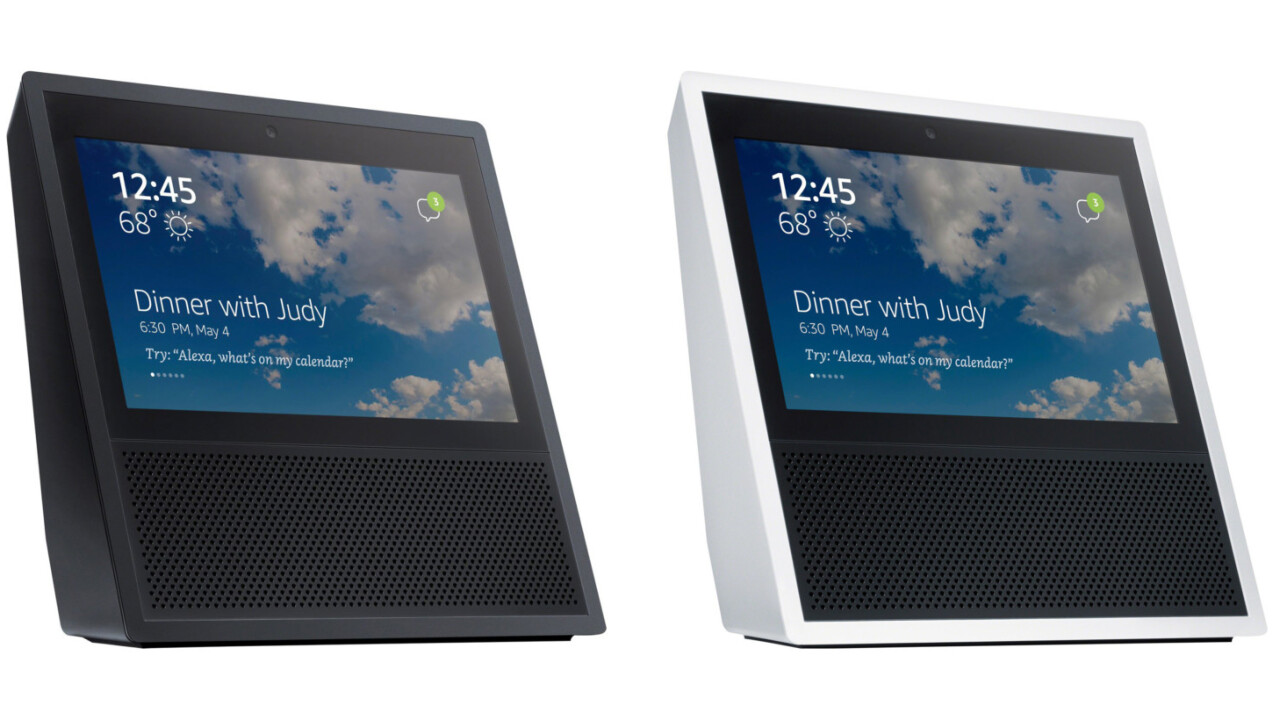 Following its camera-equipped Echo Look that’s designed to snap photos of your outfit and give you fashion advice, Amazon is set to release its next device in the lineup, a smart speaker with a 7-inch touchscreen. That’s from a report from The Wall Street Journal, corroborated by a leak from reliable tipster Evan Blass.

The new gadget will not only feature the company’s Alexa voice-activated assistant, but also support video calls, display visuals along with answers to your queries (such as photos of products you want to shop for on Amazon’s store) and may even serve as an intercom between Echo devices or multiple users.

The inclusion of video calling isn’t entirely surprising: Amazon recently launched a video conferencing app for business users, so it’s clear that it’s serious about building communication infrastructure. We also heard back in February that both Google and Amazon were working on adding support for calls on their speakers.

It’s expected to cost upwards of $200 and might be announced as early as today, notes WSJ. That may well be the case, given that Microsoft just launched its first Cortana-powered speaker to rival the original Echo, built in collaboration with Samsung-owned Harman Kardon.

However, it’d be odd to see a new smart speaker from Amazon this close to its unveiling of the $200 Echo Look, which launched just a couple of weeks ago. The upcoming device is likely to include similar functionality as the Look, so it might well undermine that device’s sales if it becomes available soon.

Amazon is already dominating the voice-activated speaker space with more than 70 percent market share at present, beating out Google’s Home device. It’s also been expanding Alexa’s capabilities, having added support for 10,000 skills, improving speech responses and allowing iPhone users to interact with the assistant without an Echo device.

We might only have to wait a few hours to hear about the next Echo, so stay tuned to TNW for updates.