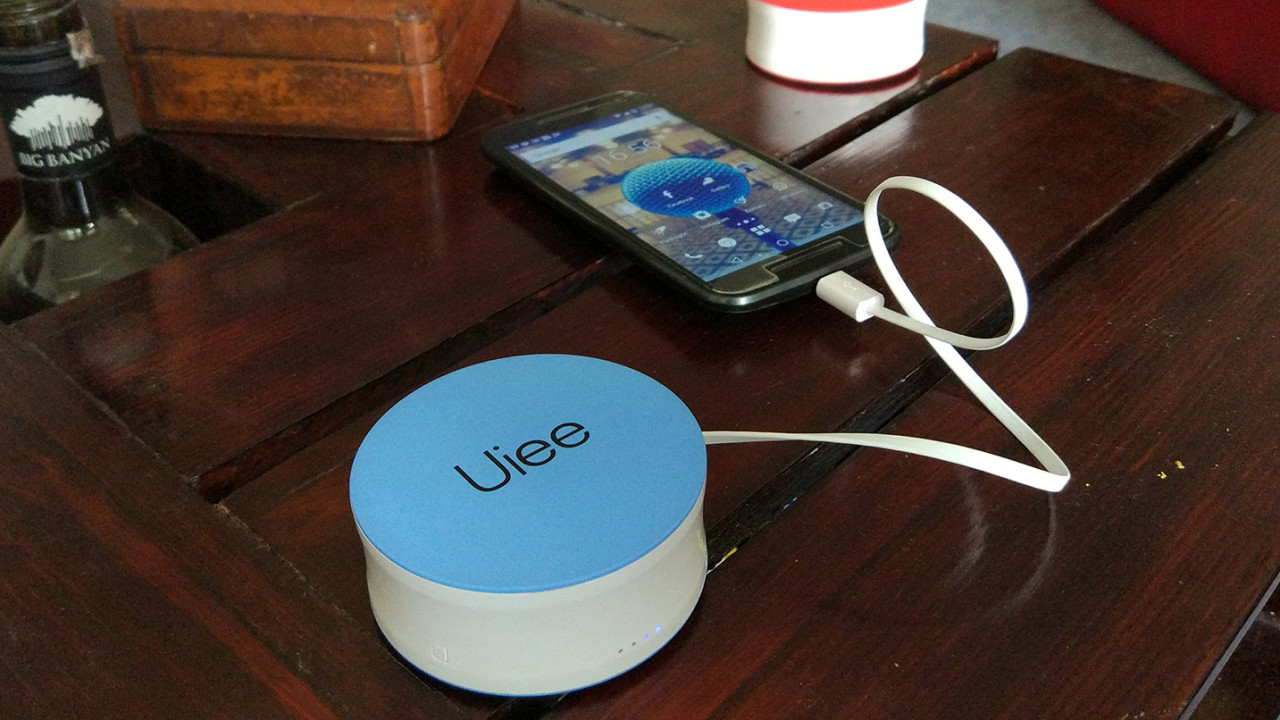 Power banks are great to have around, except for the fact that they need to be charged before they can be of any use.

The folks at Uiee (I just sound silly trying to pronounce that) have a smart solution: its puck-shaped power bank comes with a fold-away plug so it can charge itself – as well as your mobile device – when connected to a wall outlet, and is then ready to power your phone on the go.

There’s not much to it: just flip out the folding prongs, pull out the retractable cable and you’re off to the races. If the power bank’s battery is low, it’ll juice itself up; if not, it’ll simply route power straight to your phone.

The device, which features Type A plugs that are common in North America and comes in microUSB and Lightning cable variants, can store 1,050mAh of power after a 90-minute charge, which is about a third of the capacity of most phones today. That means it’s only really good for an emergency recharge and not so much for a camping trip where you’ll be without power for extended periods of time.

The design allows for the plug and and cable to fit neatly within the device. Plus, it’s small and light enough to throw into just about any bag. The only downside is that the 1.2-foot cable can sometimes prove to be just too short to connect and place your phone somewhere safe.

Should you buy the Uiee charger?

If you’re on the road a lot and like traveling light, this is a no-brainer. It makes for one less gadget to pack, and one less thing to remember to charge. At $25, the freedom from those worries is worth it.

It’d be nice to see a version 2.0 of the power bank with a larger battery and support for quick charging, but this is what we’ve got to work with for now.

Find the Uiee charger at $25 on Amazon US for the Android version, and $35 for the iOS variant; you can also order them from Uiee’s site.