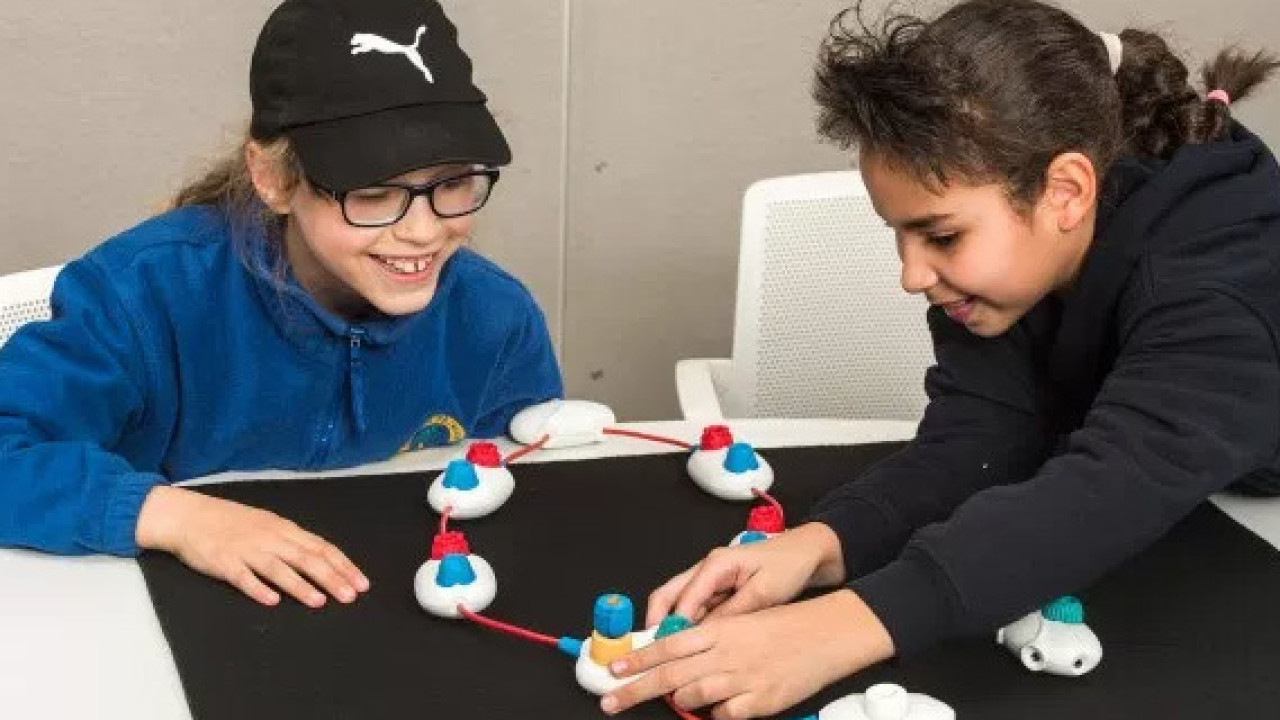 As computer science becomes increasingly important to people’s careers in our fast-changing world, it’s important that no one is left far behind because of physical and mental challenges.

To address that, Microsoft has developed Project Torino, a system consisting of a programming language and large colorful toys called pods, which can be used to make sounds, stories, poems, and songs in order to teach coding concepts to children with visual impairments.

The idea is to help kids aged seven to eleven to get familiar computational thinking and to enable teachers without a background in computer science to guide them in this direction.

In addition to learning by playing with pods, kids can use an accompanying app to transfer the coding they have created with the physical system into text-based code and further their projects.

Microsoft says that Project Torino was designed in close collaboration with roughly a dozen young students in the UK, and incorporated feedback from them to arrive at this stage. I loved this example of their teamwork shared by Nicolas Villar, a senior researcher in Microsoft’s Cambridge research lab:

The team originally made the pods all white, until the kids with limited vision told them that more colors would help them. And although in electronics there’s often a push to make things as small as possible, with this project they found the kids were more engaged when the pods were larger, in part because two kids working together would often both physically hold the pod and touch hands as part of that teamwork.

It’s a clever idea that will hopefully expand to enable more of the 285 million people worldwide who suffer from blindness. Microsoft is working with the Royal National Institute for the Blind in the UK to bring Project Torino to 100 children in a beta trial starting this autumn; you can sign up on this page to receive more information.