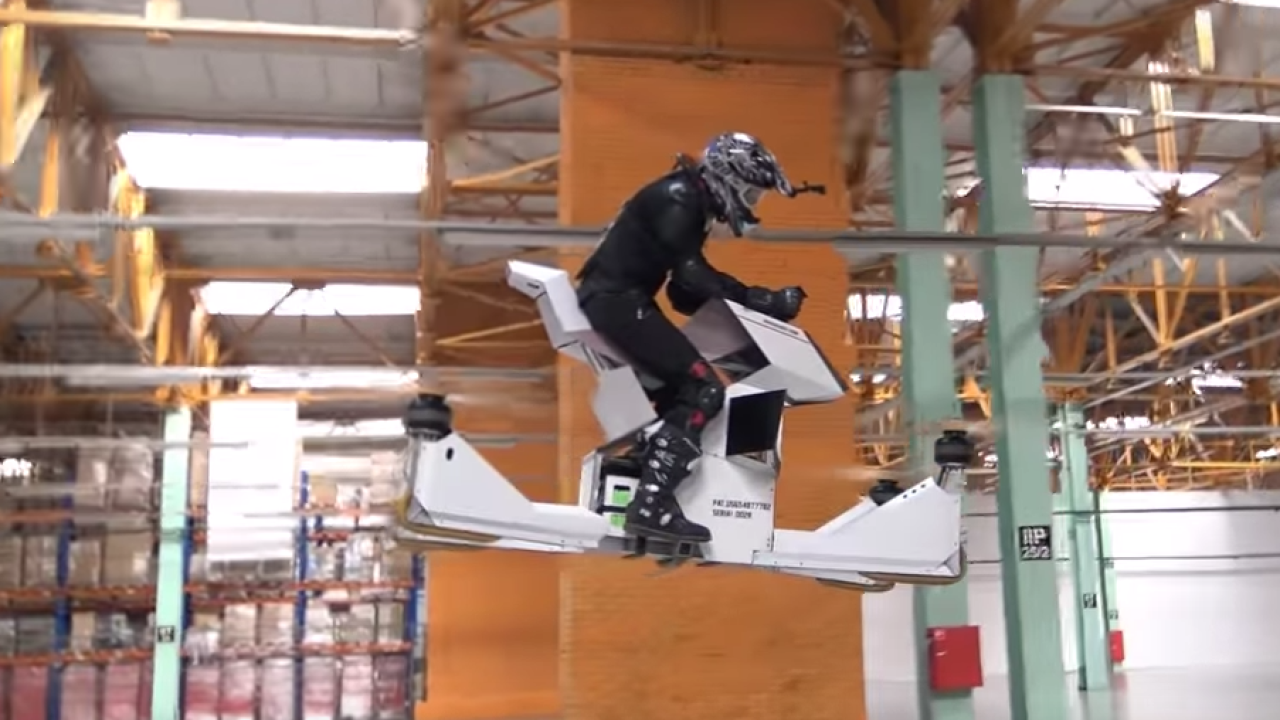 Dubai might be getting its first batch of autonomous passenger drones this summer, but this Russian startup wants to fill up the sky with fully-manned hoverbikes.

Human-carrying drone manufacturer Hoversurf has built an impressive single-seat aircraft that not only has the capacity to lift you up in the sky, but also puts the control right into your own hands.

The fully-manned Scorpion-3 fundamentally combines the standard motorcycle design with futuristic quadcopter technology to offer the speed, agility and stability of flight to “the hands of amateur and professional navigators.”

While Hoversurf says its electric airborne vessel is currently mostly seen as an “extreme sports instrument,” the company hopes its invention will soon realize its full “transportation potential.”

Here’s a video of the Scorpion-3 in action:

Inspired by other fully-manned aircraft prototypes like the E-volo, the Scorpion-3 relies on in-house software solutions to offer both automated as well as full-manual control over the vessel.

To ensure the safety of its pilot, Hoversurf has built-in a special system into the Scorpion-3 that automatically controls and limits the maximum speed and altitude of the aircraft in order to prevent accidents.

The Scorpion-3 isn’t the only quadcopter Hoversurf has built so far. Last year, the company showcased another aircraft prototype, which could be controlled both remotely from a controller and manually by a pilot.