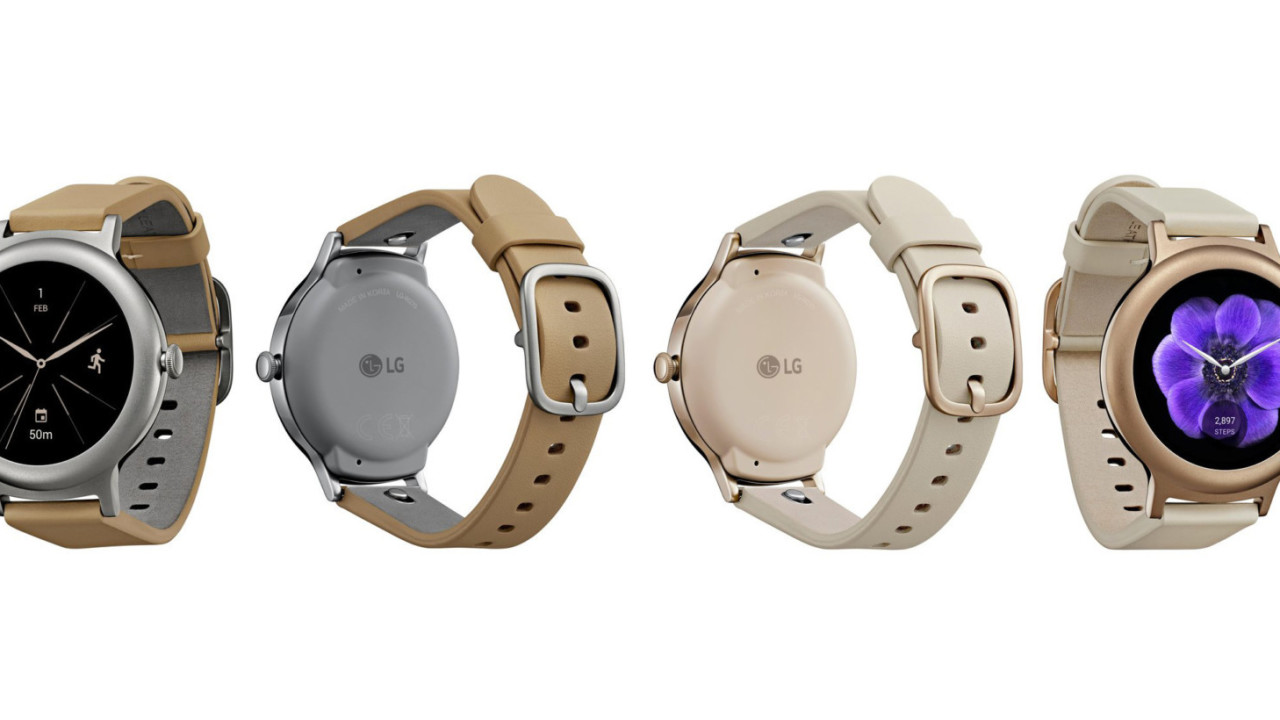 While Google is gearing up to launch Android Wear 2.0, the major update to its wearable platform, LG appears to be ready with its first devices to debut the OS.

A couple of weeks ago, we heard rumors that the Korean hardware maker planned to launch the LG Watch Style and LG Watch Sport next month. Some blurry photos did the rounds last week, but tipster Evan Blass seems certain that the Style looks like the watch in the images you see here, in silver and rose gold finishes.

We noted in our previous report that the Style will likely be thinner and leave out the heart rate sensor than the more feature-packed Watch Sport. TechnoBuffalo’s photos from last week seem to confirm that. The strap also comes with a clever quick-release system so you can swap it out for other options.

According to Android Police’s source, the Style will go on sale for $249. We’ll have to try the timepiece for ourselves to determine if its build and the configuration of a 1.2-inch 360 x 360 pixel display, 512MB RAM and a 240mAh battery warrant that price.

However, it will certainly be exciting to try Android Wear 2.0 before it rolls out to other devices. The updated OS is slated to bring a bunch of major features like a dedicated app store, handwriting recognition and a full QWERTY keyboard and Google’s AI-powered Assistant.

When can you get your hands on LG’s new watches? The company is expected to officially unveil both wearables on February 9 and begin selling them in the US the next day. They’ll become available else over the next two months, and it’s likely that Android Wear 2.0 will also roll out to more devices in that time. If you’re in the market for a new smartwatch, it’s best to wait just a little bit longer before you buy.