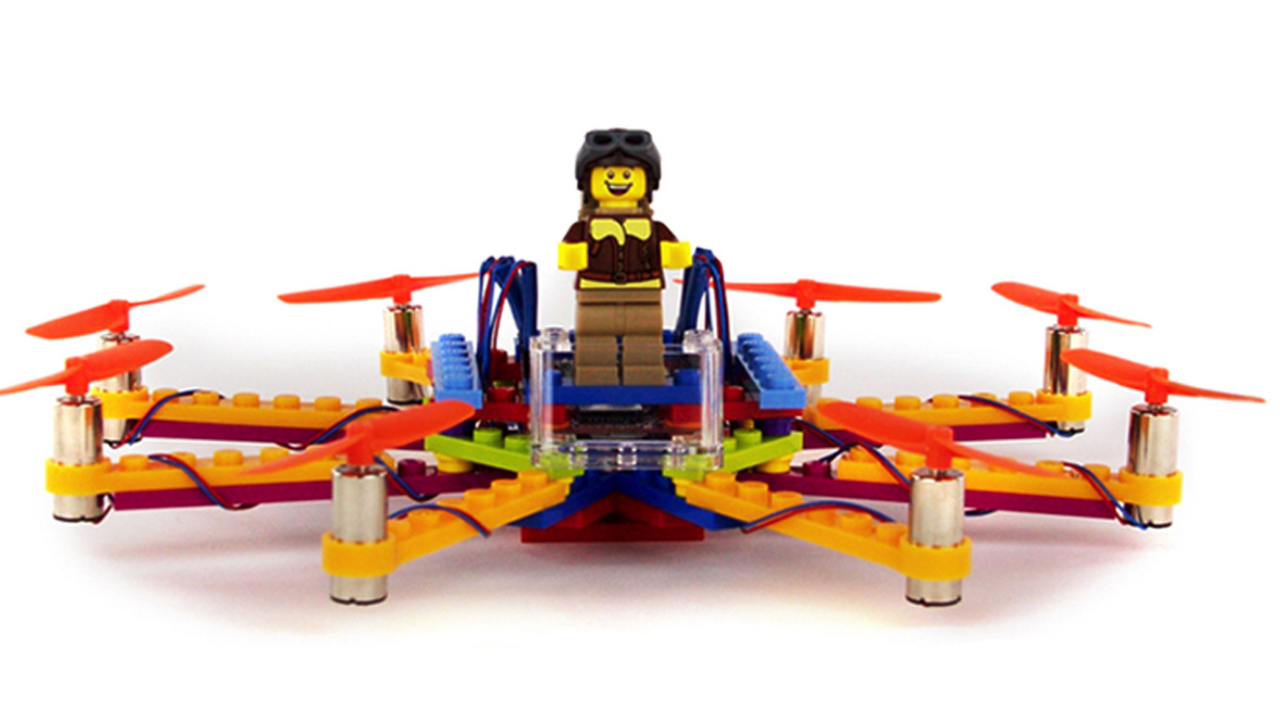 If you’ve got loads of LEGO bricks lying around and are looking for your next great building project, you’ll want to check out Flybrix. The company’s DIY kits contain all the parts you need to craft your very own custom drone however you like.

Each kit includes everything you’ll need to build a quad-, hex-, or octo-rotor airframe: LEGO bricks, motors, propellers, a pre-programmed Arduino-compatible processor on an expandable PCB, and even a LEGO minifig pilot.

Once you’ve built your drone, you can control it using your phone and the companion app, which is available for Android and iOS. There’s also a handheld radio controller that you can buy for easier control. The company says its kits are suitable for kids aged 14 and up, with plenty of options for advanced builders.

Flybrix says its software is open source and easy to modify to suit your needs; you could additionally add Wi-Fi and GPS modules to the PCB to enhance your build. There’s also a Chrome extension that lets you view and record data from the PCB’s on-board sensors and adjust settings.

If that sounds like your idea of a great way to spend a weekend, you’ll be happy to learn that Flybrix now has two kits on sale from today: the basic one costs $149, while the deluxe set costs $189 and includes an RC controller. Of course, the best part is that you can crash your drone all you like and rebuild it better the next time. Happy tinkering!