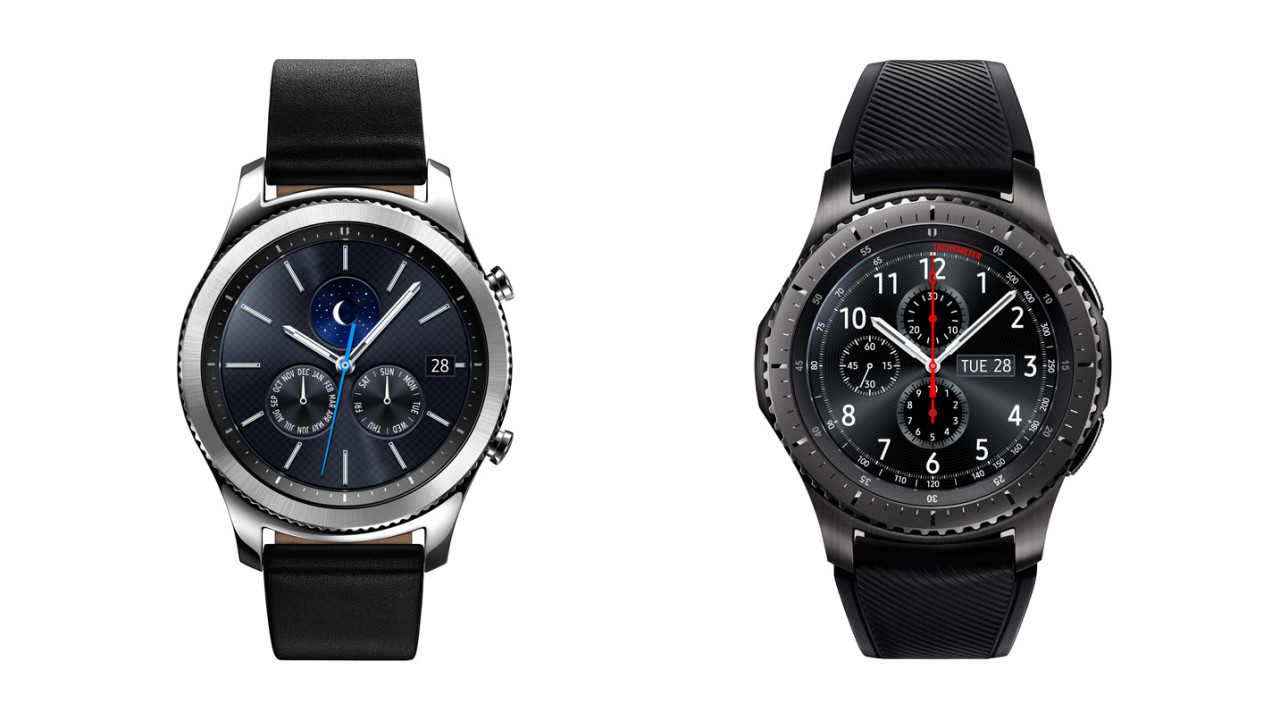 The Frontier adds LTE for handling calls and texts without the need for a smartphone.

In addition, both wearables feature 380mAh batteries that should last up to four days on a single charge and are rated IP68 for water resistance.

The Gear S3 retains the signature rotating bezel seen on its predecessor, but it’s now more useful as it lets you accept or reject calls and snooze alarms without having to touch the screen.

It’s worth noting that the S3 is thicker than the S2 by a significant 1.5mm, which means it won’t wear quite the same on your wrist. But that’s a small price to pay for all the additional GPS and LTE functionality.

A number of straps, including leather options will be available; you’ll also be able to use just about any 22mm aftermarket stap with the S3.

Both watches look fantastic: The 46mm-wide cases are boldly sculpted and details like the bezel, brushed steel surfaces and knurled buttons on the Frontier add to their overall appeal. However, at this size, it’s likely going to be more suitable for men, and more specifically, those with larger wrists – I’d say about 7 inches and thicker.

It’ll be interesting to see how the S3 fares once it’s launched later this year. Samsung hasn’t yet announced pricing, but it’ll have to be smart about it as the S3 will go up against competition like the handsome Android Wear-based Asus ZenWatch 3 and the upcoming Apple Watch 2.