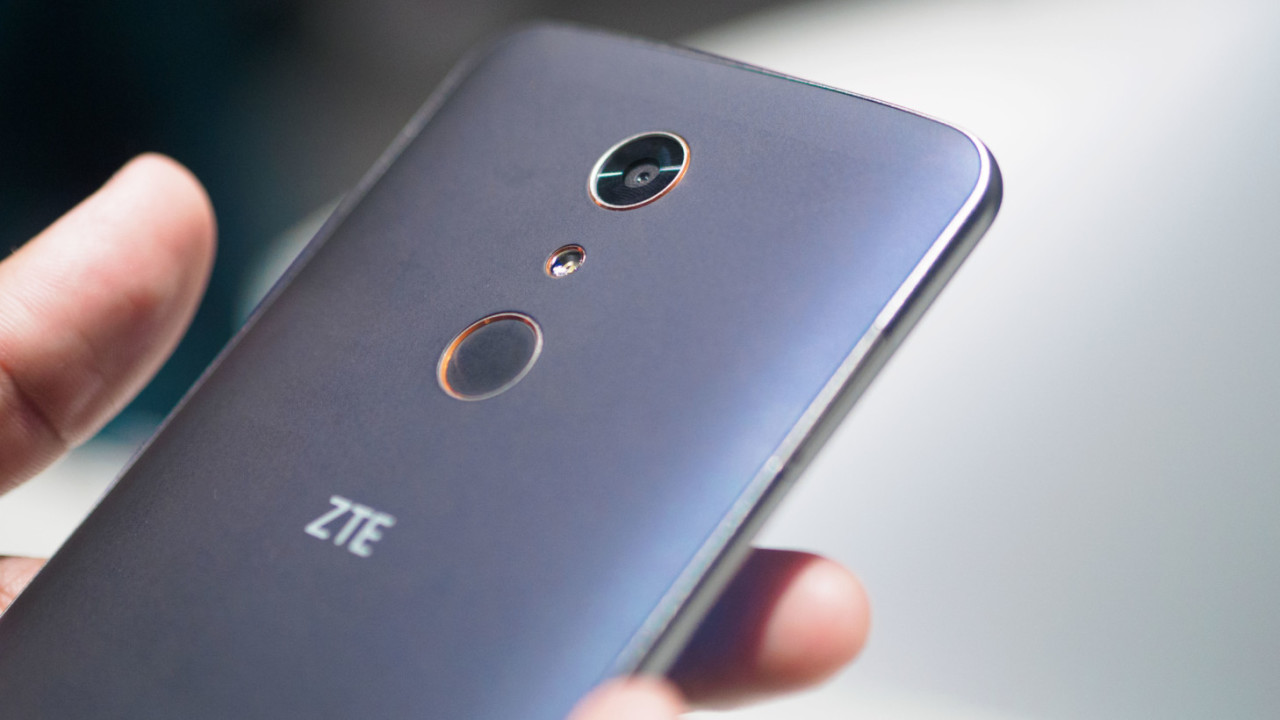 Earlier today ZTE announced its newest device, the $99 ZTE ZMax Pro. On paper, it’s a whole lot of phone for an off-contract device.

After spending a few minutes with it, there’s a lot to like.

Basically, it’s very similar to the Moto G4 Plus at a cheaper price point, with caveat that you’re still locked to MetroPCS to start, and the connectivity bands mean your’e largely stuck with T-Mobile/MetroPCS.

Also, unfortunately, the phone doesn’t appear to have NFC, so that fingerprint sensor is locked to security only (pun intended).

Maybe I’m just a sucker for the the color scheme, but ZTE nailed the design here. I actually think it looks and feels better than ZTE’s higher-end Axon 7.

The royal blue back is plastic, but the soft-touch matte makes it look and feel classy, especially with the gunmetal frame surrounding it. The rose gold accents that only show up at certain lighting angles are the cherry on top. I’m not exaggerating when I say it’s probably the best-looking budget phone I’ve ever held – probably better than a few flagships too.

Needless to say, the thing is huge – right up there with original Nexus 6. But the slim design and grippy back make it feel a bit more manageable than I expected, and the bezels are kept to a minimum. They also have a bit of that ‘2.5D’ effect going on, curving towards the edges.

The display – one of the frequent failing points for budget devices – was a solid performer too. Colors were vibrant, blacks were deep, viewing angles were about as good as you’d expect from a higher end device. The color balance was also great, with whites neither too cool nor too warm.

Even though we have 1440p displays in 5-inch screens nowadays, You’d be hard pressed to notice the 1080p resolution unless you were really looking for it. At first glance, it’s a more pleasant-to-look-at panel than the one on the LG G5, despite that phone’s higher resolution.

This is a classy budget phone. It’s a classy phone, even without the budget moniker.

It’s also a huge phone, so if the prospect of a 6-inch device doesn’t appeal to you, you should shop elsewhere.

But if that’s not an issue, there’s a lot to like. Though we’ll have to see how it holds up overtime, performance was solid throughout, and near-stock Android bodes well for the future. The camera also seemed decent when trying it in low light indoors.

Frankly, it’s a little hard to believe it costs $99. Of course, you’re tied to MetroPCS/T-Mobile, which won’t be everyone’s cup of tea, and in which case you might prefer to look at the Moto G4.

We’ll be giving the device a full review soon, so stay tuned to know whether it’s worth your Benjamin before it goes on sale on August 1.