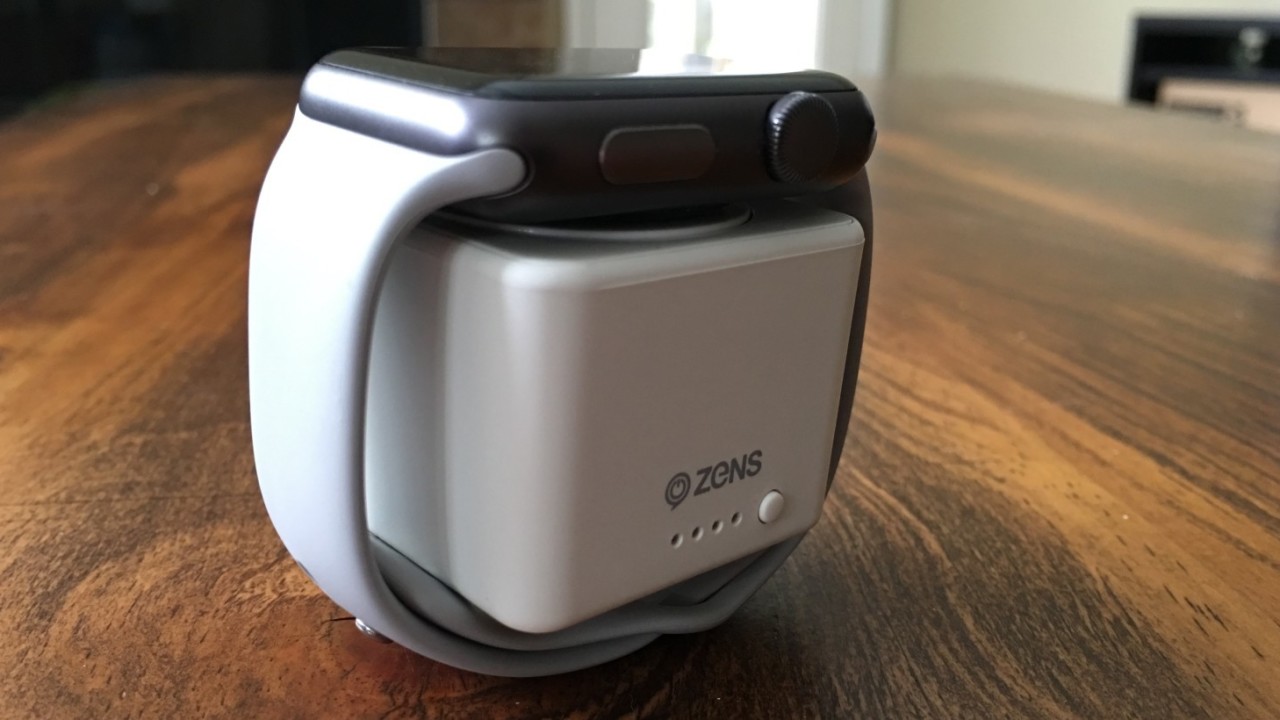 Maybe I’m just lazy, but the one thing I hate doing while on vacation is charging my Apple Watch. More to the point, I hate dragging the funky inductive charging cable along with me. Luckily, Zens’ Apple Watch power bank lets me avoid all of that.

The small cube does one thing really well: it charges your Apple Watch. There’s no ports for a Lightning cable, and you can’t use it to give your MacBook an extra 30 seconds of life. 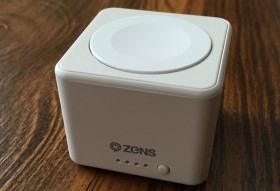 Inside the small, squat cube is a 1300mAh battery, which Zens says can deliver three full charges. Aside from four lights indicating power level and a button to toggle it on, the inductive charger is on the “top” while a rubberized foot holds it in place on a desk or nightstand.

For users like me who get about two days out of a single Apple Watch charge, the Zens power bank is great for vacations. I can get about a week’s worth of Apple Watch power-ups before the power bank needs more juice.

Unfortunately, it requires a micro USB cable to charge it, so you’d need something like the TYLT Sync Duo if you were going to be gone for an extended period and wanted to travel light. It also tends to toggle off when my Apple Watch reaches about 90 percent power for some reason.

Still, I enjoy toting it along more than I like dismantling my nightstand Apple Watch dock to remove the cable. But if cost is a concern, getting a second cable for $29.99 is probably a better option than dropping €49.99 (about $56) on the Zens charger.

But for convenience — and not needing to find outlets in a hotel room or coffee shop — the Zens is a great travel companion. It supports nightstand mode, and the band can be used to hold it in place while charging if you need to drop it in a bag for a bit.

The Zens Apple Watch power bank can be purchased via the Zens website, and comes in white or black.