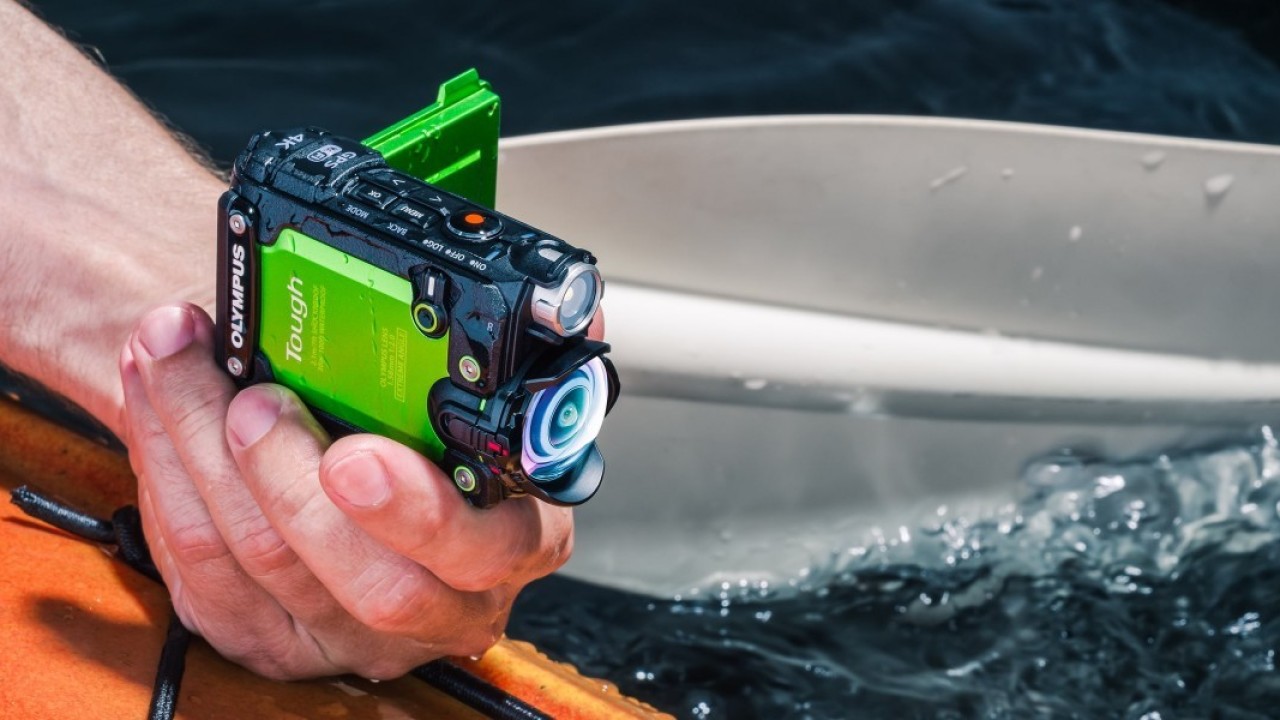 GoPro cameras dominate the action camera market, but Olympus thinks it can do them one better.

Enter the $379 Stylus Tough TG-Tracker. It’s got your basic specs for a 2016 action cam – 4K 30fps, Wi-Fi, ultra wide-angle lens. But the camera also claims to outdo its competitors in a few key areas (other than name length): image stabilization, ruggedness, and features.

If you’ve ever shot with one of Olympus’ recent mirrorless cameras, then you know that the company’s internal 5-axis image stabilization is freakishly good. The TG-Tracker is packing the same technology inside, and from the samples footage I’ve seen, that trend is continuing:

GoPro’s cameras, on the other hand have no stabilization, which can make using one without an external stabilizer a shaky mes.

Then there’s the ‘Tough’ aspects it’s named for. Olympus says the camera is extremely durable without any special housing and is guaranteed to be:

GoPro cameras offer a secondary protective housing, but these can be inconvenient to put on and take off, especially if you need to access ports for charging or data.

Meanwhile, the ‘Tracker’ part of the name is for a medley of sensors logging data about your hike or swim:

You can view all the data you camera is capturing with Olympus’ OI Track smartphone app, and it will even be synced to your video.

There are a few thoughtful extra tidbits too. There’s an LED lamp for night-time shooting (or just using as a flashlight), a swivel LCD monitor, and it comes with an underwater lens protector and handgrip for recording during jogs or bike rides.  Olympus even says it can work with most GoPro accessories using an adapter.

That said, the Olympus is a bit larger than a Hero4, and it isn’t quite as versatile as GoPro’s highest tier ‘Black’ model for video quality.

In addition to 4K at 30 fps, the Hero4 Black has a 2.7K video resolution option at 60fps, 1080p at 120fps, and offers a 24 fps option for most resolutions (the ideal framerate for filmmaking). It doesn’t have an LCD screen, but GoPro has long been established as a leader in action filmmaking.

But that’s a $499 camera. At $379, the TG-tracker goes toe-to-toe with GoPro’s $399 Silver model for video specs, and pretty much blows any of GoPro’s cameras out the water when it comes to other features.

We’ll have to get our hands on one for a final veredict, but so far, so good. The TG Tracker is launching in late June and comes in green or black colors.