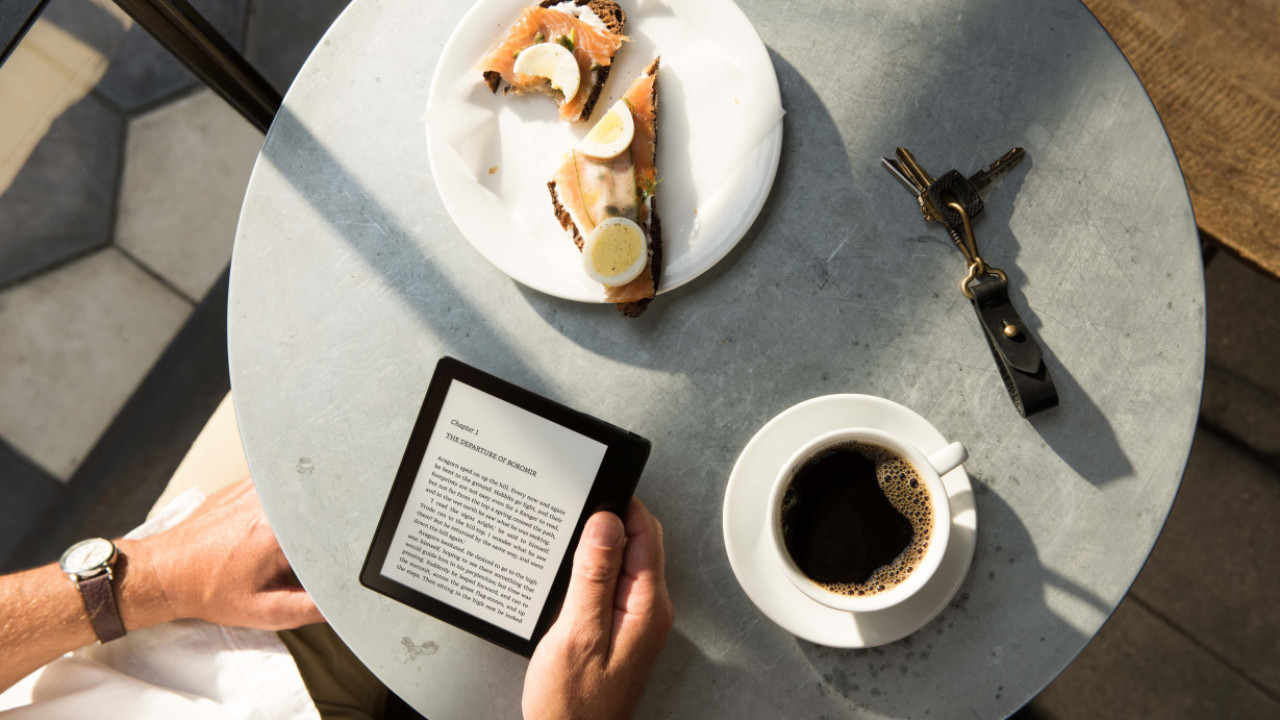 Yep – the leaks are true. Amazon’s newest e-reader is called the Kindle Oasis, and is the company’s thinnest e-reader to date.

We got a hands-on preview of the device last week and it is significantly tinier than the Kindle Voyage. While the screen size and resolution remains the same at 300 ppi, the borders of the device have shrunk down and in my hand, it feels thinner than most smartphones today. 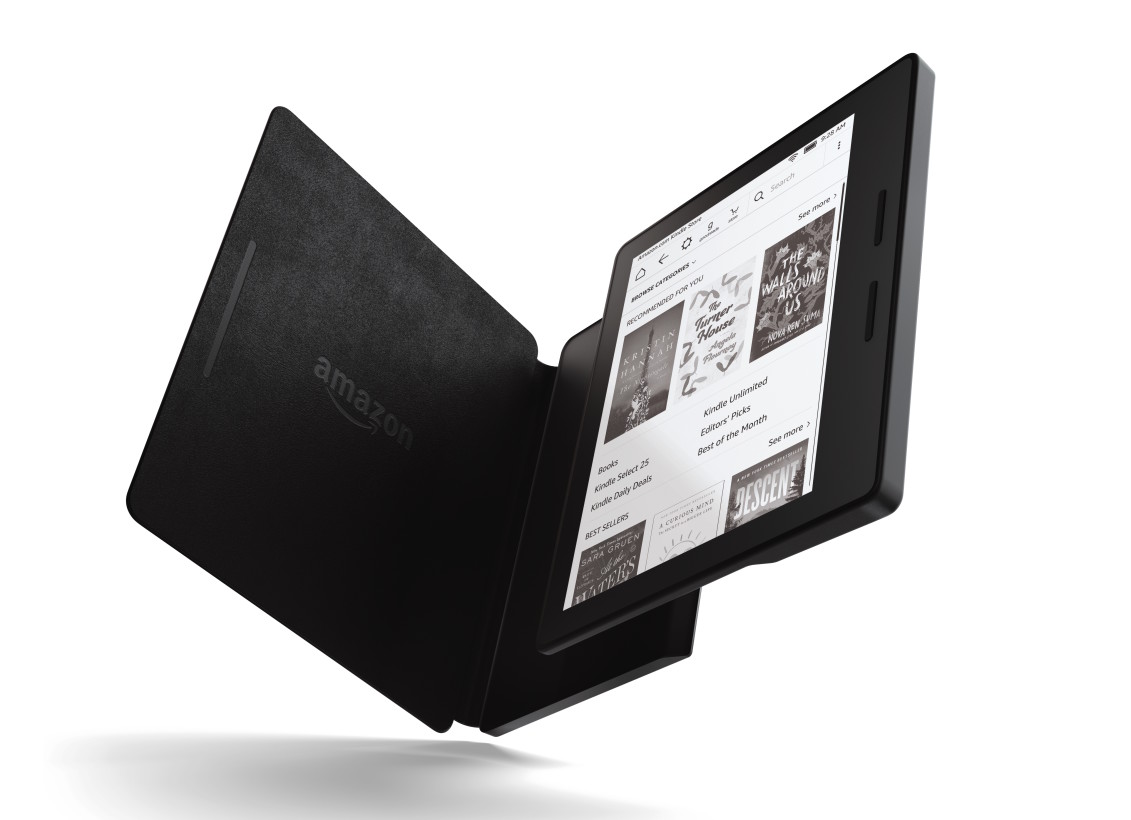 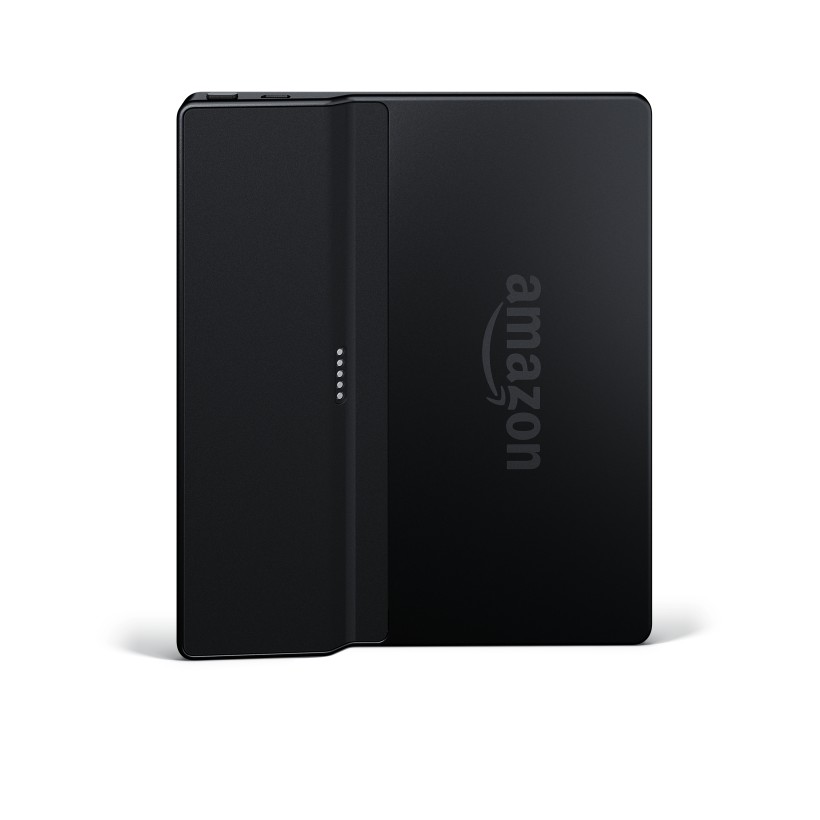 In fact, the Kindle Oasis is 30 percent thinner than previous models combined, and is 20 percent lighter without the battery cover. On the back, it’s got a ridge that acts as a grip when you’re reading it without the cover – similar to a folded magazine or newspaper.

This also lets you use it with either hand without an awkward upside down Kindle logo. To turn the page, you tap the screen instead of the sides like you did with the Voyage. Amazon says it was able to engineer the device down to this thinness by using a 200 micron display backplane that’s about as thin as a sheet of aluminum foil.

But while a thinner, smaller body may be cool, its major selling point is the leather battery cover that comes with the device. It attaches to the Kindle Oasis via a magnetic connection to add months of battery life. Amazon wasn’t specific about exactly how many months, but depending on your usage, we’re guessing a three-month minimum should be a significant improvement from older Kindle models, which lasted around six weeks per charge.

The Kindle Oasis is available for pre-order today at $289 and will ship on April 27. Amazon admits that this price point is its highest ever for a Kindle launch, but says the Oasis aims to cater to big e-book readers who will want that kind of battery life and portability.

With the launch of Oasis, Amazon’s also dropping prices on its older Kindle models. “If we made money off devices, we would launch one every year,” said Neil Lindsay, Vice President of Amazon Kindle. But most of its revenue comes from its e-book marketplace which is still growing year over year, so as long as consumers choose a Kindle that’s right for them, the team’s happy with that too.

“A lot of people ask us why we’re still making Kindles when we’re also making tablets,” Lindsay said. “The purpose of the Kindle is to let you get lost in your reading without getting distracted by the constant notifications or the Web, and we think the Oasis will let you do just that.”

The Kindle Oasis comes in your choice of three leather cover colors: red, brown, and black. If you’re a super heavy reader or like to match your Kindle to your outfit, you can also purchase the covers separately.