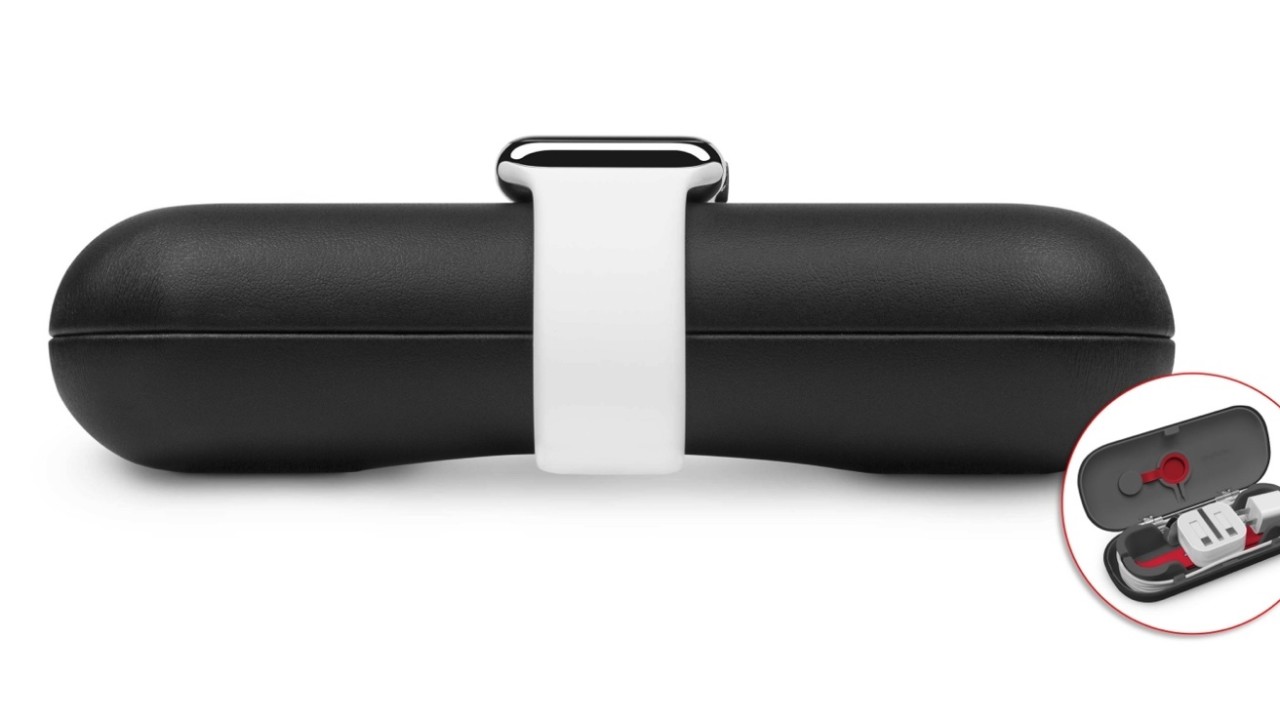 Twelve South, who concentrate its efforts on making accessories for Apple’s various devices, has unveiled the TimePorter travel case for Apple Watch.

Its main purpose is cord management, as the interior has bumpers you can wrap a cord around and a cutout in the lid for the magnetic charging base. The lid also acts as a charging dock, but doesn’t look great for use in Nightstand mode — even though you should probably be wearing your watch to bed anyway.

There’s also a place to store an extra wrist band, which is nice if you want to accessorize or just keep an extra band with you for working out.

Though Twelve South doesn’t specifically mention as much, it looks like the interior is roomy enough to put the actual watch in for those times you’re making your way through TSA checkpoints.

If you’re interested, TimePorter will be available this May in white or black, and retail for $49.99.