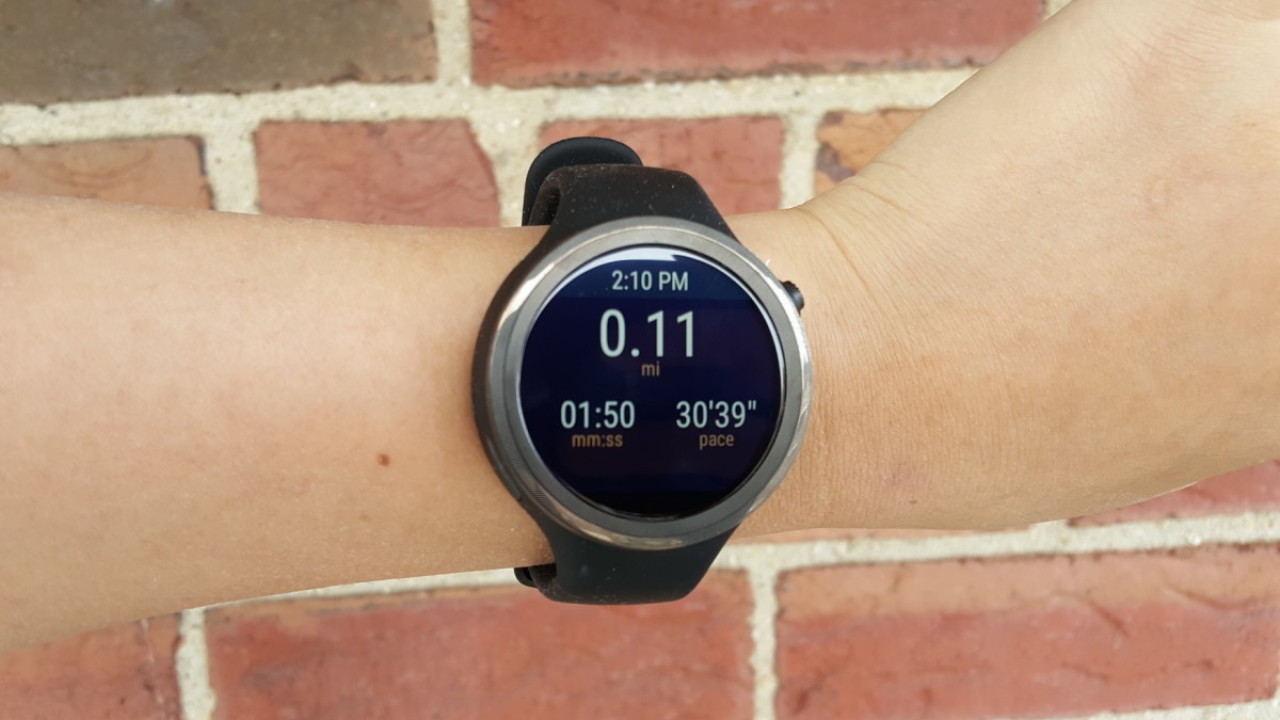 When Motorola announced the second generation of its Moto 360 smartwatch, it made it clear that the Sport edition would arrive several months later than the classic.

You’d think that it would use that extra time to truly fine-tune the runner-friendly version. After all, there’s several features worth waiting patiently for: Moto 360 Sport has a better display for outdoor use, built-in GPS, and a rubber strap to withstand all the sweating you’re theoretically doing while wearing it.

In practice, the smartwatch still seems a bit rushed out of production. Here’s what I mean.

Both the second-gen Moto 360 and its Sport edition have the same 1.37-inch screen with the flat tire (Motorola says this is necessary to get all the sensors in while maximizing a circular screen real estate). The crucial difference is Sport version uses a ‘hybrid’ display, which combines a traditional LCD screen with reflective panel so reading in the sun is an ease.

The Moto 360 Sport also as a unibody build of rubber straps. While this is great for repelling sweat, it’s not interchangeable, so you can’t customize your bands like the classic version. Personally, I think this makes the watch look a bit toy-like.

Weight-wise, the Sport feels just a hair heavier than the Moto 360 due to all the silicon rubber. The fit is better with the classic version, as I use a specifically-designed version sized for women.

Out for a spin

Using the Moto 360 Sport outdoors is a dream. New York City hasn’t been getting a whole lot of sunny days, but when it is bright out, the display is easy to read without manual adjustment. It’s also not too glaring – I find most smartphones’ default backlight so insanely bright, it’s like staring into a lightbulb. The soft-lit but legible screen makes it great for those who run and want to glance at the time or their performance stats without taking a break.

Speaking of running, Moto 360 Sport’s key selling point is the built-in GPS which allows you to use it without pairing to your smartphone. It’s a feature most runners crave, so they can take the device and go without worrying about route-logging.

The watch comes with its Moto Body software as a standard feature, which is good for a quick look at your week’s activities, but you can download apps like RunKeeper, Runtastic, or Strava to get highly detailed logs. Otherwise, the watch features the fitness-themed face as the default so you can always check calories burned, heart rate and steps taken.

To track your exercises, a quick tap on the start button gets you on your way. In this mode, Moto 360 Sport tracks your running pace, distance travelled and running time. You can even look at your heart rate’s burn zone to make sure you’re not doing too little or too much, which is a neat feature.

But here come the gripes…

Going out for a run without your smartphone is a freeing feeling, but it comes at a cost: battery life. I’ve used the second-gen Moto 360 for about three months before trying the Sport, and it normally lasts me almost two days before needing a charge. The Moto 360 Sport struggles to survive past a day, and it’s even worse if you leave GPS or always-lit screen mode on during exercise.

There are some battery-saving tools built-in, though. For example, the hybrid display for outdoor uses only kicks in when it’s needed instead of staying bright constantly. Still, at less than a day’s worth of battery life, it’s up to you to decide what’s more important – all-day use, or whatever the duration of your workout is.

While the GPS is accurate at estimating my whereabouts, sometimes it can misinterpret me roaming around my apartment. In several instances, the watch appears to think I’m walking around my block when I’ve just strolled to the front of my apartment and back, or when I’ve walked up and down three flights of stairs to pick up mail.

Oh, one last thing: don’t let the rubber watchbands fool you – this thing is not waterproof. It can handle a bit of sweat and maybe a run in light rain, but don’t expect to swim or take in the shower. It’s also sort of a dust magnet, so be mindful of that as well.

The Moto 360 Sport works well when used as intended, but poor battery life may prevent most people from making the investment just yet – especially when Mobile World Congress is just around the corner.

If you don’t mind recharging ever so often, or only wearing the watch when you go for long runs outdoors, this could be the device for you. But at $300 apiece, I anticipate a small percentage of users who’d be able to accept these limitations.

If you’re looking to get a good hybrid between a fitness tracker and a smartwatch, it’s best to wait at this point for upcoming announcements this year. Given that this is Motorola’s first true fitness smartwatch, this was to be expected – but with it doubling the second-gen Moto 360’s battery life from its predecessor, we think fall may be the time to watch for something truly remarkable.

Until then, sit tight… or go for a run sans-watch.