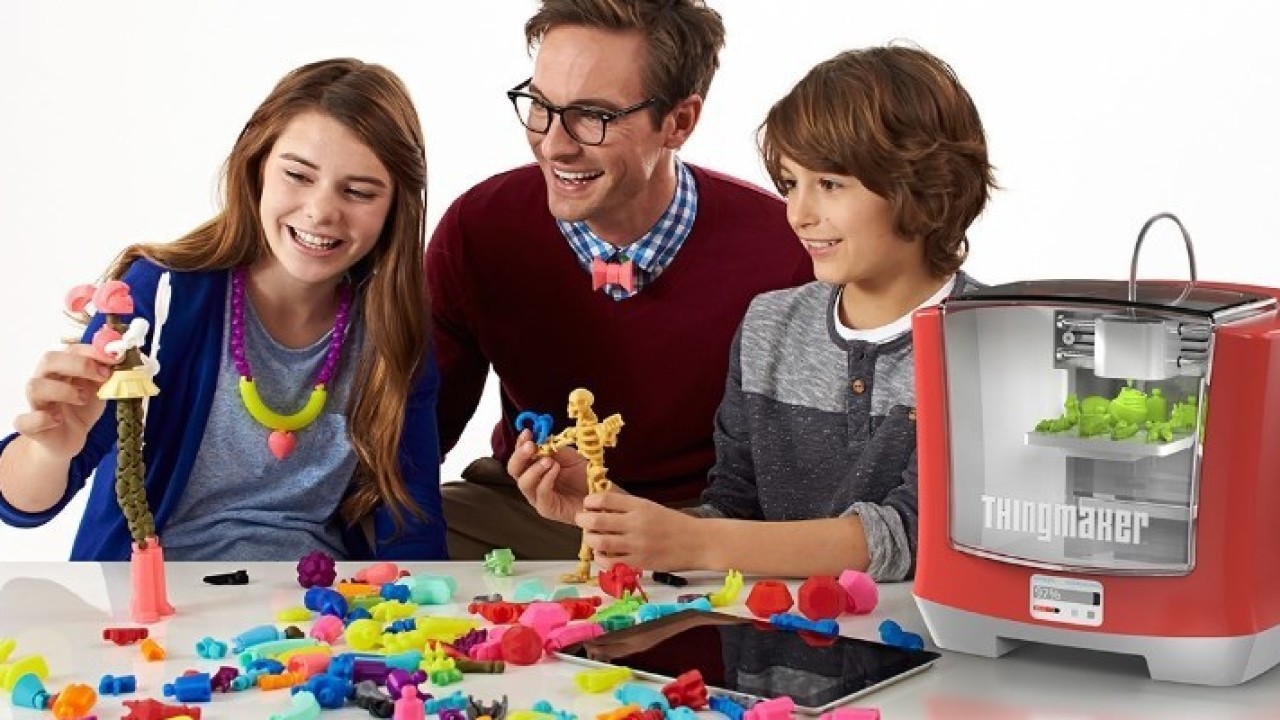 At the New York Toy Fair this weekend, Autodesk and Mattel showed off the Thingmaker 3D printer that they collaboratively developed. The device will be available for pre-order on Amazon in the US from Monday at $299.

First announced in April 2015, this printer pays tribute to Mattel’s Thingmaker from the 1960s, which let kids mold a synthetic material called Plastigoop into toys like Creepy Crawlers. The new version will ship this fall.

The device prints parts in batches with ball-and-socket joints for easy assembly and keeps kids from harm by locking the printer door until the process is complete.

While the price will certainly appeal to parents, it isn’t the first 3D printer in this price range: XYZprinting’s Da Vinci Jr. 1.0, aimed at homes and schools, retails for $330.

The all-new Thingmaker pairs with an app that’s already for iOS and Android to let users create their own toys by combining parts from a large library or customizing pre-made templates for characters and jewelry.

According to Mattel, the app works with other 3D printers as well. That could be part of a plan for the company to profit from selling designs for premium parts and models to a wide base of DIY enthusiasts.

Perhaps even more exciting is Mattel’s plan for the future of ThingMaker. The company’s senior director for advanced concepts, Aslan Appleman, told USA Today that Barbie and Hot Wheels models won’t be available at launch, but they are “part of our longer-term strategy.”