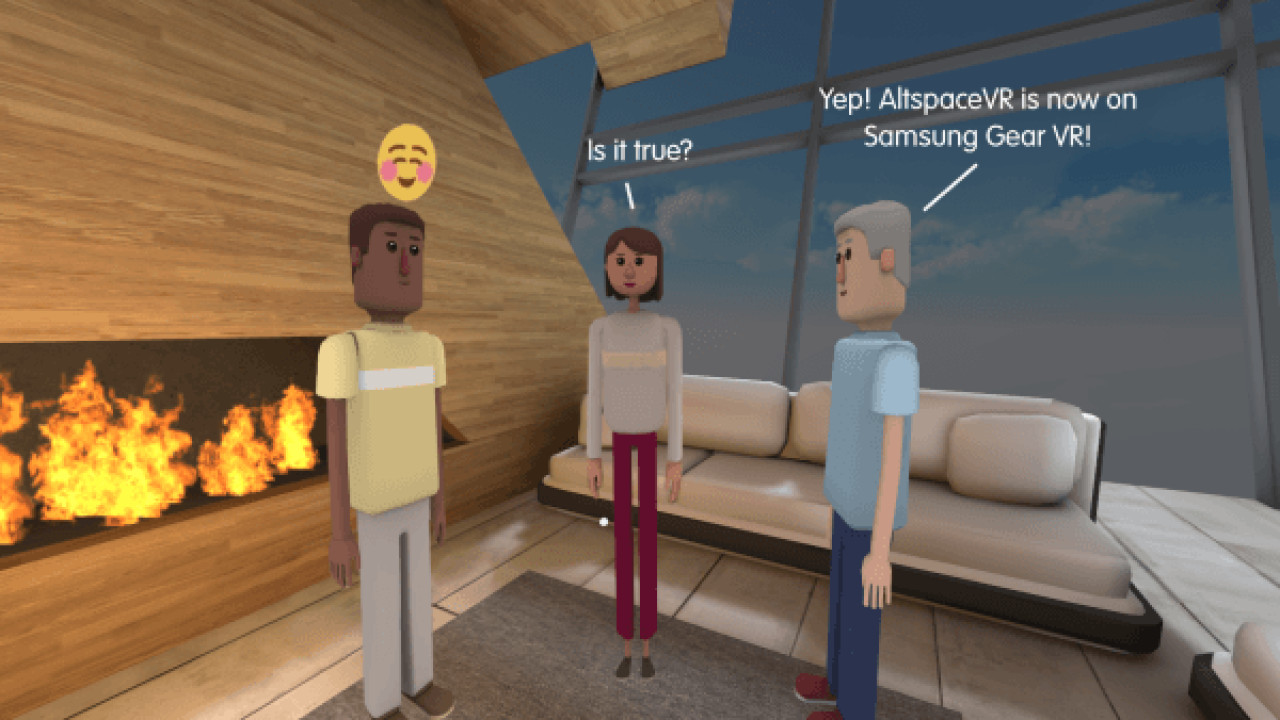 Samsung Gear VR just got a new app that allows its users to mingle with people on other devices in a virtual world like Second Life.

AltspaceVR is available to download now for anyone using the Gear VR, HTC Vive and will be compatible with the Oculus Rift soon too when it finally goes on sale.

It’s an interesting take on making VR a more social experience and allows its user to create customized avatars and spaces too. While it is essentially a game in itself, there’s more to the shared world than that.

The emphasis is very much on creating an open, collaborative experience for all of its users on any platform. Users can do things like chat, play third-party games or just watch YouTube and Netflix together.

The company has also made its platform available to third-party developers to build their own in-world games and apps.

It’s also the first time the virtual world experience has been made available cross-platform using VR headsets, meaning people will no longer need to be tied to a desk and could potentially take their virtual reality friends on a real-life day out using the headset.

Of course, Second Life is the most well-known virtual world and has a longstanding cult following. Its creators, Linden Labs, have also announced a VR iteration called Project Sansar, which is set to be released this year as well so it will be interesting to see how the two worlds can compete.