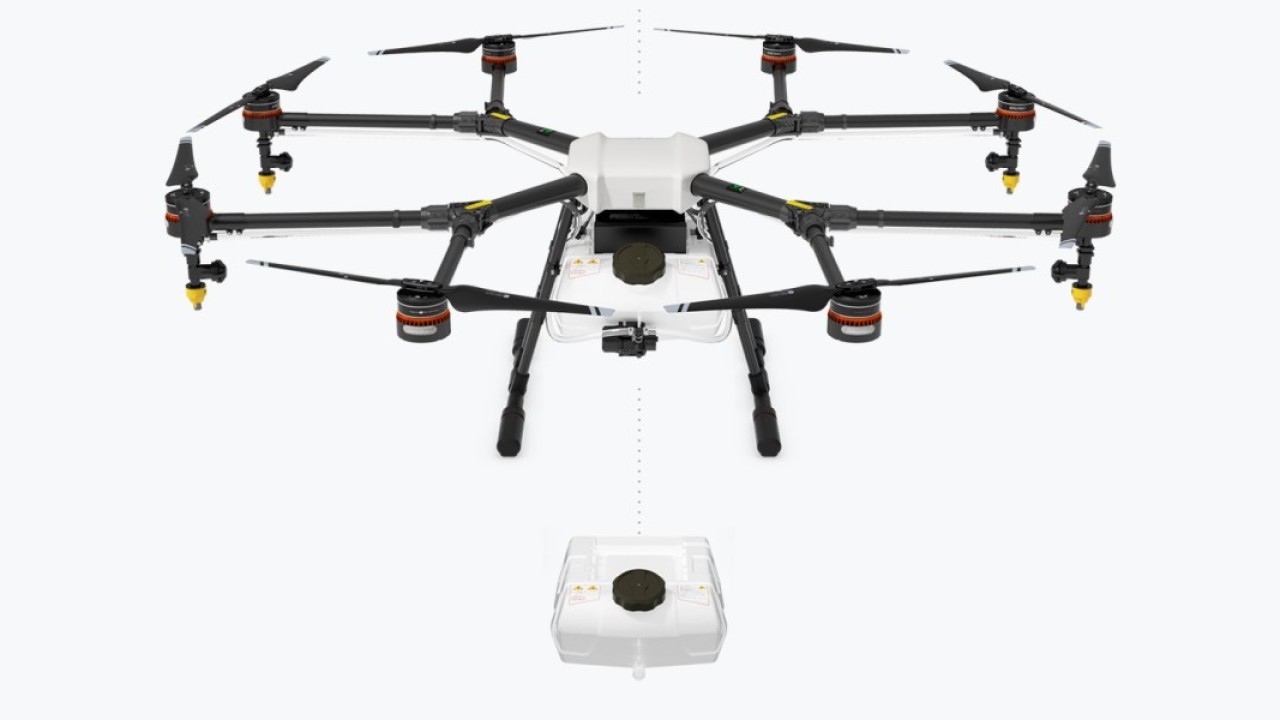 Most drones sold today are designed for recreational use: flying it around your backyard or shooting videos of your outdoor adventures. But it’s not all fun and games. DJI has entered agricultural airspace with its new Agras MG-1, a $15,000 crop sprayer.

The Chinese manufacturer’s latest offering is designed to spray pesticides on crops from its 2.6-gallon tank. The eight-rotor drone can fly for about 12 minutes on a single charge. DJI says it can spray between seven and 10 acres of farmland per hour, depending on the terrain it has to cover. Of course, that doesn’t count the time it takes to charge its batteries.

In addition, the MG-1 is dust-resistant and contains a cooling system to keep its internals in good shape and extend the drone’s life. Best of all, it can be set to cover a pre-defined area automatically.

Pre-orders for the MG-1 start today in China, and soon in South Korea and other markets.

It’ll be interesting to see if the MG-1 takes off across the world. Valued at $8 billion, DJI is the largest maker of consumer drones in the world, and the success of its first aerial crop sprayer will determine whether the agricultural drone market is indeed ripe for harvesting.

In 2013, the Association of Unmanned Vehicle Systems International, a drone trade group, forecast that that agriculture would account for 92 percent of an estimated $82 billion economic impact from commercial drones in the US over the next decade (PDF).

Among the challenges ahead are the limited carrying capacity and flight time of such drones, as they wouldn’t be suitable for larger farms like those in the US. According to the Wall Street Journal, they risk losing out to small planes that are currently used to spray hundreds of gallons of pesticide and are relatively inexpensive to hire.

There are also flying regulations to consider, as the number of drones, and thus, air traffic, increases across the globe. The US Federal Aviation Administration (FAA) estimates that Americans will have bought 700,000 drones by this Christmas and is considering having each owner register their unmanned vehicles.

In addition to planes and helicopters, there are also Amazon and Google’s delivery drones to worry about. The agency is working with drone maker PrecisionHawk to test an on-board system that will allow drones to report their own locations in the air using cell towers, instead of having a central control tower attempt to track each one.

With agricultural drones poised to take to the skies, the FAA will have its hands full governing the flights of so many vehicles at once. It’ll be interesting to how it implements learnings from its Pathfinder program to understand the future of drone operation, and what that spells for unmanned flight.