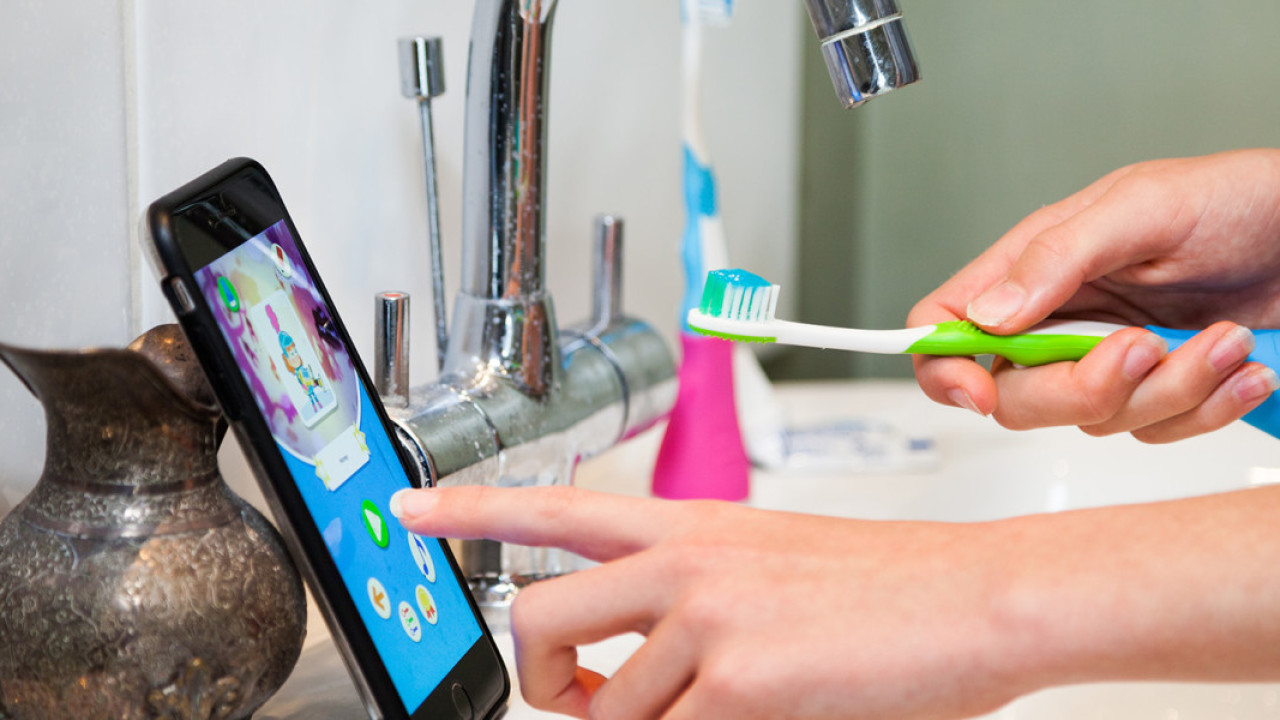 It isn’t always easy to get children to do the rather mundane ‘adult’ task of brushing their teeth twice every single day. So, turning it into a fun activity can surely be no bad thing; enter Playbrush.

Available from today in the EU, US and Canada at $51 (€49) apiece, Playbrush fits on the bottom of any toothbrush handle and pairs with a smartphone game to encourage kids to brush thoroughly and often. The gadget can also be shared amongst siblings as it’s easy to detach.

The device includes motion sensors to detect whether little Janey has brushed in every corner and guides them through a healthy routine via a mobile game controlled by their brushing action.

Geared towards children aged between five and ten years, Playbrush ships with Utoothia, a game that takes players through 12 countries to collect magical teeth for the Tooth Fairy. In addition to actual brushing challenges, the title lets kids advance through levels with performance-based goals like brushing properly for two days in a row.

Utoothia, developed in-house, is available now for iOS and will arrive for Android on December 15. The company has more titles planned for release every couple of months.

Of course, Playbrush isn’t the first smart brushing gadget out there — but it’s significantly cheaper than its rival Kolibree, which costs $150.

Playbrush is available through the company’s online store now, as well as select dentists, children’s stores and pharamacies in Austria and the UK. The device will also go on sale on Amazon soon.