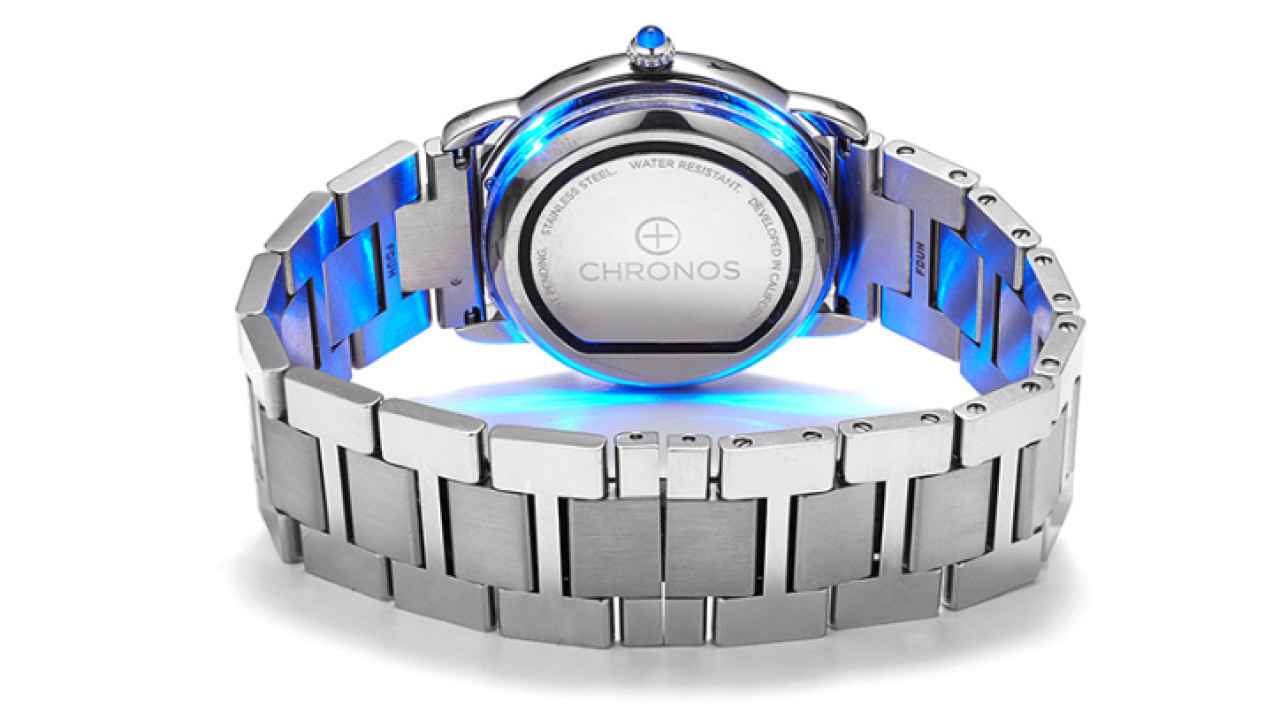 Traditional watch fans no longer have to consider forgoing their expensive wrist-wear to have technology on their arm. Chronos, a small disk that fits on the underside of any watch, brings core smartwatch functionality without making you decide on a platform.

At a mere 3mm thin and 33mm in diameter, it sticks to the underside of any watch using micro-suction. A companion app for iOS or Android means its available for anyone (unless you’re a one-percenter still on blackBerry).

Using Bluetooth 4.0, the waterproof Chronos is mostly tasked with feeding you notifications. It’ll buzz slightly when you get a new email or text message, and can light up if you need visual cues.

It also has an accelerometer, which will bring some light fitness tracking. Chronos says the battery lasts about 36 hours, which is about what you can expect with judicious use of an Apple Watch or Android Wear device.

Chronos says its disk fits roughly 80 percent of watches sold today. It’s $99 price tag should also be a good fit for most wallets.

Unfortunately, it’s only available for pre-order, and ships in the Spring of 2016. By then, we may be looking at new smartwatches that have added functionality.

Hardcore watch fans will still have their timepieces, though, so Chronos will still be quite relevant.