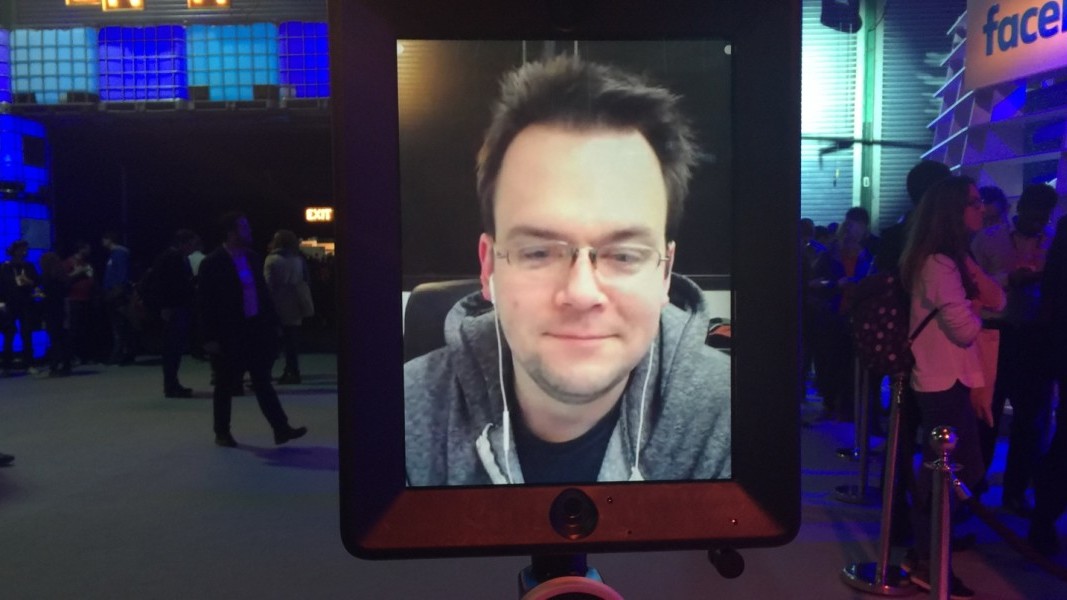 There are plenty of tech CEOs at the Web Summit in Dublin this week, but only one of them has wheels, no arms and an iPad for a head.

Double Robotics CEO David Cann is staying up through the night in California to visit the conference via one of his company’s own telepresence robots.

Cann says that the firm has now sold 5,000 of the robots for use largely in business and education settings. The robots are controlled using the cursor keys on the user’s computer, while the iPad attached to the top acts as the user’s eyes, ears and mouth.

While text-based communication tools like Slack and Convo are more efficient for a lot of remote working tasks, Cann says his robots help workers feel more a ‘physical’ part of office life. Having used one recently for a meeting with a startup 5,000 miles away, getting to move around the office definitely adds extra context and depth to the experience that a simple Skype call can’t achieve.

Still, we probably won’t see telepresence robots become a popular way of attending conferences for some time yet – maintaining a stable enough internet connection to stream video and audio both ways is a challenge on typically rubbish conference Wi-Fi connections.