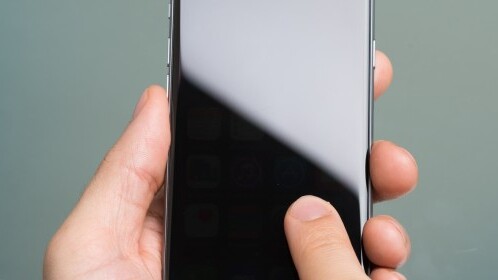 Smartphones are packed with a lot of sensors that the machine uses to understand its orientation and place in the world. For example, it knows when its is being held sideways, and can locate itself with GPS. But can those sensors also tell a doctor when you’re suffering from a mental illness?

A study conducted by Venet Osmani at the Center for Research and Telecommunication Experimentation for Networked Communities (CREATE-NET) in Trento, Italy indicates that a combination of smartphone sensors can detect when a user is having a manic or depressive episode.

In the study, Osmani gave 12 bipolar patients smartphones for four months and checked in on them every three weeks to monitor their conditions. It turns out that activity and location data on that smartphone could accurately predict a change in mood at the rate of 94 percent. Monitoring phone calls for frequency and speed of calls bumped that accuracy up to 97 percent.

Essentially, when users showed an increase in average activity (measured by GPS location and accelerometer speed), faster calls and more calls total, it indicated a shift into a manic episode. When activity, call length and call volume regressed, it signaled a shift into depression.

It’s a small sample with very limited time limit, but it does present some promise. Detecting the change in moods, especially for a dynamic condition like bipolar, could help patients better care for themselves and recognize when and how to seek treatment. Complete with the possibilities in things like Healthkit, we could see more uses of the smartphone to treat things like anxiety disorders or depression.

The study is a single step forward, but it could mean plenty of potential in using modern, ubiquitous technology to keep track of more than just our heart rate.

➤ How Your Smartphone Can Detect Bipolar Disorder [MIT Tech Review]