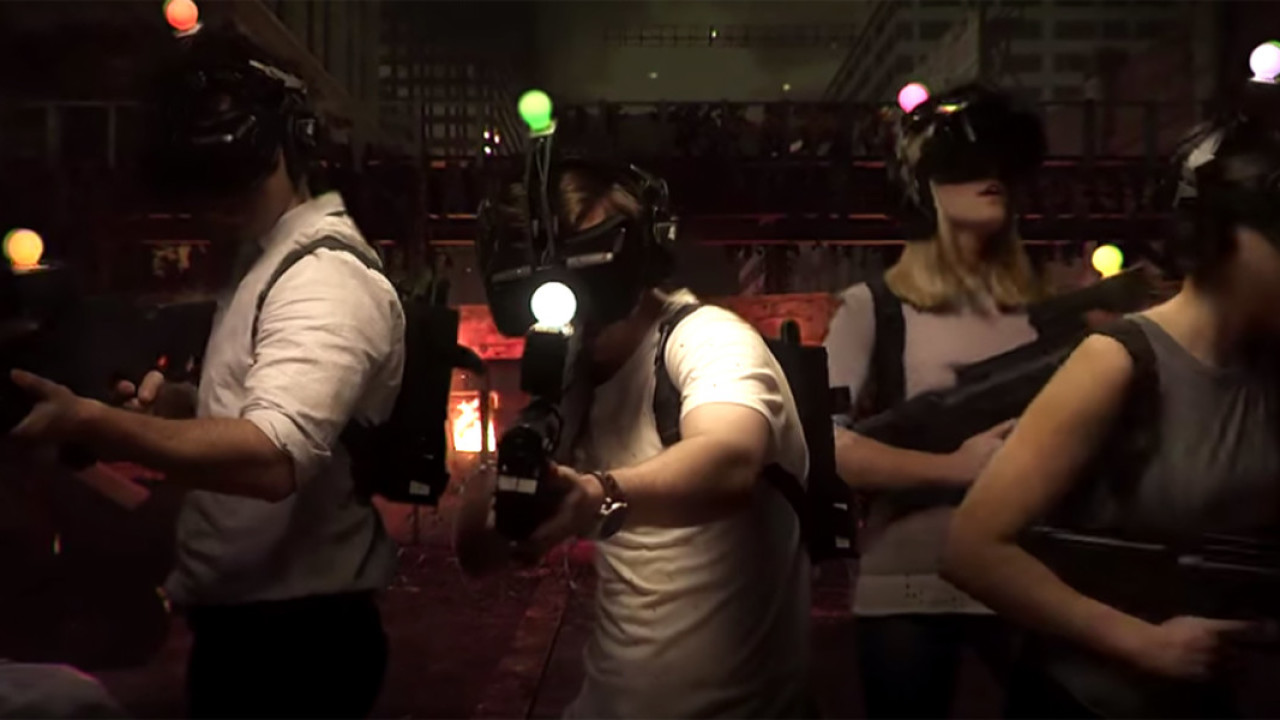 A new “free-roam” gaming center in Melbourne, Australia called Zero Latency has opened to the public, designed to offer a genuinely immersive virtual reality experience in a large space. Its players testify that it’s “like literally being in a video game.”

The center — tested in advance of its public opening by CNET — inhabits a 4,300-square-foot warehouse containing 129 PlayStation Eye cameras. The game consists of a one-hour experience for four or six players. Online sales began in early August, and CNET reports that within a week, hundreds had signed up for $88 (Australian) or $65 (US) per person.

Players strap on a backpack containing an Alienware Alpha PC — this is what actually renders the virtual environment for the users’ Oculus Rift DK2 headsets.

The name alone should offer a clue of how seriously Zero Latency takes immersion. Latency — the lag time between when you act and the virtual environment reflects your action — is a huge deal for VR creators because the delay can destroy the immersive quality of the experience, allowing users too much awareness of the real world.

Indeed, the center is riffing off of this as much as possible, challenging users with the following:

Imagine a game that doesn’t feel like a game. Where your body is the controller. And your mind believes it’s real. The digital and real world meshed seamlessly together, to transport you inside the virtual like never before. When you move, the game moves with you. Pure immersive mayhem with the freedom to get up and go.

The facility — three years in the making — may be the first, but will not be the last. The Void, with a similar idea in mind, plans to open a VR gaming center in Salt Lake City by next year.

Read next: Game companies are having a blast with Oculus Rift