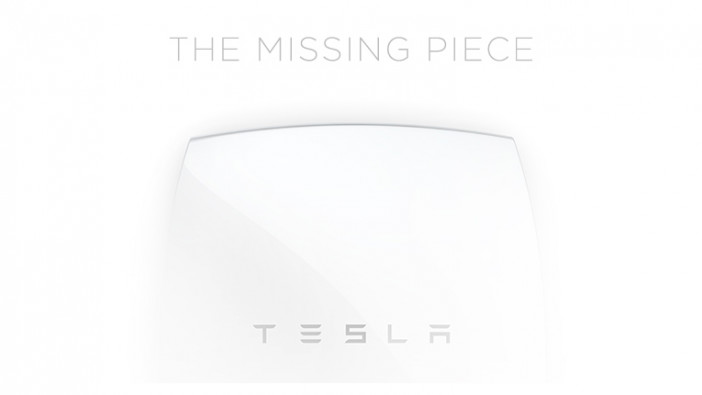 We’ve all heard of The Missing Link, but electric carmaker Tesla’s April 30th event — The Missing Piece — promises to be somewhat less elusive.

The company’s invite to the press for a look-see, featuring Apple-esque cover art, is indeed a mysterious partial outline of … something with a curved top edge. However the buzz (and a previously emailed announcement) indicates that the company plans to unveil a new home battery at its design studio in Hawthorne, California (a hop-skip from Los Angeles).

The battery for homes and businesses will likely be based on the company’s lithium-ion technology. While few details are available right now, published reports indicate that it may be similar in concept to existing home batteries that can both store excess solar power and backup the power supply in case of an outage.

In addition, the Verge says that Tesla is building a “Gigafactory” in next door Nevada to produce lithium ion batteries for cars and additional uses such as home solar. Tesla CEO Elon Musk also heads up SolarCity, a provider that may also serve as a sales outlet for Tesla’s batteries.