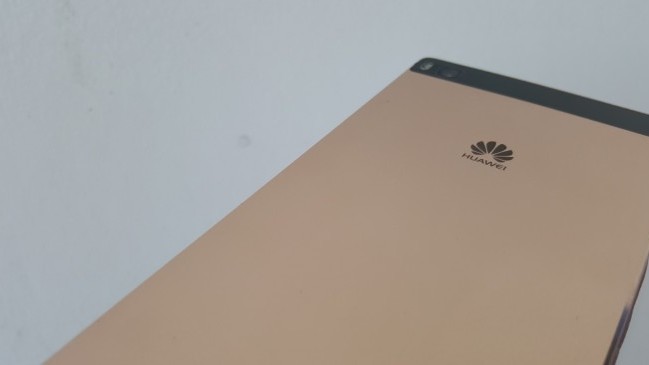 While you might argue that a 6.8-inch screen puts the P8max into tablet territory, Huawei is pitching it as a straight-up, everyday smartphone. Just a bit of a huge one.

TNW was at the launch and went hands-on with the two devices for a quick test to see if they really exude the ‘premium’ feeling extolled during the public unveiling.

A couple of years back, Huawei made the decision to switch its P-series from plastic to mettalic chassis; that was a smart move.

Both the P8 and P8max have all metal bodies and narrow bezels to keep the overall size down as much as possible. Both are incredibly slim in the hand, too. The P8 is officially 6.4mm thick, while the larger max model is still only 6.8mm thick.

Huawei also made a lot of noise about the complete lack of curvature on the front or back of the handset – something that comes in contrast to other manufacturer’s devices, like the G Flex, for example.

While it’s nice not to have any protrusion whatsoever from the P8’s camera sensor, the deliberate lack of any shape did make the wide-bodied 6.8-inch P8max a little hard to hold in one hand comfortably. The sides of both devices do actually have tapered edges to help with this though, and the 5.2-inch P8 wasn’t difficult to hold, just a bit ‘square-edged’ feeling in the hand.

The right hand side of the handset has a single-piece volume rocker, power button and combined SIM and microSD card slots. There’s no dedicated shutter button for the camera.

Overall, it seems to be attention to detail that has paid off – it does feel and look like a premium device from the second you open the box.

Despite being mostly metal, the P8’s not really all that heavy – officially just 144 grams, making it just a few grams heavier than the Galaxy S6.

The larger P8max is still just about acceptable on weight too, but if you manage to fit it in your pocket, you might feel the 228 grams – that’s pretty much the case with any particularly large-screened phone, though.

Both displays offer full HD resolution, so images look nice and sharp. More so on the smaller P8, but it was hardly noticeable.

We got the chance to use the P8 outdoors in direct sunlight and the screen remained visible, so it’s bright enough too.

Out of the box, both handsets run Android 5.0 (Lollipop) with Huawei’s custom-tweaked Emotion UI.

Many (including me) would prefer stock Android and the regular apps that brings, but that’s not the message Huawei wants to send with these devices; it wants – and needs – to establish itself as a viable high-end alternative to big name rivals with its own apps and services. 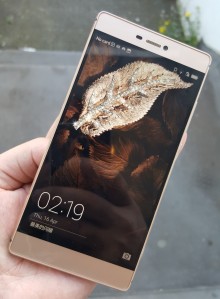 If you’re familiar with the Emotion UI, you’ll be perfectly at home with both devices. If not, the lack of an app drawer might be a bit frustrating at first. The complete lack of ‘Google-yness’ out of the box might be a bit disconcerting.

There are a couple of other foibles that are a bit annoying too, like the way in which information displayed when taking a photo doesn’t rotate when put into landscape mode.

However, the tweaks do add additional features, personalization and optimizations that wouldn’t otherwise be possible.

We got the chance to test out the P8’s voice-controlled ‘lost phone’ mode, which allows you to use voice commands to wake it up and make it ring so that you can find it. It’s debatable whether you’ll like the slightly cutesy “I’m here!” response you get back, but the loud ringing and flashing camera helps.

There are also things like ‘Director Mode’ that lets you collaborate on a movie with friends, using multiple phones at multiple angles.

We’ve not had much of a chance to test the octa-core processor’s performance with anything demanding. We also need to put the 4-color 13-megapixel camera sensor through its paces in a more detailed look at the devices.

From a quick test, the camera captures images quickly and seems to be reasonably well balanced. Check out the two demo shots below, both taken on auto settings from first set-up. 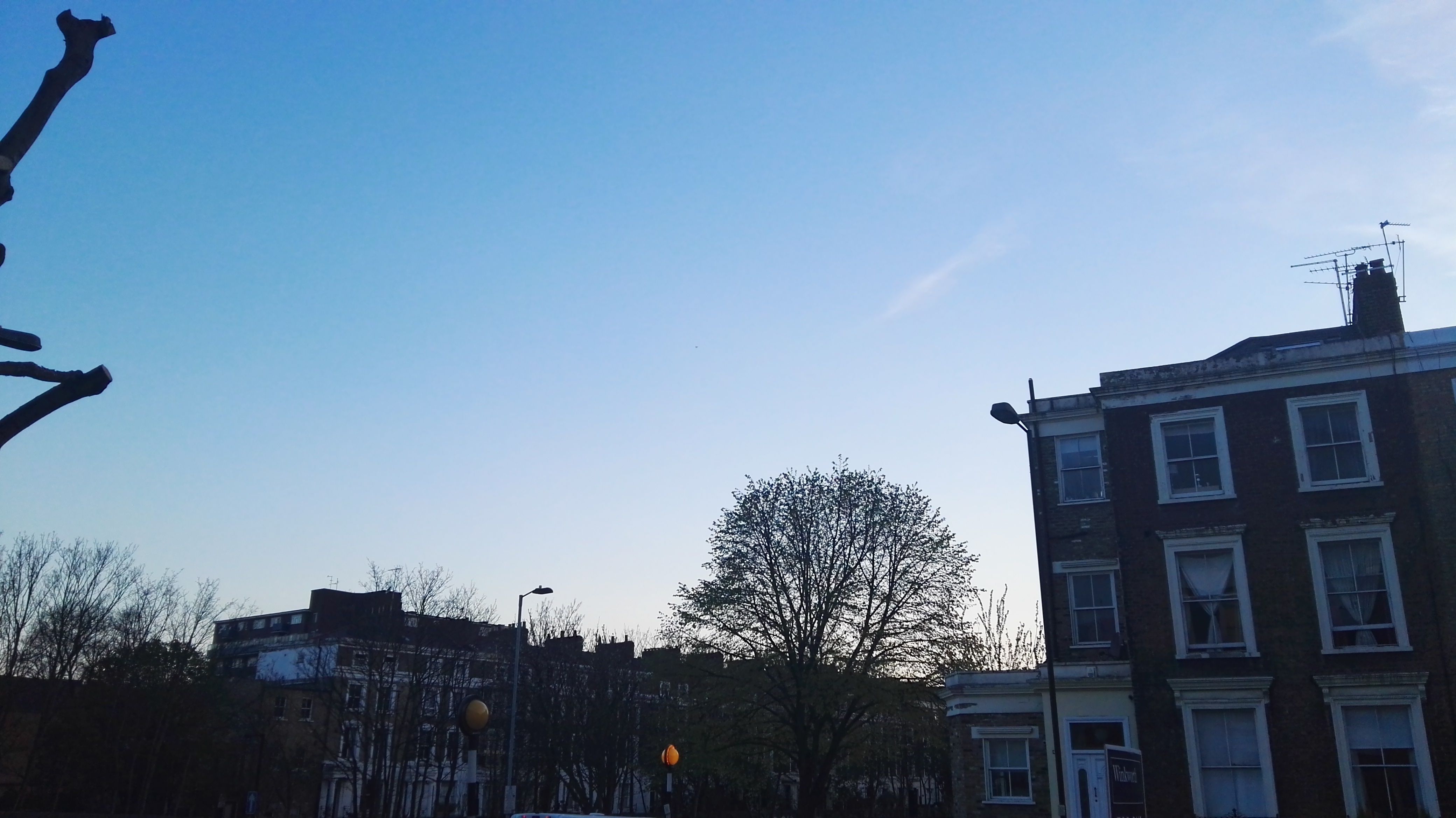 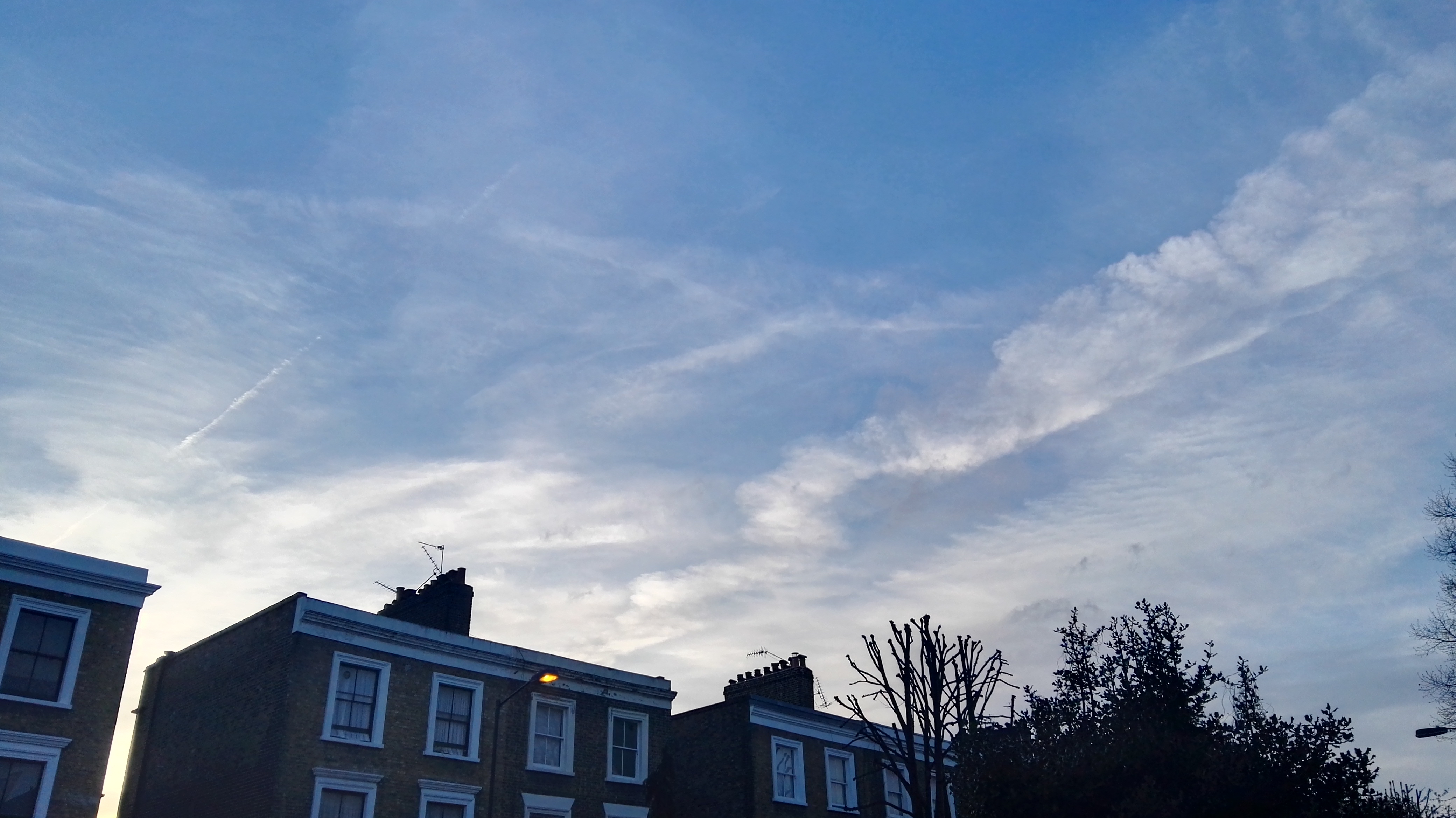 We also looking forward to testing out the claimed full one-day battery life, even for heavy users.

Huawei, much as it wants to be, isn’t viewed in quite the same way that Motorola, Samsung, LG and other handset makers are in Europe. In that regard, it’s biggest challenge with the P8 and P8max isn’t the performance of the devices, but getting people to show interest in the first place.

What it now has, however, are two solid devices – in every sense – that are sleekly designed and exude quality, even if the price tag isn’t quite as high as some of the aforementioned rivals’ flagships. Both the P8 and P8max come in ‘regular’ or ‘premium’ variants, which essentially equates to a €100 difference in price for additional storage space and a slightly different choice of colors. The P8 starts from €499, while the P8max will cost at least €549.

The P8max manages to pull off its ridiculously sized 6.8-inch display, just about, by keeping the overall width of the handset down – but this doesn’t make it suitable for one-handed operation, necessarily.

Its weakest spot, on first impression, is the software side of things. If you’re hooked on stock Android, you’re probably not going to appreciate a lot of the changes, but if you’re willing to spend a little time relearning things, then neither the P8 nor P8max should disappoint on the hardware.

Check back for our full review of the P8 soon!