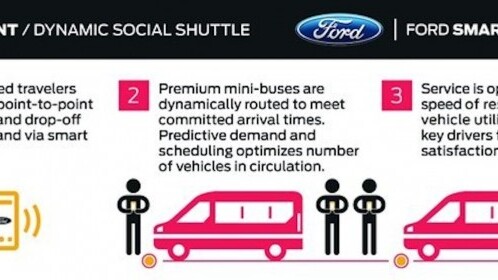 Ford is experimenting not just with new models of vehicle and technology inside them but with how people interact with them more widely. The company’s CEO Mark Field has told BuzzFeed that it’s been developing its own ridesharing service.

Dynamic Shuttle is an experimental app-based system which would use a fleet of vehicles to pick up and drop off passengers on a route determined by demand.

Field says the service is nearing commercial viability and he’s pretty bullish, noting that Ford has both the vehicles and the coding talent to pull it off. If it does roll out Dynamic Shuttle as a product, it could prove a very interesting competitor for existing players.

➤ Ford Is Chasing Tesla And Uber Into The Future [BuzzFeed News]