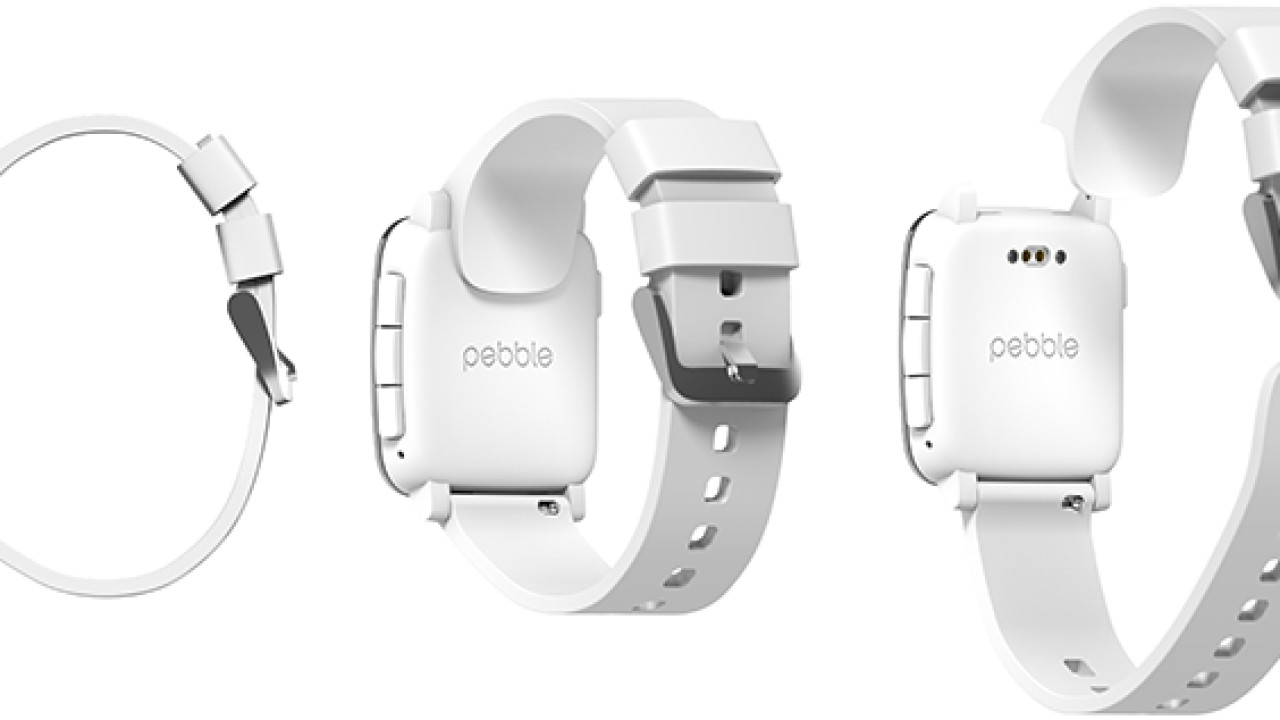 One of the biggest criticisms of the Apple Watch, even before its officially launched, is the limited number of sensors built into the device. That’s why I suspect there’ll be some sore heads in Cupertino today after Pebble announced its plan for smartstraps.

After launching its color screen Pebble Time smartwatch last week and breaking Kickstarter records in the process, the company dropped another bombshell today with details of how its new charging and data connector will work.

The connection can send and receive power and data to the device which opens the way for smartstraps. They’ll be able to replace the normal watch band and offer extra features via dedicated APIs.

Pebble says those APIs won’t be available to developers until “several months” after it starts shipping the Pebble Time in May but when they are, it’ll make a huge difference to how the device works.

The APIs will allow developers to read and write to the port, have the device detect when a smartstrap is attached, and automatically launch apps and functions.

Developers will be able to create accessories that extend the Pebble Time’s functionality beyond the sensors built in to its main body. The company uses the examples of adding GPS, a heart rate monitor, NFC and greater battery life but the potential is huge.

As long as smartstraps are as easy to swap as Pebble tells us they are, the smartwatch has suddenly become a lot less limited. Rather than having one restricted device, you’ll have a platform that can support a huge range of different sensors.

The smartstraps will also be able to expand the real estate the device has for showing notifications and offer them in interesting new ways.

I’m willing to predict right now that the second generation of Apple Watch will arrive with its own version of smartstraps but, in the mean time, Pebble could have a significant edge over its competitors.

In addition to the smartstraps news, Pebble’s announced an even newer design of its smartwatch – the Pebble Time Steel. It uses the same system as the Pebble Time but features a stainless steel case and a larger batter that promises up to 10 days of normal use.

Another difference is that the color e-paper display is also bonded directly to the top lens. The Time Steel will be available in Gunmetal Black, Silver Stainless and Gold with a choice of two standard straps – leather and steel.

Backers of the Pebble Time Kickstarter campaign can change their contribution to upgrade to the Steel without losing their spot in the pre-order queue. It costs $250 – jumping to $299 when it hits retail – versus $169 for the Time, and will ship in July.

Introducing the Time Steel is another smart move on Pebble’s part. It followed the same pattern with the original Pebble and the more high-end finishes will allow it to catch fashion-conscious folks whose eyes may been caught by the Apple Watch.

Read next: The Apple Watch Will Launch Outside the US in April Too