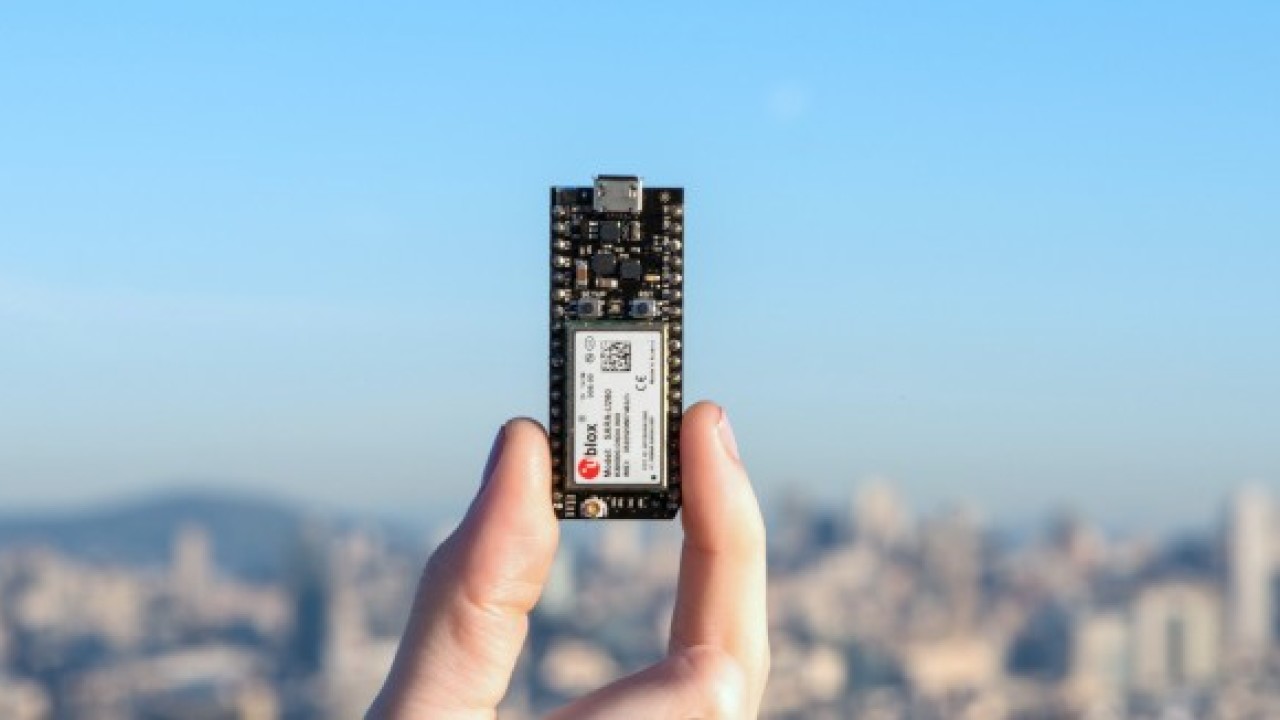 Spark has been on a mission to simplify the business of making connected products for some time. It started with the Spark Core, then moved on to the Photon and the Internet Button. Those products all relied on Wi-Fi. Its latest takes on the even trickier task of bringing cellular connectivity to the Internet of Things.

The Spark Electron is the company’s first cellular-connected development board and is available for pre-order on Kickstarter now, starting at $39. It’ll come with a SIM card and a $2.99 per month data plan in the US that can be cancelled at anytime. Spark’s currently working on international plans, which it will announce soon.

The Electron will be powered by Spark OS, the company’s cloud-based operating system, which connects its micro-controllers to the Web via a set of open-standards.

Spark CEO Zach Supalla explains the thinking behind the new board: “We’re surrounded by cellular towers designed for our mobile phones and tablets but those same cell towers can be used for all kinds of products. We hope to bring this technology to the masses and enable a whole new generation of connected products.”

He tells TNW that the Electron’s development was sparked by seeing “people creating things with the Wi-Fi toolkits which really should have cellular connectivity, like agricultural products.”

The company decided to launch the product on Kickstarter not as a means of accessing money but to tap into a community of people. Supalla says:

“We have money now. We’ve got investment and sell a lot of dev kits. Going with another Kickstarter campaign isn’t about crowdfunding for us, it’s about visibility. That’s really important to us. We know key people in big companies spend time on Kickstarter and look at the new products coming from it.”

The Electron is Spark’s third campaign on Kickstarter and has a relatively modest $50,000 goal, which Supalla confesses he hopes to “smash.” The company’s first attempt in 2012, seeking backing for a connected lighting product failed. Its second, which sought backing for the Spark Core, was a resounding success – raising $567,000 in 30 days from an initial $10,000 goal.

Supalla says: “We’re trying to change how the cellular industry works and we need the voices of our Kickstarter backers to prove to the telcos that engineers and developers are worth investing in.”

Giving Spark’s experience with Kickstarter campaigns and its existing community of supporters, the Electron is likely to hit its goal pretty quickly, though perhaps not as swiftly as the Pebble Time managed yesterday.

Read next: Spark’s Internet Button Is An IoT Remote With IFTTT Built In