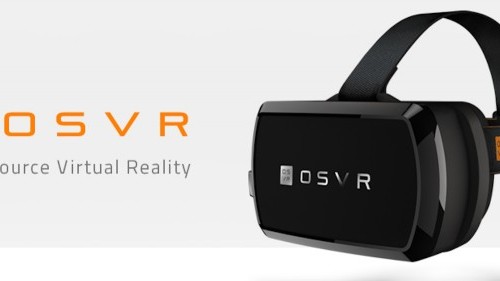 Razer has teamed up with a bunch of other companies involved with virtual reality, gaming and gesture controls, including Unity, Leap Motion, Sixense, Nod and Gearbox Software, to launch Open Source Virtual Reality (OSVR).

The aim of OSVR is to create a standardized interface for building virtual reality apps and games. Razer is showing its OSVR Hacker Dev Kit at CES and will make the headset available to the public in June.

While OSVR potentially offers an alternative to Oculus’s efforts, it will work with the latest version of the Oculus dev kit so you won’t have to choose between them.

The big difference between Razer’s OSVR headset and Oculus is the price – it’ll cost just $199 versus $350 for the Oculus Rift DK2. It will display content at 1080p resolution but with a refresh rate of 60 frames per second – the same as the Samsung Gear VR – rather than the slightly smoother 75 frames per second offered by the DK2.

The headset also sports a gyroscope, accelerometer, and compass. There are USB ports for connecting controllers or other devices and, since the hardware is open source, all of its circuit boards are modular. Razer is making the schematics and 3D files available to download.

Any software developed for the Unity 3D or Unreal 4 Engine will run on the Razer OSVR Dev Kit while the aim of the coalition is for anything made with its tools to work across all other VR devices, including the Oculus Rift DK2.

With Oculus edging closer to a consumer version of its headset, OSVR is a welcome addition to the space. The more developers working in the area, the more likely it is we’ll end up with VR that doesn’t make us feel queasy.