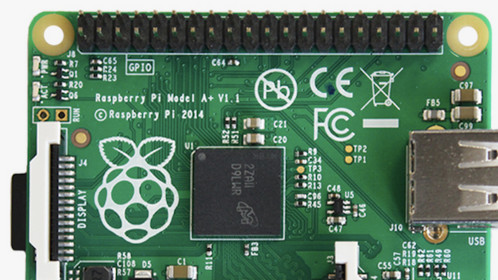 Good news for makers, tinkerers and mini-computer fans. The Raspberry Pi Foundation has announced a new, slimmed-down, perked-up version of its low-end Model A board. The Raspberry Pi Model A+ is available now and costs just $20 (£20 in the UK). That’s $5 less than the Model A, which has now been discontinued.

Though it sticks with the same processor (a Broadcom BCM2835 SoC) and amount of RAM (256MB) as before, the difference with the Raspberry Pi Model A+ is the size. At just 2.6in long versus its predecessor’s 3.4in, the Model A+ can be incorporated into even more projects. It also draws less power and has an improved audio circuit with a dedicated low-noise power supply.

The Model A+ has inherited some improvements from the Raspberry Pi Model B+, which was launched in July. The Model A+ uses MicroSD instead of SD cards and adds another 14 GPIO (General-purpose input/output) pins for a total of 40.