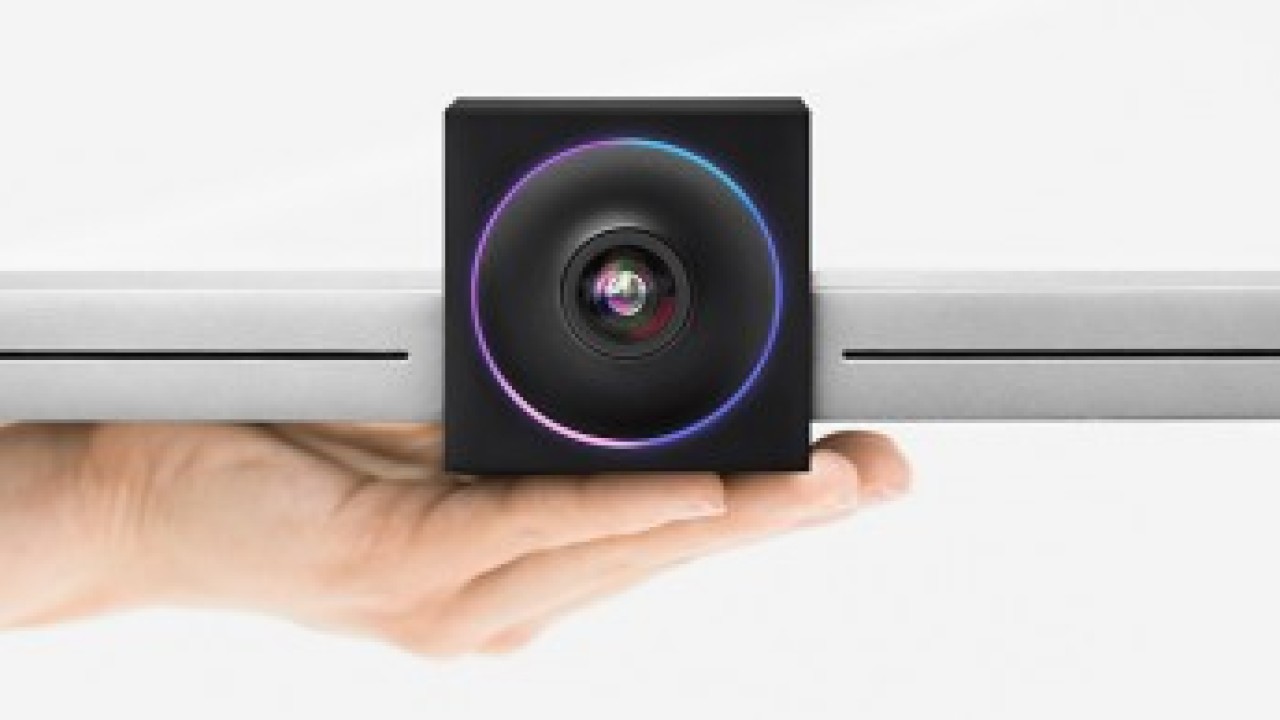 Even with technological advances in other aspects of our lives, business meetings have remained frustratingly antiquated. Conference calls, which often still take place over traditional landlines, are spent talking over each other, while the first chunk of in-person meetings is wasted trying to get our laptops working with the TV or projector.

The newly-launched Highfive has reimagined the whole experience and come up with a hardware/cloud service solution that takes much of the pain out of it. Highfive set out to solve two separate, but often overlapping, problems: face-to-face meetings in a conference room and remote meetings.

Highfive’s hardware is a $799 device that sits on top of a TV or mounts to a wall and includes a wide-angle 1080p video camera, microphone array and HDMI and ethernet connections. That’s a fraction of the cost of existing conferencing equipment providers, which charge as much as $20,000 to outfit a room.

The device has been lovingly designed. It looks like Apple made it, down to the packaging. If I had to draw an analogy, the Highfive experience feels like Dropcam for the enterprise. It’s a business-focused service, but one that is built with individual consumers in mind. Instead of the connected home, this is the connected office.

The Highfive service extends beyond just the hardware to also include the devices we already use: smartphones, tablets and laptops. You can start a call on your phone as you’re on your way to the room, then easily send it to the Highfive device once you arrive. If someone’s dialing in remotely, they can do so from another Highfive or from their own laptop.

Highfive supports wireless screen sharing, so you can easily beam a slideshow or demo over to other participants on your call. You can include up to 10 people on a single conference. The basic version of the cloud service is free for companies that own at least one Highfive device. An upcoming pro plan will cost $10 per active user per month and offer additional features like phone minutes, single sign-on, custom branding and a town hall feature.

The startup’s co-founders come from Google’s enterprise division. Highfive CEO Shan Sinha and CTO Jeremy Roy founded DocVerse, which became Google Drive. Sinha went on to serve as a group product manager for Google Apps for Enterprise while Roy worked as the engineering lead for Google+ for Enterprise. Sinha decided to start Highfive after seeing the improvement in productivity that came with the video conferencing setups outfitted in every Google conference room.

Interestingly, Google has released its own video-conferencing platform, Chromebox for Meetings, since the pair left. When I asked Sinha why he and Roy didn’t just build Highfive while at Google, he explained that the company’s enterprise products are “largely an afterthought” to their consumer services. The Hangouts team, for instance, spends engineering resources building silly widgets like hats and fake backgrounds while the business version of Hangouts suffers.

“What Google has created [with Chromebox for Meetings] is an accessory for Google Apps customers,” Sinha said.

So, instead of building something for the 10 percent of companies that use Google Apps, he wanted to serve the other 90 percent.

Highfive claims that its product and service will “just work” out of the box. That sets a high bar, but the demonstration I saw lived up to it. The hardware uses Bluetooth LE to let nearby devices find it, making setup a snap. If you want to invite someone to a call, you just have to send them your unique link.

Preorders for Highfive start today, with the first units expected to ship out in four to six weeks. The company has been testing the device with 100 customers, including startups like Warby Parker, Shutterfly and Hotel Tonight.

I don’t usually get this excited about enterprise companies, but Highfive is doing something special. I spend a lot of my week in awkward conference calls, so this is solving a pain point that I feel. Now that Highfive has launched, I’m looking forward to seeing more of those calls switch over to a better video solution.