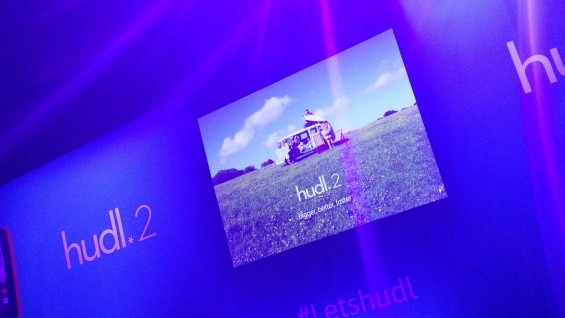 Tesco transcended its grocery roots long ago, offering everything from clothes and mobile phones to insurance and banking services. But just as it prepares to offload its on-demand video streaming services, Clubcard TV and Blinkbox, the British supermarket giant still reckons it’s on to a winner with its foray into tablets.

Yes, with the first Hudl incarnation that launched last year, Tesco offered much bang for your hard-earned buck. The combination of price and specs ensured it had a smash hit on its hands, even if one’s natural instinct when met with a supermarket-launched tablet would otherwise have been to run for the hills. Today, it has sold north of 750,000 units across the UK.

Today, Tesco unveiled the much anticipated follow-up – the Hudl2 – to a packed auditorium in the center of London. “It’s a step change in technology,” the company said.

The device has undergone a complete redesign in terms of both hardware and software. The Hudl2 sports an Intel, quad-core processor, which Tesco says is three times faster than the Hudl 1. It has an 8.3-inch full HD screen, comes in a range of 8 colors, and will go on sale from October 9.

Interestingly, it also comes with strong parental filters, with owners able to set up a profile for up to seven separate users, which can each be set according to the age of each intended user.

The original Hudl went to market initially for £119, a price that was subsequently lowered to £99. Tesco is coming in at a slightly higher price-point this time around, selling the new incarnation for £129.

As with the original tablet, you can  bring the price down significantly (down to £65) using Club Card boost. This basically doubles the value of your loyalty vouchers at the checkout, so it’s really only for regular Tesco shoppers.

Meanwhile, check out our first impressions of the Hudl2 here.