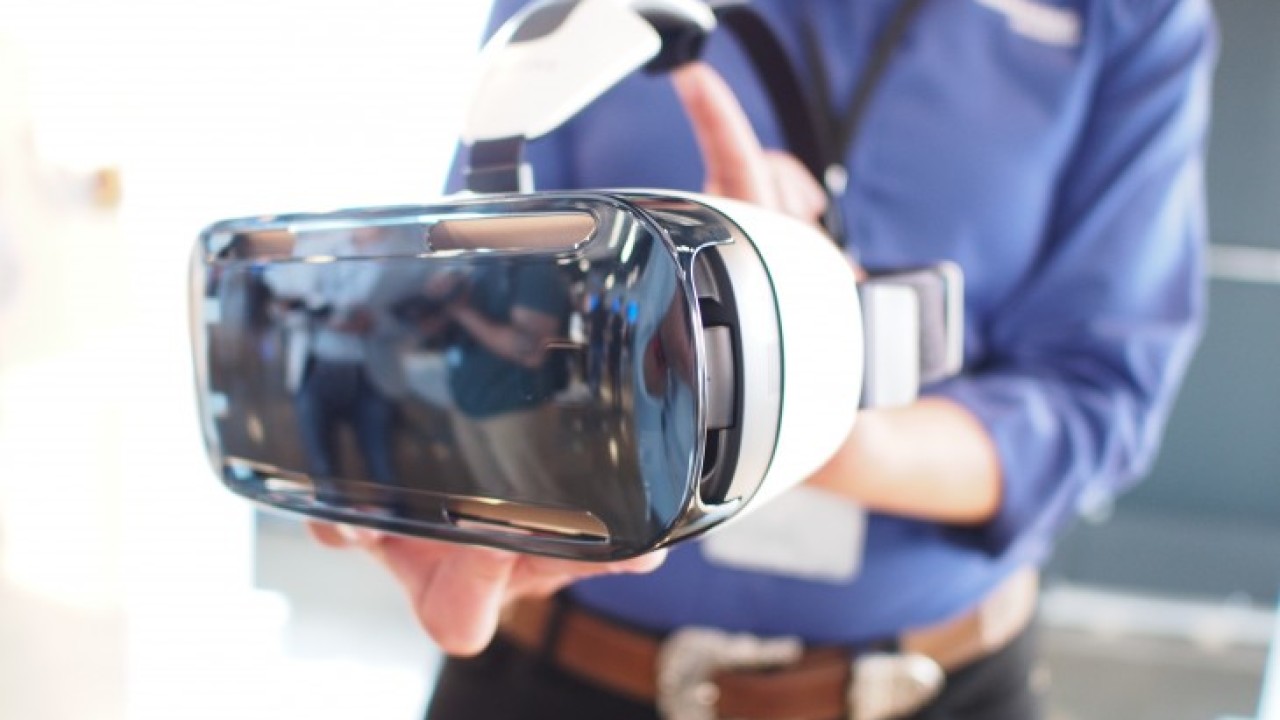 We had months in advance to prep for the launch of Samsung’s latest Note device, but when the Gear VR headset popped up on the radar last month, it actually did something we hadn’t felt about Samsung in a while. It got us curious, excited and even more intrigued by the partnership with Oculus.

The Samsung Gear VR is a stripped down version of the Oculus Rift, relying on the Galaxy Note 4 as the screen to power your virtual realm. All you have to do is insert the phone into the dedicated slot up front, strap the headset on and select whether to play the sound off its speakers or via headphones. Behind the front pocket are two lenses that converts the Note’s screen into a 3D display.

The right side of the Gear VR is where all the controls take place. A square, touch-sensitive pad lets you tap to confirm action, while a return button right above it lets you cancel commands or move back to the main screen. To navigate, you just move your head around to explore the screen, which feels as awkward as it sounds.

In the demo we got to play with today, we were immersed into an Avengers game that puts us in Tony Stark’s control room. Although the Gear VR comes with a separate hand controller, the demo only allowed us to look around and check out Iron Man’s gadgets (which includes a bunch of Samsung devices, naturally).

The headset lets us turn 360 degree to explore the 3D environment, which moved quite smoothly. You can also use a dial located between your eyes to focus the graphics. Admittedly, I have a hard time imagining how a person who wears glasses can do this comfortably.

Unfortunately, the game did not allow us to interact with any of the objects in the room, but the graphics did look bright and crisp. The weight of the headset is also not bothersome, but I wouldn’t recommend wearing the device for longer than an hour unless you’re craving a headache from the combination of the Gear VR’s weight, the strap around your head and 3D effects.

With the original Oculus Rift development kit already starting at $350, it’s hard to say how Samsung will price the Gear VR. Our best bet is that it will offer a bundle with the Note 4 or Note Edge, with the gaming controller as an extra cost.

The idea is definitely still novelty, but it’s cool to know that all it takes to power virtual reality is a strange headset and a giant smartphone. Whether or not the Gear VR will take off with the general market will depend on the pricing, though it is certainly more accessible now that it’s associated with a popular gadget brand.