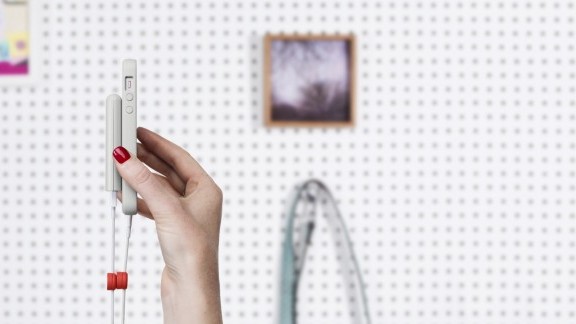 Anker, a popular mobile battery maker, today launched a crowdfunding campaign for Zolo, a new brand featuring a collection of affordable smartphone accessories that attach together via magnets.

The initial Zolo set includes a protective case for your iPhone 5s or Galaxy S5, a battery, a micro-USB cable and clips that you can attach to third-party cables. For the first 24 hours of the campaign, backers can get the set for an impressive $18. Zolo expects to begin shipping the new products this Fall in time for the holidays.

Since each accessory is magnetized, you can stick the battery to the back of your phone case or wrap your USB cable around the battery. The lack of a magnetized Lightning cable is a bit of a downer, but the included cable clips will snap onto the cable.

When I asked why Anker decided to launch a new brand instead of releasing the products under its own name, Zolo Senior Marketing Director Jason Lin explained that Anker’s focus is on powering your mobile life, while Zolo’s is on simplifying it.

Anker has the resources to bring the products to market on its own, but the company is trying to appeal directly to consumers in order to keep prices down. The crowdfunding campaign will connect Zolo directly to its customers, allowing it to bypass the markup that comes from distributing through retailers.

“We’re not on Indiegogo just to raise money,” Lin said. “For us, it’s about two things: validation and engagement.”

The validation piece is to ensure that Zolo is a right fit for the market. Backers will have a say in how the final product turns out, and Zolo can use the campaign as a test before it moves forward with other components of the ecosystem.

The cord situation in my gear bag is currently a mess. I use This Is Ground’s Cordito to wrap up a few of my cables, but I still end up with a tangled, damaged mess. Part of the problem is that many of the accessories I use come from different vendors, so I can definitely see the appeal of using a set of basic products from a single company.

Maybe it’s a holdover from my days with magnetic-sensitive hard drives and floppy disks, but the thought of using magnets feels a bit uncomfortable. However, Zolo said that, after extensive testing, it can 100 percent guarantee that your other devices won’t be damaged.

If Zolo takes off, the team plans to release a number of additional accessories that will work together with the case and battery.

“Our vision is for, at least in the near term, our simple connected system will grow into an entire collection of accessories that will work smarter together,” Lin said.

Zolo also has a few products in the pipeline that it could add to the campaign at certain milestones.

Phone accessories aren’t the sexiest bit of tech, but users are spending more to personalize their phones through cases and other products. Zolo’s new suite of smartphone essentials pack out your smartphone at minimal expense.