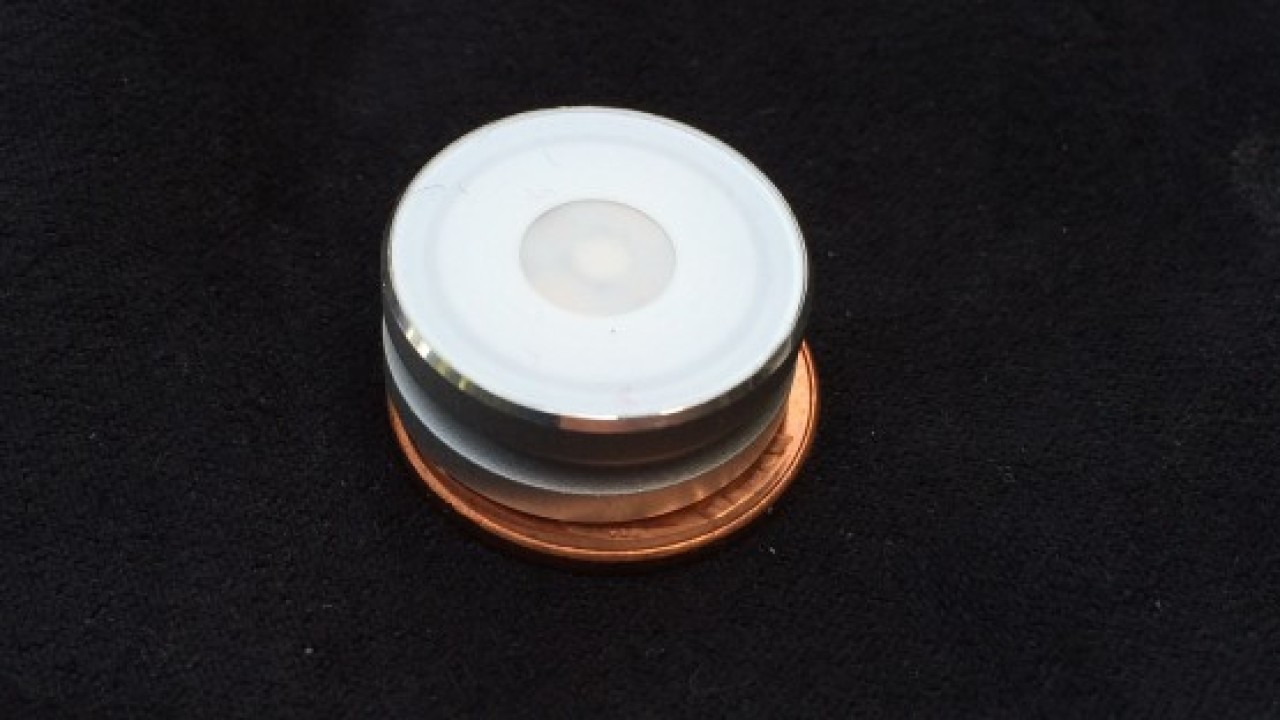 It’s time for us to face the facts. Bluetooth is holding wearables back. The new Bluetooth LE standard is certainly a step up from earlier power-hungry versions, but the need for a wireless radio just isn’t practical for many types of wearable categories.

G-Wearables’ Kickstarter campaign for the Goccia activity tracker offers an innovative alternative to Bluetooth: using light to sync via your phone’s camera. The device communicates with your phone by flashing an LED when placed on your front-facing camera. It’s a novel technique that enables G-Wearables to shrink the Goccia down to the size of a penny.

The light syncing method is innovative, but unfortunately, Goccia has borrowed heavily from Misfit’s Shine for the product’s design. Both devices have similar accessories for wearing them on lapels, necks, wrists, and both use LED indicators to track progress instead of relying on a dedicated screen.

Goccia, which is slated to ship to backers in late April and May, will track steps walked, calories burned, sleep, biking, swimming, hiking and other activities. It will support iOS at launch. G-Wearables is working on adding Android and Windows Phone apps.

One difference between the two is Shine uses a watch battery that you have to swap out every few months. By comparison, Goccia boasts battery life of between 10-14 days and comes with a wireless charging stand. You could make a case for either approach, but, in my experience, tracking down replacement watch batteries tends to be a pain. Shine is also quite a bit bigger than the Goccia, in part because of the decision to include a Bluetooth radio and a battery to power it. 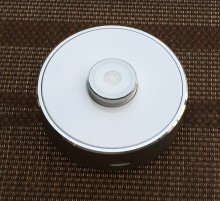 G-Wearables sent me a sample Goccia to check out the hardware, but I have yet to test it with the app. The external design isn’t particularly elegant, but its diminutive form factor means its looks matter less than other wearables, which would stick out because of their size.

Goccia feels suspiciously like a Shine clone, but it does two key advantages: its remarkable size and the LED syncing technology. If you’re looking for an activity tracker and want to help out a young startup with some interesting ideas, you should check out the Goccia, but if you need a device with more polish and beautiful design, you’d best stick with Shine.