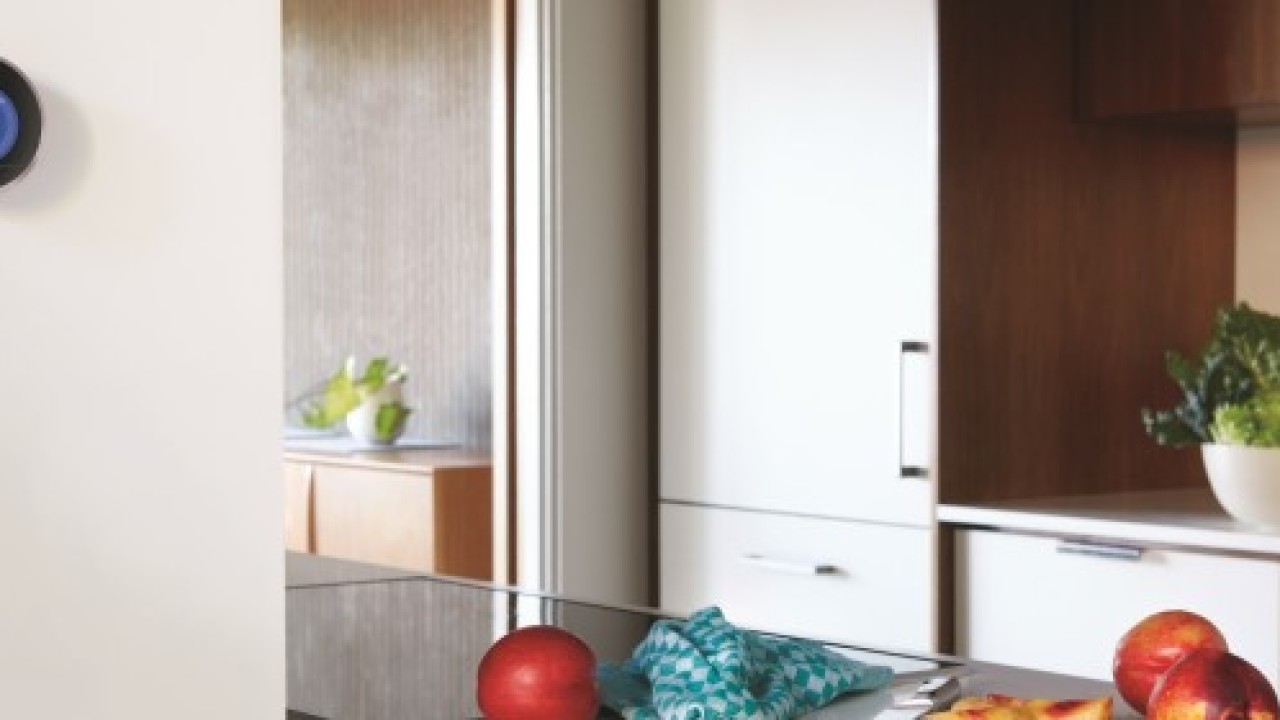 Nest, the company looking to reinvent dull-but-worthy household items such as the smoke detector, has announced that its Nest Thermostat is now finally available to buy in the UK.

Tony Fadell, ‘father of the iPod’ and founder/CEO of Nest, actually hates the word ‘smart’, which is why Nest describes its unit as a ‘learning’ thermostat instead. In reality, what that means is that there’s very little for you to actually do with it once you’ve got it installed and set up, which is a good thing.

The device has been available in the US since back in 2012, but due to differences in the way heating systems work it has taken a year-long, 100-household trial to work out the best way to deliver it to UK consumers. Now though, Nest says the Thermostat is compatible with “almost all central heating systems” in the UK.

Essentially, what it does is replace your current (likely ‘dumb’) thermostat and replaces it with one that automatically learns the temperature you like in your home at different times and adjusts accordingly. The result, according to Nest, are potential savings of somewhere in the region of 4 percent to 20 percent off your annual heating bill. According to its research, the average UK home spends around £1,300 per year on heating, and could save between £9 and £353 per year, depending on conditions, existing schedule and a few other variables.

Naturally, you still keep manual control of your heating when you want it and are free to turn the temperature up or down when you like – the company says the system is  clever enough to learn when you turn your heating up for a one-off situation, or to learn a small change if it’s a repeated action. When you do want to turn the temperature up or down, you don’t need to use the Nest unit necessarily – you can also do it from an Android or iOS device, or via the Web platform.

As well as learning your schedule over the first week or so (it doesn’t stop after this point, but those first few days will be the most instructive), it also has features like ‘Auto-Away’, which uses sensors in the device to recognize when there is no one around and therefore not to bother switching the heating on. Users can also review their energy usage history to see when they’ve been using the most, and see if there are any savings to be had at specific times.

It’ll also encourage you to turn your heating down by rewarding you with a leaf symbol each time you are below your normal temperature. There’s a gamification element at work here too as your leaf count is tallied and your ‘performance’ reflected in your monthly energy report comparing you to other Nest Thermostat users.

Handily, if you own a Nest Protect smoke alarm, the two devices can communicate with each other. So, say for example that the Protect detects carbon monoxide, it will instruct the Thermostat to switch the boiler off.

Although the device on sale in the UK performs exactly the same job as the US model, it’s actually slightly different – but keeps the same sleek design.

Instead of being a single unit though, the UK version comes with the Thermostat control itself plus a ‘Nest Heat Link’ that connects directly to the boiler. Users then have the choice of either wiring in the Nest Thermostat where the old one was, or if the old one is in an inappropriate place (not where you are most of the time, draughty corridor, etc.) using it without wiring it in – it just requires power via a micro-USB.

If you opt for the non-hard-wired route, there’s also an optional stand available for £29 – the idea is that you’d want to keep it on a coffee table or a shelf somewhere.

Nest is recommending that the Thermostat is purchased alongside professional installation for a total of £249, but it’s also available to buy as a standalone product for £179 from Nest’s website. It’ll also be available to buy from Amazon, B&Q, John Lewis and Apple. Nest also announced that it has landed npower as its first energy partner in the UK, which means it will be offered to npower’s six million customer userbase. Scoring a deal like this ahead of launch is a vital part of the puzzle for long-term success if you want to disrupt an entrenched market.

It’s been an undeniably long route to market for Nest’s Thermostat in the UK, and it’ll likely be a similar story for other European countries if Nest wants to keep on expanding – most of Europe is made up of differing systems and needs, so further trials will be required. With competitors like Hive and Tado already in the market, Nest doesn’t have the head start it had in the US, but what it does have is some big names behind it, npower backing and one hell of a beautiful smart thermostat.