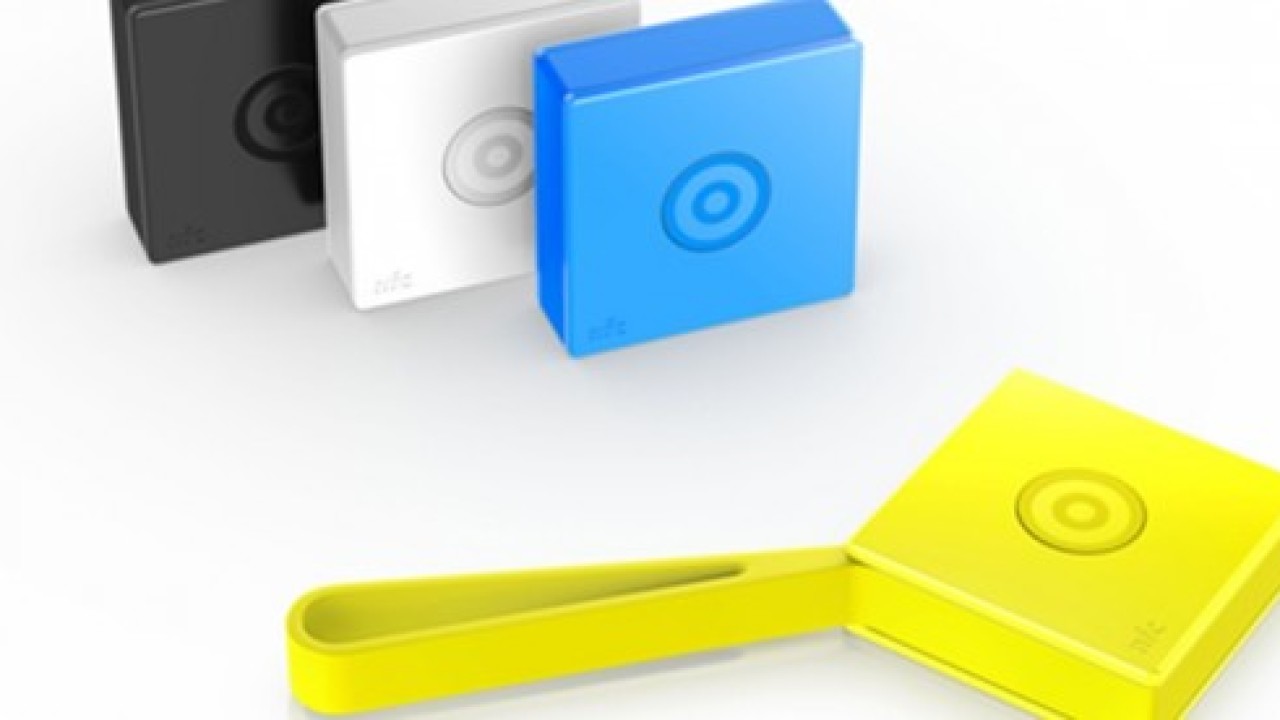 Nokia is introducing a new way to keep valuables safe on the go using your smartphone. Nokia Treasure Tag is a smart peripheral that syncs with Lumia devices to help keep track of keys, wallets, bags and other physical items — the device has been rumored since last summer.

The matchbox sized product (which measures 30 x 30 x 10mm) is available in a choice of four colors — cyan, yellow, white and black — and uses an NFC or Bluetooth connection and accompanying app to pair with a Lumia device. The idea is to prevent the item it is attached too being lost — the Lumia will play an alert if it is separated from the Treasure Tag and will pull up a map (using Nokia HERE, naturally) to help locate it.

Each Lumia can be linked to as many as four different Treasure Tags — which are managed via a Live Tile on the device’s start screen and can be deactivated when not needed. Nokia says that Treasure Tags have up to six months of battery life, and use a replaceable coin cell battery (CR-2032) for power.

The tags will go on sale worldwide in April priced at €24,90 ($29.90), and required paired Lumia devices to have installed the Lumia Black update.

Interestingly, Nokia says that there will be “third-party applications for Treasure Tag to support Android and iOS devices,” but provides no further details.