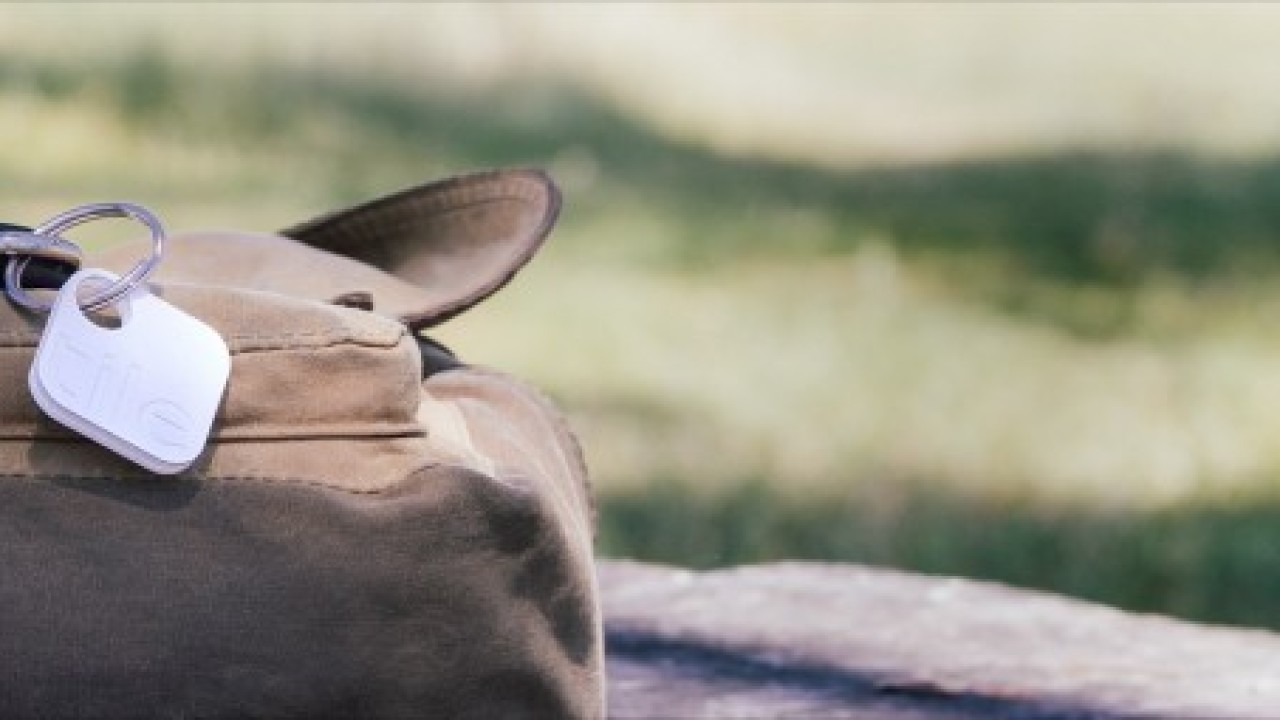 It always seems like you’re losing your wallet or keys, right? Technology finally has a solution for that. One of the latest crowdfunding trends is small devices that are for affixing to valuable items that are likely to be lost such as your laptop, car keys or wallet to help you locate them when lost.

The idea is that you attach something to whatever is important to you — such as a handbag or your keys — and register the object with an application on your phone using Bluetooth. Once registered, whenever you open the app (or go out of range of the object) you’ll be able to track where it was and receive an alert with the last known location.

There are lots of different ways to do that tracking and different form factors of the device so we’ve rounded the latest up for you to make an easier decision. After the jump we’ve got a look at the options available and which ones have the best features.

The latest entrant to the tracking craze is Kickstarter project Chipolo with a stylish keyring style attachment for objects. You’ll be able to attach it to almost anything like a laptop case, keys or even your pet (essentially anything that can have a keyring hanging off it) and register it with the app. Once registered, you’ll be able to use an app on your Android or iOS phone to locate the object over Bluetooth 4.0.

The app will allow you to make the Chipolo emit a noise to help you locate it, and it also shows how far away from the object you are. Chipolo has the unique functionality of including a temperature sensor in the tracker, so you’re able to find out just how hot it is where your device is.

Chipolo’s range is around 200 feet, so you’ll be able to find your device within a reasonable distance from your phone but it’ll require some walking around if you’re not entirely sure where you lost it (such as on a street, perhaps).

It doesn’t appear that you’ll be able to view it on a map in real-time, but the application will instead use a radar type tool to help you locate it, and you’ll be able to set up alerts for when the Chipolo goes out of range of your phone. One of the largest benefits of the Chipolo is that it has a replaceable battery, unlike competitors such as Tile where you need to replace the entire device when the battery goes flat.

The company also has an SDK so that developers can take advantage of the device and use it for other functionality (perhaps to build a location-based game?) meaning that hopefully in the future there will be a rich ecosystem.

Chipolo just finished an extremely successful Kickstarter but is available for pre-order with the company shipping devices in February 2014. It will be initially compatible with iOS and Android with Windows Phone support coming at some point in the future, along with a waterproof version of the device.

The very first location-based tracker that appeared on Kickstarter was Tile, with over 49,000 backers putting money into the project. Tile is a small square tracker that can either be stuck to objects or affixed with a keyring like Chipolo, but it has a number of unique features.

In addition to basic tracking within 150 feet, Tiles talk to one another so you have the whole world (if lots of people buy Tiles) helping you find what you’ve lost. When someone else who uses the app walks past your lost object that has a Tile attached, the location of your tile is updated for you, which makes it far more invaluable than a device on its own, especially if it’s been stolen.

The app will show you the last known location of the device on a map as well as a radar style view of how far away from it you are if it’s in range and it will update with the location if found in range of other users of the Tile application which is unique to this tracking device.

Unfortunately, Tile only works with iOS and there are no plans to bring it to other platforms at this time. There’s one other catch too: the battery isn’t replaceable. The company believes that this is beneficial as it allows you to know you’re getting the latest and greatest Tile on a yearly basis.

If you want one, you can preorder from the company website for shipment in Spring 2014 for $19.95 a tile.

The smallest device of the lot, StickNFind is about the size of a quarter and comes with an adhesive side so you don’t have to leave it hanging off your valuables (allowing you to conceal it a bit more than the other alternatives).

StickNFind also uses a radar-style view to help locate your lost object as well as providing alerts for when you stroll too far away from it. They also have a buzzer as well as a light to help locate them in the dark or when underneath something else. Inside the StickNFind is a user replaceable battery (similar to a watch) and the device has a range of 100 feet.

It’s compatible with any iOS or Android device that supports Bluetooth 4.0 and is available now at $49.99 US for a pack of two stickers.

Just like other devices in this post, Wallet TrackR is a device that can be attached to keys, bags or put in your wallet. It features a user-replaceable battery that lasts up to two years and we’re told that it has undergone extensive testing to ensure it’s able to withstand being sat on while in a wallet.

Objects can be found at a range of up to 100 feet, but the company also claims it’s the only device to support two-way tracking so you’re able to find your smartphone too. If you’ve got your keys with the TrackR attached but don’t know where your phone is there’s a special button on the Trackr itself that will make your phone ring to help find that too.

With TrackR, you can set your phone (and the device) to beep when they’re out of range of each other. If you don’t have that set up and happen to forget something, the application records on a map where it last saw your object.

TrackR works with any iOS or Android device that is compatible with Bluetooth 4.0 (although the Android app can only currently track one tag) and costs $29.95 for one tracker. The company behind the Wallet TrackR also sells a similar button-sized tracking device as well as one that it hopes to eventually sell that can attach to a pair of glasses.

Unlike the other tracking devices we’ve covered here so far, the Locca can track objects without needing your smartphone to be nearby. The company sells two separate versions of the device; the LoccaMini for tracking objects like bikes and handbags and the LoccaPhone for tracking children and cars.

Locca’s devices are able to be tracked regardless of how far they are away from your phone, which means if the object is stolen with one attached or inside, it is easier to find it without knowing exactly where it is. They also have a range of sensors onboard, such as the ability to detect a crash or if they go over a particular speed.

The LoccaPhone has the added ability to perform two-way communication so it’s great for giving to children so they can be easily located and can contact their parents if they need to, using a simple button to make a call.

Compared to the other devices in this roundup, both Locca devices are quite large and often require a mount or case to be attached to something. The batteries are much shorter lived too due to their live updating nature, with the Mini coming in at 7 days of battery and the Phone coming in at 40 days of battery.

Right now, Locca is raising funds via an IndieGoGo campaign for a minimum pledge of €99 for one LoccaMini or €149 for a LoccaPhone.

Another successfully funded IndieGoGo product that’s available for preorder is the Gecko tag which does more than just object tracking; it can also be used as a camera trigger, music control or smart leash for your pet.

The tracking itself is similar to the other devices listed here and can track objects within 100 feet of the phone. If the object it’s attached to is completely lost, users are able to enlist their friends to help them find it using Facebook and the mobile app. If it’s detected by any of your friends who have the Gecko app installed on their mobile device, the application will update with the last known location to let you know.

The company also brags that the Gecko can do much more than just helping you to find your stuff, with the ability to skip tracks using gestures, pillbox tracking, a virtual leash for your pet and the ability to trigger cameras to take photos without ever touching them.

Gecko’s battery lasts a year and is user replaceable since it’s just a traditional watch-style battery. As with most of these devices, the Gecko is compatible with iOS devices that support Bluetooth low energy as well as a handful of Android smartphones.

Right now, Gecko is only available for pre-order for $25 a device but the company doesn’t actually state when they expect them to ship.

Unlike the most tracking devices that are intended to help locate objects, the Guardian is targeted directly at parents who want to keep track of their children.

The device is a wristband or belt buckle that is worn by the child to put a type of virtual leash on them for peace of mind. Using Bluetooth Low Energy, like all tracking devices, means that when the family goes out they can quickly find the child within 230 feet using a map.

If they go further away, the Guardian app can be put into “lost” mode which will enlist all others with the application installed to help locate the child, giving a greater chance of finding them. It’s also waterproof and the battery lasts up to a year before it needs replacement.

The company behind the band is tackling a big issue with over 800,000 children going missing globally every year, and it hopes that even people who don’t have children will download the application to help fight kidnappings around the world.

Guardian is available right now for $24.95 per device and should ship within seven days of being ordered. They’ll also donate one device for every two purchased to those in need.