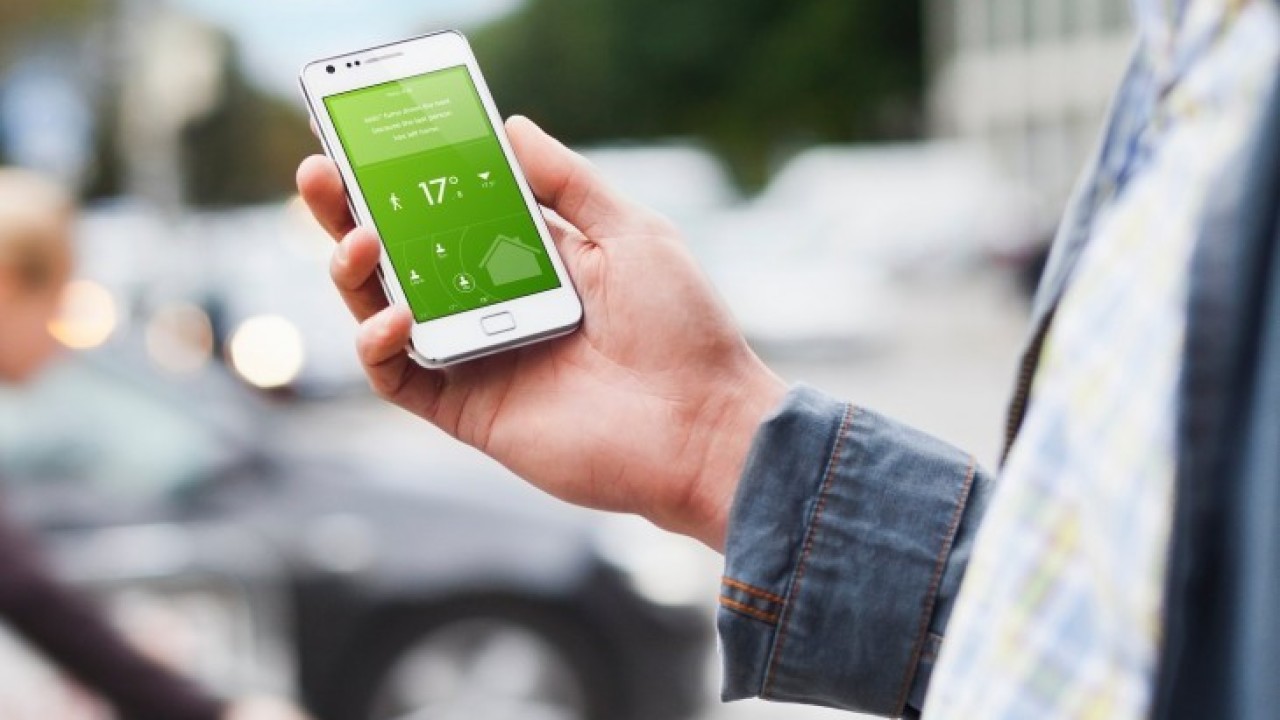 Tado, the smart thermostat that can automatically moderate the temparature of your home, is now available to buy in the UK.

With the Internet of Things, smart cities and connected everything, central heating is one of the areas just waiting to be dragged into the next generation – and Tado’s not alone, with rivals in the form of other companies like Honeywell and Nest, it’s going to be a hotly contested space.

Unlike a normal thermostat, Tado’s system is controllable from a smartphone (iOS or Android) thanks to a little box you plug into your router.

This connection allows the app to send data to and from your phone, and is what allows it do to things like switch off your heating automatically as you leave the house, or use GPS to sense when you are approximately 20 minutes from home and  then switch it on again, so that your house is nice and warm when you get there.

It’s a pretty appealing prospect, particularly with winter drawing in.

The system itself is relatively simple, once installed, and the idea is that with most of its functionality automated, you really shouldn’t have to set things manually at all – that’s not to say you can’t though, of course.

It really does promise to be properly smart too. Tado knows that houses heat up and cool down at different speeds and will learn over time what works best for your home. It also knows that some days will be unseasonably warm or cold by checking weather reports automatically online, and then makes adjustments to your heating schedule for the day.

Similarly, that GPS feature that senses when you’re approaching home and switches the heating on can also learn that perhaps you only work around the corner so are within range of your house all day. In this scenario, rather than keep the heating on all day in anticipation of your arrival home, it keeps it at a lower temperature, ready to heat up quickly when you do actually start to return.

The app also supports more than one user too, so the whole family can get in on the Tado action.

While this is all great in theory, those features depend on one key thing: getting it installed, a feat I never achieved.

When I attended the UK Tado launch in London a few weeks ago, the product was being pitched as primarily self-installable. The exact words bandied about were “if you can change a lightbulb, you can install this” and “if you can put together Ikea furniture ,you can do this”. I can do both of those things, but following Tado’s instructions nearly got me into hot water – pun intended.

Because each system needs to be tailored to your heating system – the type of boiler and thermostat, plus potential external controllers – each comes with its own self-installation workflow. Unfortunately, while the section to remove the mains-wired thermostat was correct, the section on connecting it to the boiler wasn’t, meaning, if I had I followed it, I would have incorrectly connected the Live, Earth and Neutral wires directly into my boiler’s control panel. Fortunately, I did not.

Instead, I let Tado know and they provided me with a new set of  instructions, and while less incorrect, they were still incorrect and resulted in no power to my boiler whatsoever. I then rolled back what I had done and decided I no longer wanted to install the Tado myself. I can change a lightbulb, but that has never involved tampering with my mains electricity before.

Again, I let Tado know the situation and as a result of the feedback the company said it will no longer recommend self-installation as the default. Instead, an engineer is now the recommended default installation method and will be provided free of charge for customers that buy the system between now and January 2014. After that, it’s chargeable – currently listed on the site as £89.

While not prohibitively expensive, the apparent need for an engineer visit does add quite significantly to the overall price. Renters might also want to bear in mind that your landlord or management agency is unlikely to be too pleased with you having changed the controls for the central heating, so you’ll probably want to have it removed before you leave – meaning another engineer visit or braving it on your own.

It’s also worth bearing in mind that there’s a good chance it might not be compatible with the system in your next house too, if you’re renting your home.

For home owners or people with no imminent house move in sight, these kind of concerns are, of course, less of an issue.

The future of heating?

The kind of experience that Tado is aiming to deliver is undoubtedly the future of central heating, but with a few companies already in the space – or looking to soon enter the UK market – like Honeywell and Nest, whether Tado will be the company to crack it remains to be seen.

For home owners wanting to modernise their central heating and potentially save a little cash too, Tado is one of the options available right now – and with a consistently good design running throughout Tado, whether that’s the UI on the apps, the website or the (incorrect) workflow I attempted to use – it certainly looks like something I’d be interested in using. I just wish I’d managed to have gotten it installed.