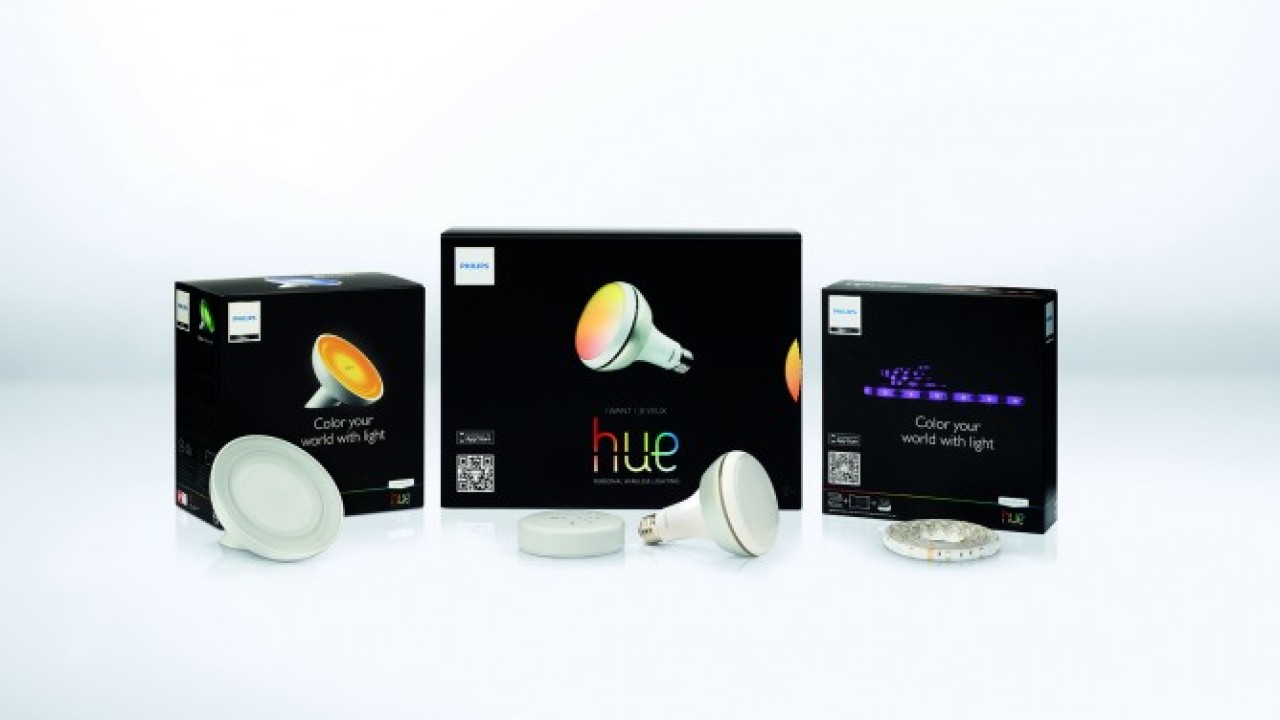 Growing its line of colorful Web-enabled light bulbs, Philips has introduced the new Hue BR30 Downlights – a new series of bulbs designed for spotlights and feature walls. This expansion comes after the company released two Friends of Hue accessories, the LivingColors Bloom and LightStrips – this past August.

The Downlights are available in an introductory three-bulb pack just like the original Hue bulbs except this time, the set features larger bulbs that cover a wider surface area. The starter pack comes complete with the Hue Bridge to connect the bulbs to the Internet, so users can turn the lights on, off, or change their colors straight from their smartphone.

Because the Downlights are larger than the original Hues, it’s also slightly more powerful at 630 lumen per bulb (compared to Hue’s 600 lumen). Shelf life remains the same at 15,000 hours per bulb, and all the integrated iOS and Android features are still there, such as IFTTT and geofencing.

In addition to the new Hue bulbs, Philips also announced a partnership with Disney to offer StoryLight – a specially-designed bulb set that syncs with Disney e-books to create an atmosphere that matches the magical tales. Hues can also now integrate with the Philips AVENT Smart Baby Monitor to set mood lighting to help ease infants to sleep.

If you already own the original Hue starter pack, you can purchase the Downlights individually and sync them to your existing Bridge network. The Hue BR30 Downlights and StoryLight starter pack will go for $199 a set, and each Downlight bulb costs $59. All are available today in the US at the Apple Store, Amazon, and Apple.com.