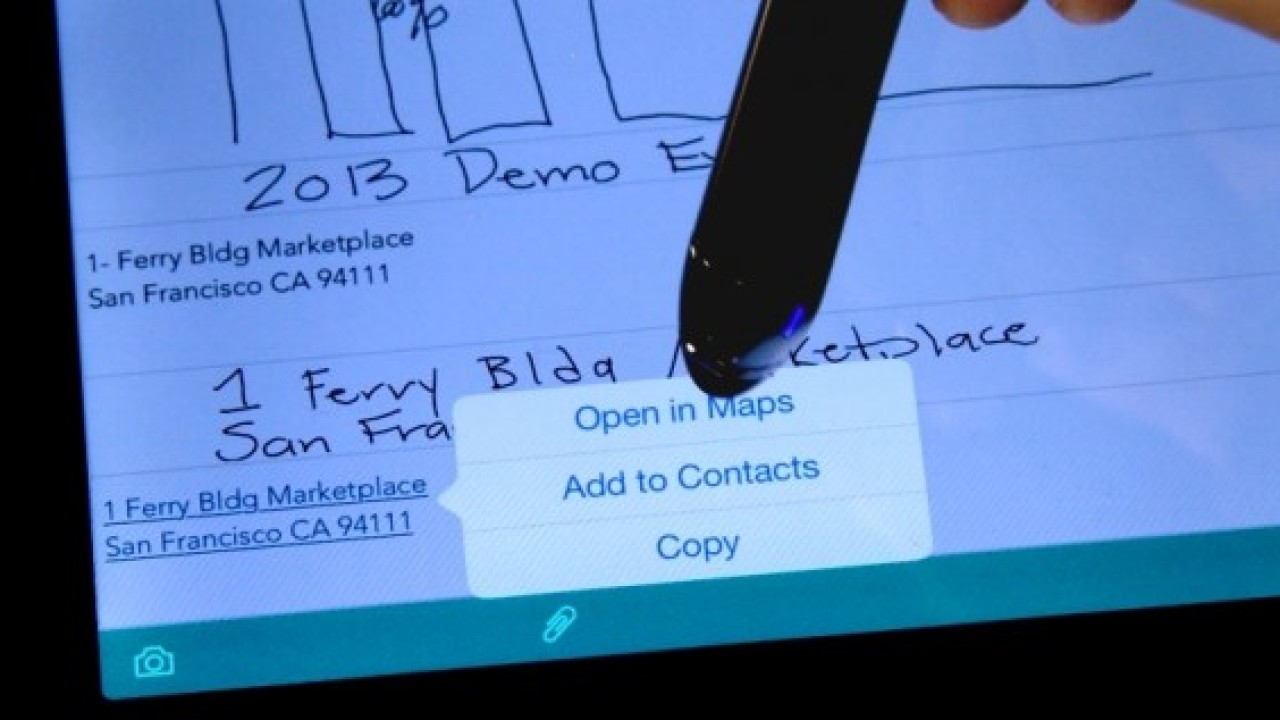 Livescribe has announced its new Livescribe 3 Smartpen, to help transfer handwritten notes into digital form on your smartphone and tablet.

We first brought you news on Livescribe with its Echo Smartpen way back in 2011, which we said dragged the humble pen into the 21st Century. It then followed up with a WiFi incarnation a year later.

Now, with the Livescribe 3 Smartpen, when you start writing on the special ‘dot’ paper, your words, doodles and diagrams appear immediately within the companion Livescribe+ mobile app for iOS via the gift of Bluetooth. You can even use the built-in microphone to create ‘pencasts’ that sync the audio with written notes.