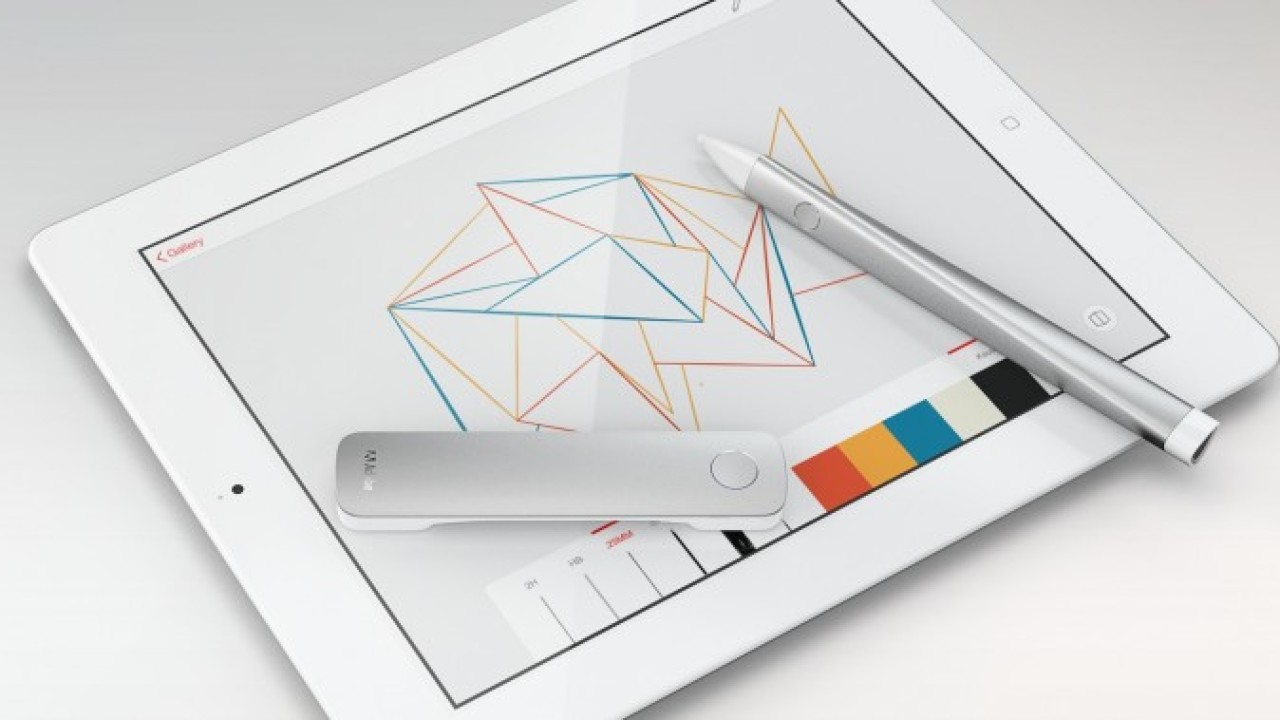 At its MAX event in May this year, Adobe revealed that it was experimenting with hardware in the form of ‘Project Mighty’ – an Internet-connected stylus, and ‘Project Napoleon’, an accompanying digital ruler. Now the firm has announced that these two devices have graduated from experiments to full-blown products that will be released in the first half of 2014.

The pressure-sensitive, Bluetooth LE-equipped Project Mighty ‘cloud pen’ is designed to work with the iPad, and while you can use it as a normal stylus with any drawing app, special Adobe software will be available that will allow it to perform to its full potential, with Creative Cloud integration to save your work to use elsewhere, and copy/paste functionality.

Adobe is teaming up with Adonit to produce Mighty, which sports a twisted aluminium shell that’s designed for comfortable usage while you’re drawing. A notification LED at the end of the device can emit a range of colors to signify things like battery status and data transfer. The light is surrounded by connectors for a USB charging cable.

Meanwhile Project Napoleon (named so because it’s a short ruler, geddit?), is a companion device that is also Bluetooth LE-enabled. It allows you to draw more precise shapes at any angle with Mighty. You can get a good idea about how the two devices work together in the video from earlier this year, below.

Along with Creative Cloud, this move into hardware is part of Adobe’s drive to reinvent itself for the age of subscription-based and cloud-based software, and the broad democratisation of creativity that low-price apps and devices has unleashed. The company wants to attract both high-end professionals and what it described in a briefing with us today as “The Instagram Generation” with Mighty and Napoleon.

Adobe isn’t saying exactly what apps will be available alongside Mighty and Napoleon, but the company has plenty of time to firm up those details, with a window of up to June next year to ship the devices on schedule.