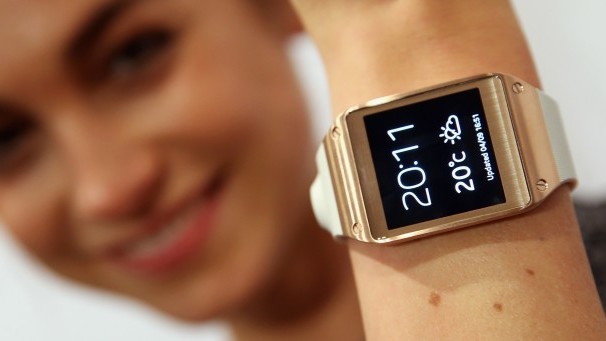 Today was a big day for smartwatches. Sony showed off the Smartwatch 2 at IFA, Samsung announced the much-talked-about Galaxy Gear and Qualcomm took the lid off the Toq.

The truth is that smartwatches have been around for a while now. Microsoft tried to get things going with its Smart Personal Objects Technology almost a decade ago. Samsung was supposed to kick off a new era in intelligent timekeeping today, but, like so many other failed attempts, the Galaxy Gear is hardly smart enough to deserve the designation.

Many of us have just given up on wearing watches altogether as cell phones and then smartphones took over as our main way of keeping track of time. I own several watches, but none of them offer enough of a benefit to offset the inconvenience of actually having to wear them.

The geek in me wants to be excited about smartwatches, but I have yet to see a unit that dreams big enough to justify shouting down the pragmatist in me. The allure of getting my phone’s notifications on my wrist just doesn’t do it for me.

The most interesting feature about the Galaxy Gear from Samsung’s presentation was the “Memographer” camera positioned on the wristband, but at 1.9-megapixels, it’s more of a toy than a camera. Even if I wanted to buy a Galaxy Gear, Samsung is limiting initial compatibility to just the Galaxy Note 3 and the Galaxy Note 10.1. It’s almost as if Samsung’s main use case for the Galaxy Gear is to mitigate the pain of pulling out its oversized phone and tablet.

Samsung is, however, taking the right approach in tapping third-party developers. A dozen apps from developers like Evernote, Glympse, MyFitnessPal and Path were shown off today, and the firm expects to have 70 apps in total. A healthy app ecosystem will smarten up the Galaxy Gear and other smartwatches in the same way that apps have made smartphones more intelligent and more useful. However, Samsung has a long way to go. When I look at the initial crop of Galaxy Gear apps, none of them have a killer feature that would convince me to buy the device.

Battery life is an ongoing issue for the new generation of smartwatches. According to The Verge, the Galaxy Gear didn’t have enough capacity to make it through a hands-on briefing. Even adjusting for the fact that hands-on time at a launch event is more intensive than everyday use, it doesn’t bode well for Samsung. Sony says the Smartwatch 2 can last up to four days on a charge, while Qualcomm is aiming for as much as a week on the Toq.

Smartwatch makers right now are making compromises between cool functions and battery life. The product category’s time will come when vendors are able to offer both.

Wearable devices offer certain levels of convenience, but they also carry added friction with them because they must be worn. Google Glass is going to have similar difficulties convincing users that its benefits are worth the initial stigma and inconvenience of walking around with a face computer. Even so, I’m more likely to give a heads-up display a chance at this point since I already wear prescription glasses every day.

This latest batch of big-name smartwatches is still too pricey for me to make the leap. The Galaxy Gear’s $299 price tag makes it more costly than low-end Android smartphones like the Nexus 4. Sony’s Smartwatch 2 costs $262, but even that’s not enough to tip the scales.

Qualcomm is also expected to sell its Toq for around $300. Considering that Qualcomm is taking a limited edition approach to the Toq, the project ends up being more of a showcase for Qualcomm’s Mirasol and wireless charging technologies than an actual consumer product. The Toq’s production costs would drop if produced at a larger scale, but Qualcomm doesn’t seem ready to make that commitment. And rightfully so, as the market has yet to demonstrate its willingness to buy smartwatches en masse.

To its credit, Pebble has attracted a sizable following after racking up 275,000 pre-orders, but that’s still a fraction of what major manufacturers need to achieve true scale. The Pebble’s $150 price is nicer on the wallet, but the watch hardly qualifies as smart. I don’t actually know any early Pebble adopters that enjoy and still use their units.

While I’m arguing that the smartwatch isn’t ready for mass adoption now, it’s only a matter of time before the product matures. Fitness bands like the Nike+ Fuelband, Fitbit and Jawbone Up are acclimating our culture to wearing devices on our wrists again, and they’ve done so while remaining affordable, useful and unobtrusive. Google is believed to have been quietly working with WIMM on a smartwatch and rumors have suggested that Apple is developing one as well.

New product form factors need time to sort out how they fit into the market. After all, smartphones and tablets took a few generations to come into their prime. I’m not giving up on smartwatches just yet, but the clock is ticking.