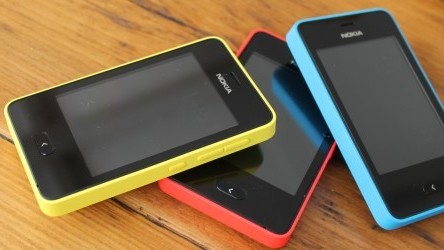 Nokia announced today that the Asha 501, its first smartphone to run on the new and radically overhauled Asha mobile platform, is launching in Thailand and Pakistan this week.

It’s been a few weeks since Nokia unveiled the new low-end handset – which runs on the Series 40 mobile operating system – but the company also confirmed it would be rolling out “in subsequent weeks” to India, Europe, the Middle East and Africa, Asia-Pacific and Latin America.

The device is part of a new range from Nokia aimed at emerging markets and those looking to buy their first smartphone. For a long time Asha handsets have been perceived as feature phones, but with the Asha 501 it’s clear that Nokia has pushed Series 40 into a new bracket of functionality.

It features two main screens, which Nokia calls ‘Home’ and ‘Fastlane’, for launching software and taking action on new notifications. Home is a more traditional take, with a grid of familiar icons for launching apps such as Facebook, Twitter and Foursquare, as well as accessing common device settings.

The Fastlane view is a condensed notification center that unifies messages and activities from a number of Asha-supported apps and services. Updates are filtered based on time, so that the most recent and arguably pressing notifications are displayed at the top.

The Asha 501 has a recommended retail price of $99 (€75) and is designed to go toe-to-toe with the growing number of low-end Android smartphones, as well as Firefox OS and BlackBerry 10. The Asha platform is a huge improvement on its formative version, but it’s still a long way from matching the functionality found on Google’s popular mobile operating system.

Nevertheless, it’s an eye-catching device. The Asha 501 sports the usual rainbow range of color variants, including green, yellow, red and blue, wrapped in a body that looks both premium and incredibly durable. It features a fairly low resolution 3-inch touchscreen, however, and a 3.2-megapixel QVGA rear-facing camera.

There’s no front-facing camera to speak of, although Nokia has built its own voice-guided camera software to help users shoot the perfect self-portrait. It also weighs just 98 grams and comes with the Nokia Xpress Browser pre-loaded, which is capable of compressing Internet data by up to 90 percent.

The device isn’t coming to the US or Canada, where Nokia is prioritizing its Lumia range of Windows Phone 8 devices. Nevertheless, we’ll be keeping our ears to the ground and will let you know when the Asha 501 hits new international markets.