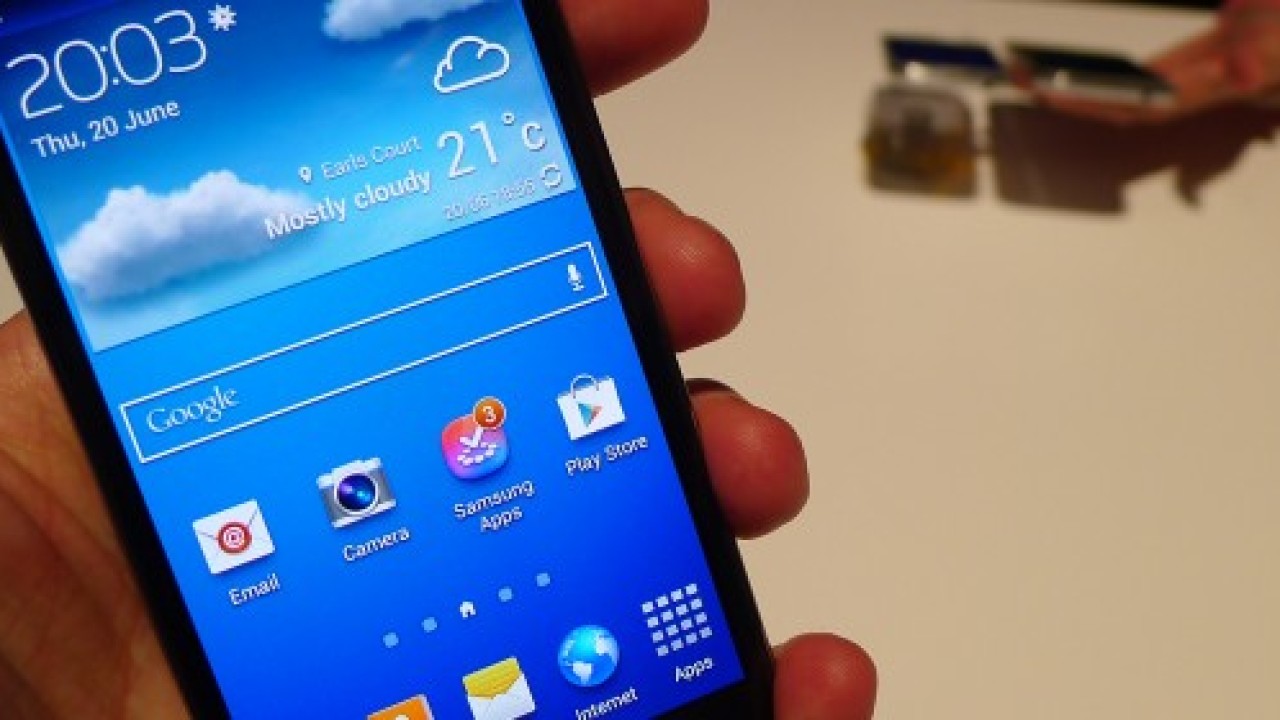 Samsung lifted the lid on the Galaxy S4 Mini a while ago, revealing a mid-range Android smartphone with a smaller 4.3-inch qHD Super AMOLED display.

It’s a step-down from the original Galaxy S4 – which has already sold over 10 million units globally to date – offering a 1.7 GHz dual-core processor, 1.5GB of RAM and 8GB of internal memory. The handset is powered by a 1900 mAh battery, which is serviceable but far below the 2600 mAh version fitted in its older brother.

The smaller display and less powerful process should ensure that the Galaxy S4 Mini comes in at a lower price than the original Galaxy S4, opening it up to a much wider group of users on more affordable contracts.

The Galaxy S4 Mini was on show at Samsung’s ‘Premiere 2013’ event in London today – where it also showed off a number of new ATIV devices – so TNW took the chance to go hands-on and serve up some initial impressions.