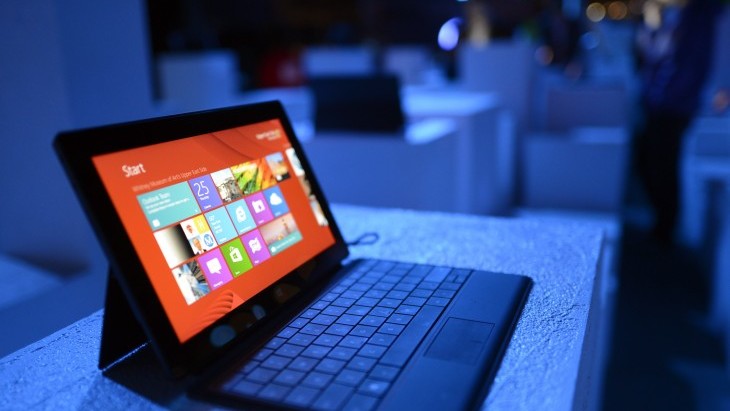 Microsoft is launching a new version of the Surface Pro, its intriguing tablet-laptop hybrid, in Japan with 256GB of internal storage and some exclusive Touch Covers for users to type on next month.

The fresh hardware, spotted by The Verge, is the first time that Microsoft has offered the Surface Pro with such a large amount of storage. For comparison the Surface RT, which doesn’t run the full Windows 8 Pro operating system, is only available to purchase with either 32GB of 64GB.

Additional storage is always welcome, although it’s worth bearing in mind that only 208GB of space will actually be available to use on the new 256GB model. That near 20 percent drop in space is presumably due to the stocky operating system and plethora of pre-installed apps, but nevertheless, you have been warned.

Elsewhere, the Japan-exclusive Surface Pro looks much the same as its international counterparts. It offers a 10.6-inch touchscreen set at 1920×1080 resolution, an Intel Core i5 processor and 4GB of RAM as standard.

Priced at 99,800 yen (roughly $982 USD), Microsoft is also pushing a trio of artistic Touch Covers for the Surface Pro, produced in collaboration with other artists and companies. We’re particularly taken by what appears to be a Tachikoma from the popular anime series and films Ghost in the Shell.

The new device will launch on June 7 and come with Office 2013 bundled in; a nice touch for those who still like to use Microsoft’s native productivity applications.

The new Japanese variant follows a wider roll-out of both the Surface RT and Surface Pro, bringing total availability to 29 and 27 markets respectively. All of these additional launches are taking place throughout May and June, signalling a renewed push by Microsoft to increase global sales of the device.

The Surface Pro has arguably been a difficult sell for Microsoft. It’s too expensive to be a true tablet, but the flexible keyboard means that the Surface Pro is also unsuitable for serious typing while it’s sitting on your lap. Microsoft is yet to release any sales figures for either the Surface RT and Pro, however, so its market success or failure is still entirely speculative.

Internal storage is arguably less of an issue these days, what with the move towards Web-based services and cloud-based file storage solutions, but nevertheless, a new 256GB model will likely be welcomed by consumers in Japan. We’ve reached out to Microsoft to find out if this new variant will be available internationally down the line.