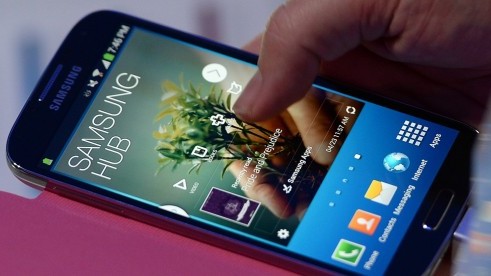 Samsung expects Galaxy S4 sales to break the 10 million milestone over the next seven days, making it one of the fastest-selling smartphones the company has ever produced.

Shin Jong-kyun, co-CEO of Samsung Electronics told a number of journalists at an industry event in Seoul, South Korea, that the company was “confident” it would pass the milestone before the end of next week.

“It is selling much faster than the previous model S3,” he said.

If global sales for the Galaxy S4 continue to rise and hit the 10 million mark as expected, it will also claim the title of the company’s fastest-selling smartphone. In comparison, it took the Galaxy S3 two months to hit the same lofty goal.

The Galaxy S4 launched in most markets on April 26, which means that it’ll have had a little under a month to make the same progress. It highlights a growing interest not just in the Android platform worldwide, but also Samsung’s smartphone portfolio on the whole.

The Galaxy S4 has enjoyed a monumental marketing campaign both before and after its launch, starting with a number of teaser videos that included Seth Rogan and Paul Rudd during the Superbowl, as well as this little chap leading up to the launch event in New York.

The Broadway-style unveiling in the Big Apple drew some criticism from the press, but it was without doubt one of Samsung’s grandest and most high-profile media events. Billboard and television advertisements have since swamped a number of major cities, giving the Galaxy S4 the best possible chance at retail.

All of this has undoubtedly had a positive effect on initial sales.

Google surprised many attendees at its I/O developer conference when it announced a new version of the Galaxy S4 running stock Android (version 4.2.2). The device will be available from the Google Play Store for $649, with all the usual high-end hardware; a Snapdragon 600 chipset, 13MP camera, 16GB of internal storage, a 1080p display and LTE support.

Sales figures for the Nexus line – a dedicated range of stock Android devices produced by Google in conjunction with an OEM partner – are notoriously hard to come by, but the updated Galaxy S4 is likely to be a first-choice device for Android developers and general Google enthusiasts. Therefore, it’s safe to say that Samsung will be breaking more sales milestones later this year.